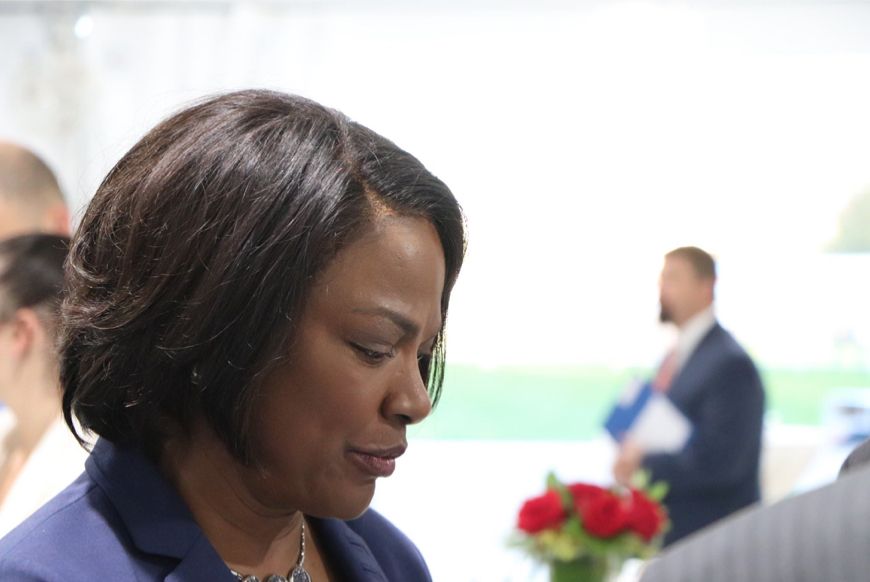 Did the Senate candidate use House resources to reach voters around the state?

The Gainesville Republican, who serves as the ranking Republican on the House Communications Standards Commission, sent a letter seeking an investigation. That comes after a complaint from Americans for Public Trust showed Demings, a candidate for Senate, sent official House mail to Florida residents living well outside of Demings’ current home in Florida’s 10th Congressional District.

“A Member’s candidacy for statewide office is a prime reason these rules exist and why Members must take extra caution to have adequate controls and maintain oversight of vendors operating on their behalf to ensure that their mass mailings are not sent outside of their current congressional districts,” Cammack wrote in a letter to Commission Chair Mary Gay Scanlon.

The complaint from Americans For Public Trust included a piece of mail that went to an address in Stuart, far south of Demings’ Orlando area constituency. “Rep. Demings has used taxpayer funds to send a 12-page mail piece touting her accomplishments in 2021 to Florida residents that live far outside of the district she represents,” the complaint reads.

That the mail went out after Demings filed to challenge Sen. Marco Rubio, marking her first run for statewide office, makes any publicity outside her House constituency all the more suspicious, the complaint suggests.

Rubio’s campaign pointed at the tension as one more sign the leading Democrat challenging him brings ethical baggage to the campaign.

“Val Demings has racked up three ethics complaints in the mere nine months since announcing her campaign, yet Washington Democrats are shielding her from scrutiny. More proof that Pelosi’s allies will do anything to prop up their Senate candidate in Florida,” said Elizabeth Gregory, a spokesperson for Rubio’s Senate campaign.

Americans For Public Trust closely follows actions of political groups, and usually focuses on Democratic members and groups, though it also recently filed an ethics complaint on Republican Rep. Madison Cawthorn of North Carolina. The group in January asked for an investigation of Demings and for the House to take corrective action to prohibit more misuse of public dollars.

Demings, for her part, maintains the complaint is without merit. Attorneys for Demings said mail only went outside of CD 10 based on a vendor error. The single piece of mail provided as evidence was not on a list of recipients provided to Patriot Contact, a vendor that sends member mail to constituents.

“The Commission has historically found this type of inadvertent mailing, outside a Representative’s knowledge or control, not to constitute a violation,” the letter from Demings’ legal team states. “Indeed, it would be practically impossible for the Representative’s office to verify that none of the constituents listed on publicly available voter registration lists have moved out of the district at the time of each mailing, given the frequent changes in such information.”

Patriot Contact admitted to the error and reimbursed the U.S. Treasury for postage on any mail inadvertently sent outside of Demings’ district, the attorney letter stated.

That explanation was enough for Chair Scanlon, a Pennsylvania Democrat. She wrote in a letter back to Cammack that the Commission historically had written off this kind of incident.

Cammack said even taking Demings’ explanation at face value, it’s concerning that a Representative would take such a hands-off approach with whether contracted vendors were following the law.

“Here, even though the Member is a candidate for statewide office, she appears to have engaged in little to no oversight of her vendor’s operations, explaining that she was so unaware of its operations that she neither reviewed nor approved final mailing lists to ensure compliance, did not know and did not inquire concerning the vendor’s mailing practices, and was overall so uninformed about the process that she did not know a violation had occurred until Americans for Public trust filed the underlying complaint.”