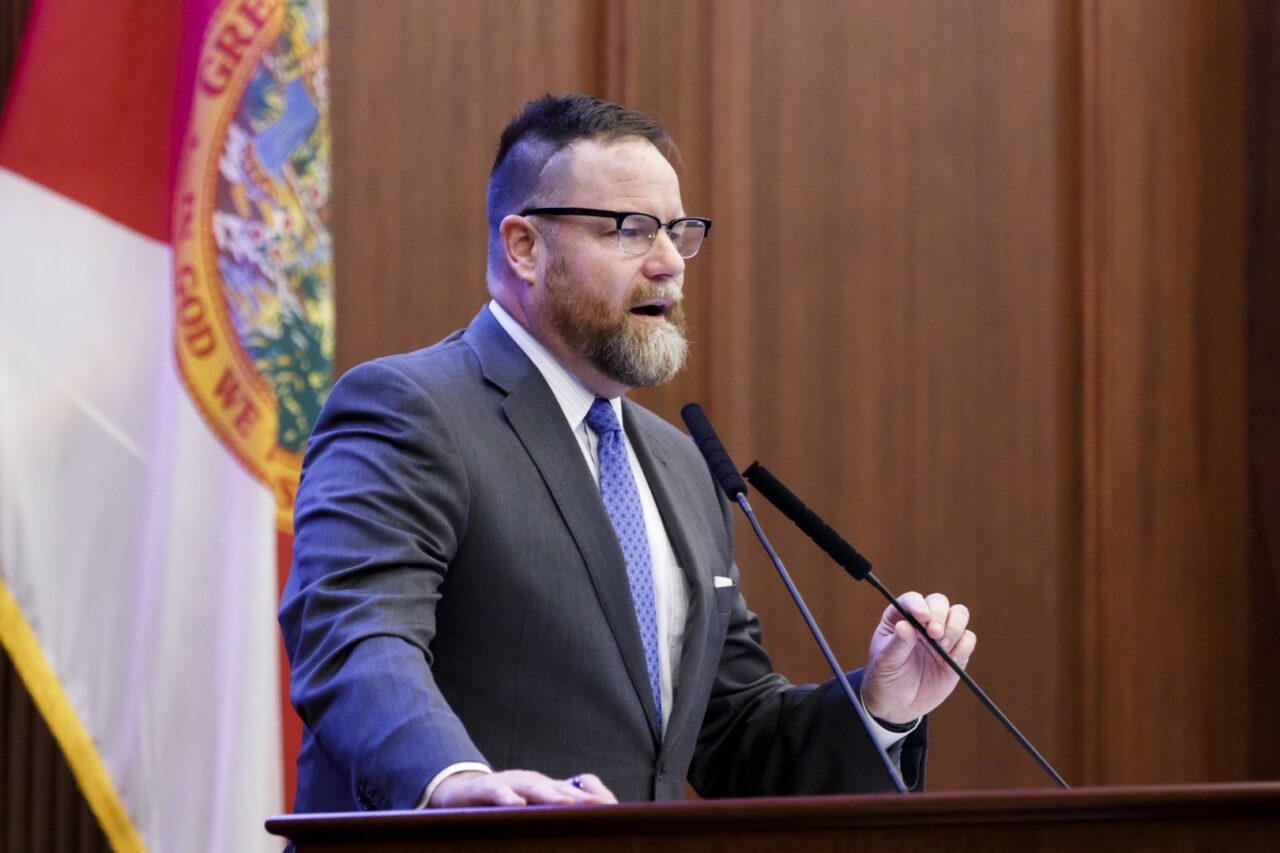 'Nobody wants to be here. Think I want to do the bill?'

The Senate is nearing a vote on legislation to further crack down on illegal immigration, a priority for Gov. Ron DeSantis.

In discussions that carried the Senate well into the evening hours Wednesday, Democrats questioned the purpose of the bill (SB 1808), parts of which DeSantis has named as priorities for the 2022 Session. The measure, carried by Fernandina Beach Republican Sen. Aaron Bean, would prevent transportation companies from doing business with Florida if they participate in programs transporting to the state people who are in the country illegally.

DeSantis announced the proposal in December after criticizing President Joe Biden’s immigration policies, including bringing flights to Jacksonville to relocate people who were in the country illegally. DeSantis and Bean, whose district includes part of Duval County, have said Florida is aware of 78 early morning flights to Jacksonville organized by the federal government.

With his bill, Bean hopes to send a message to the Biden administration to follow federal law.

He also said other states will be watching what Florida has done and called the Sunshine State a leader.

The Senate is expected to pass the bill Thursday. Meanwhile, the House has moved its version of the bill (HB 1355), by Stuart Republican Rep. John Snyder, and could take up the immigration legislation in the coming days.

Bean, who is in his 10th year as a Senator, has called the flights a “midnight program of human smuggling” that’s part of Biden’s “unlawful pursuit of an open border policy.” Meanwhile, DeSantis has called the trips “clandestine flights” that his administration only learned about because of leaks from federal officials.

With changes approved last, the bill would not impact transportation companies’ ability to move unaccompanied minors, people protected under Deferred Action for Childhood Arrivals or those in another protected status. The bill labels immigrants not accepted as part of the Immigration and Nationality Act as “unauthorized aliens.”

In four amendments to Bean’s bill on Wednesday, Democrats attempted to constrain the bill by clarifying which type of immigrants. One measure would have clarified that Ukrainian evacuees would be exempt from the provisions. However, Bean insisted that would already be the case.

In September, a federal judge struck down part of the 2019 sanctuary cities law, but Republicans hope the new bill will be another shot at the measure as the ruling goes to an appeal. The new legislation would take effect immediately with DeSantis’ signature.

DeSantis’ proposed budget includes $8 million to transport undocumented immigrants out of state. However, neither the House nor Senate budgets currently consider that provision.

While the Legislature is pushing forward with the provision, the bill doesn’t consider all five of DeSantis’ major proposals for the “Biden border crisis.” The bill doesn’t contemplate strengthening E-Verify enforcement or requiring private entities that bring immigrants to Florida illegally to compensate the state for “the harmful costs that fall on the public.” DeSantis also asked for jails and courts to collect the immigration status of individuals at the time of their arrest and conviction, but the bill doesn’t go that far with its immigration status reporting provisions.

In a letter to lawmakers and DeSantis on Wednesday, leader’s from Florida’s Venezuelan and American Business Immigration Coalition Action called the bill a direct attack on the Venezuelan community. They feared many immigrants with Temporary Protected Status could fall into the bill if their work permits are delayed due to backlogs at federal immigration offices.

The bill was done for political reasons, they continued.