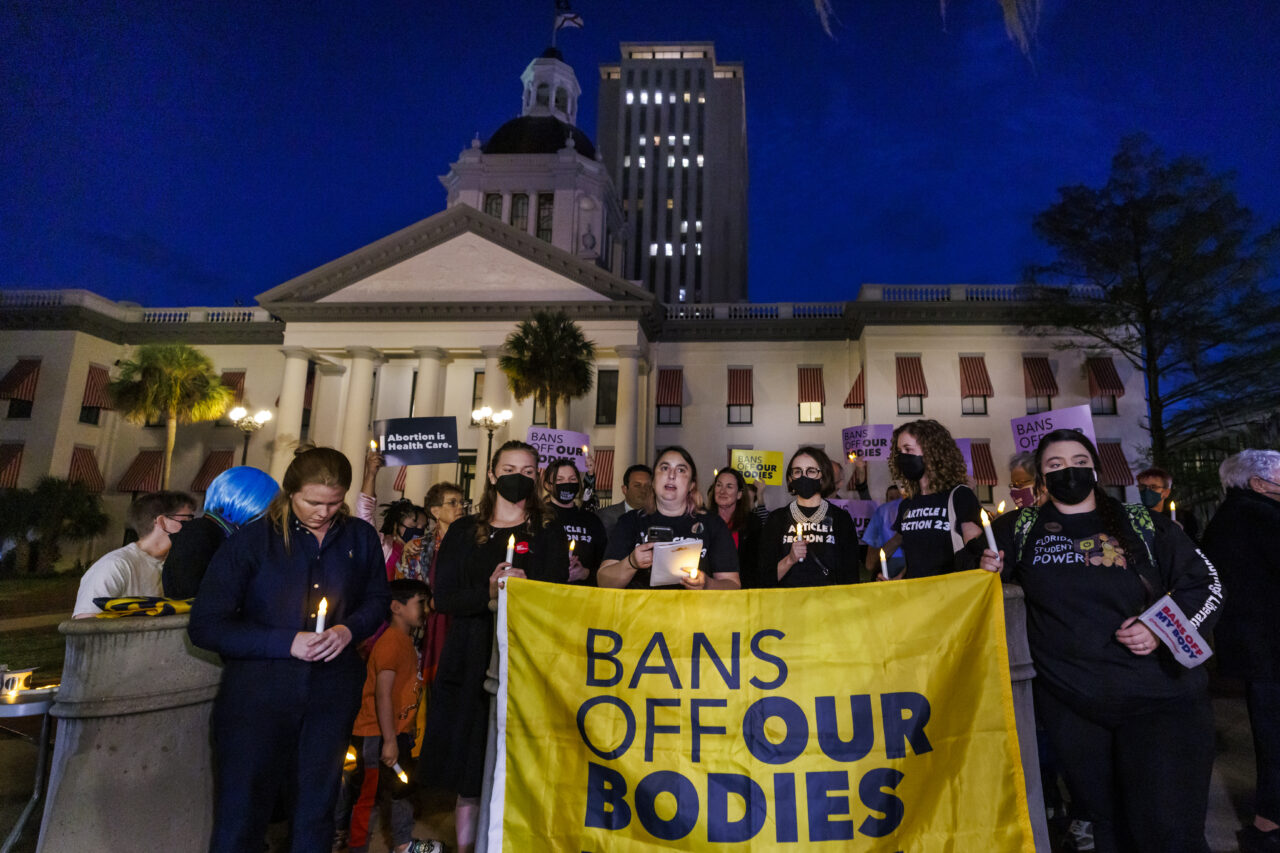 The legislative fight over a 15-week abortion ban is over.

The Senate on Thursday passed the proposal (HB 5) with a 23-15 near party-line vote, marking the end of a months-long battle between Republicans and outnumbered Democrats.

Its passage flies in the face of Florida Democrats and activists, who spent months decrying the bill or otherwise trying to modify it.

Republican lawmakers did not surrender an inch. They accepted no amendments to the bill, including one proposed Wednesday to insert a rape or incest exception by Senate Minority Leader Lauren Book, a sexual assault survivor.

Book made an impassioned plea to the GOP-controlled Senate, sharing she was raped and drugged by men as a young girl.

Senate President Wilton Simpson, though, defended the Republican majority’s decision on Thursday. A Trilby Republican, he argued Sen. Kelli Stargel — the bill sponsor — made a reasonable argument Wednesday against it.

Under the bill, a woman can only access an abortion after 15 weeks of pregnancy if two doctors agree on the consensus of a “fatal fetal abnormality.”

“After 15 weeks, that is a child,” Simpson maintained, reaffirming Stargel’s debate, which contended that a child born out of rape or incest deserves equal protection.

With lawmakers poised to pass the bill, Simpson later described Thursday as a “great day.”

Alternatively, Book asserted the Legislature is engaged in an “all-out assault” upon women’ freedoms. What’s more, she contended the measure leaves women “out in the cold.”

“This is nothing more than a thinly veiled attempt at controlling women’s choices, our voices and our lives,” Book said. “Yesterday, it became clear that no matter what we do, or how we may try, there will be no exemption for survivors of rape, incest or human trafficking, even if they just need a little bit more time.”

Senators debated late into the night. Democratic lawmakers one-by-one made their case against the bill. Republican lawmakers chimed in, too.

Among other arguments, critics contend the bill will force women — particularly low-income women and minorities — to seek unsafe abortions.

According to a staff analysis, state officials in Florida recorded 209,645 live births in 2020 and 72,073 abortions — most of them elective. North Carolina would become the nearest state allowing abortion beyond 15 weeks if the bill is signed into law.

Critics also lambasted the fact a mostly male chamber is pushing the legislation.

“There’s something just off or wrong about a male-dominated legislative body making a decree like this,” said Lighthouse Point Democratic Sen. Gary Farmer.

By design, the bill tests the limits of Roe v. Wade. It is similar to a Mississippi law now under review by the U.S. Supreme Court.

Republicans in Florida have repeatedly described the moment as a generational opportunity. The U.S. Supreme Court is helmed predominantly by Republican appointees.

“For  the first time in many years, you’re going to have a bill that I believe will be tolerated (by) the U.S. Supreme Court and I think it’s a great day,” Simpson said.

Stargel and proponents maintain life begins at conception. They further assert babies are developed enough to experience pain beyond 15 weeks in the womb.

“If we’re not going to protect them, who will?” Stargel, a mother of five and a grandmother, asked on the floor.

Democratic lawmakers repeatedly appealed to Republicans, urging them to break party lines and vote their conscience. Many maintain they’re voting in favor of the bill in an act of obedience to DeSantis, a 2024 GOP presidential contender.

“I’d rather lose my next election than ever be wrong on this issue,” said Burgess, who believes life begins at conception.

There is more to the bill, though, than limitations on abortion access.

It would loop pregnant women into a tobacco education program. It also would create an infant mortality review process, bolster infant mortality-reduction initiatives and enhance Florida’s abortion reporting requirements to include instances of human trafficking. The price tag: $1.6 million.

Republican Sen. Ileana Garcia of Miami did not vote on the bill. She did, though, speak on the floor.

Garcia disputed assertion the bill would force “alternative abortions” as if it were an “old horror” movie.

“There are people doing boob jobs in garages,” Garcia said. “What do you mean? They’re not going to use wire hangers anymore.”

previousSunburn — The morning read of what’s hot in Florida politics — 3.4.22