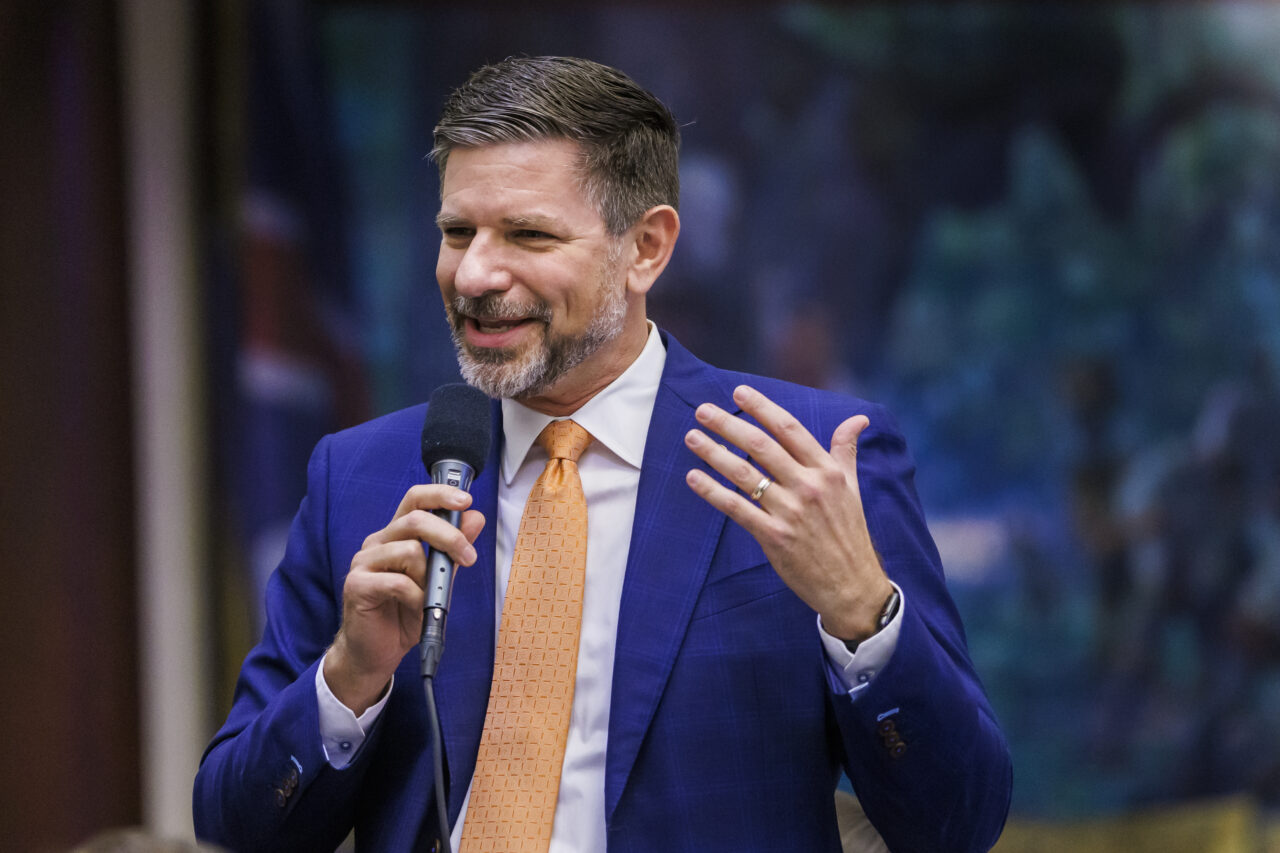 'This idea that we can't get good people to apply is just simply false.'

After a near-decade worth of attempts, Florida lawmakers approved legislation that would provide a public records exemption for information about applicants seeking state higher ed presidential positions.

On Friday, the House cleared the Senate version of the bill (SB 520), championed by St. Petersburg Republican Sen. Jeff Brandes, in a 86-26 vote. The Senate already passed the bill in a similar, near party-line 28-11 vote, with Democrats mostly opposing the legislation.

Clay County Republican Sam Garrison, who sponsored the House version (HB 703), presented the proposal. The bill would create a public records exemption applicable to the pool of public university and college presidential applicants. Information on selected finalists would be made available, however.

The Senate version of the bill varies slightly from that of the House, which died in committee. The only modifications to the Senate version were via an amendment brought by St. Petersburg Democratic Sen. Darryl Rouson. The amendment would make public “the age, race and gender of all applicants who met the minimum qualifications” for the position after the finalists are selected.

That amendment, which garnered unanimous approval, attempted to address concerns from critics that fear the exemption would allow for minority applicants to be overlooked.

However, despite trying to remedy the legislation, it still received criticism from several Democratic lawmakers, including St. Petersburg Rep. Ben Diamond, who hammered the bill for creating a lack of transparency.

“We’re keeping out an entire community of people that care about the future success of our state university system, and that has real implications in terms of how successful a presidency will be,” Diamond said. “The more transparency we have in this process, the better.”

Diamond also spoke on the argument of public necessity present in the bill, required for a public records exemption.

“We know the harm that this bill will cause because we will inject additional political pressure because we’ll be outside the sunshine,” Diamond said. “This idea that we can’t get good people to apply is just simply false.”

“The Sunshine Law can be a real pain in the neck sometimes, and it’s inconvenient, but that doesn’t mean it’s not a great law,” Geller said. “We take the position that the public has a right to know, and that’s important and it makes for better government.”

Supporters of the bill, like Hudson Republican Rep. Amber Mariano, fired back. She argued the bill is about broadening the pool of applicants.

Tallahassee Democratic Rep. Ramon Alexander, who has served on a collegiate presidential search committee, has remained an ardent supporter of the bill.

“The process is the process. The selectors of the process are not changing,” Alexander said. “They’re going to select who they want to select anyways. This is about making sure that the state of Florida is not at a disadvantage because other states do not have the rules that we have.”

The legislation passed by the House lacked a controversial amendment tacked onto Garrison’s version of the legislation.

The Senate version provides a 21-day period for information on the finalists to be made public in order for the university or college to receive community feedback. That 21-day period is where the Senate bill differed from the House version, which reduced that timeframe to 14 days.

Brandes, however, offered his word to concerned Senate members that he won’t budge on the timeframe.

Because the bill would create a public records exemption, it required a two-thirds vote of each legislative chamber to become law.