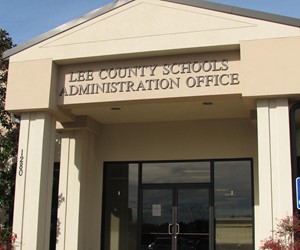 The matter goes to the Governor now, then voters in November.

The Legislature has voted to put the question of electing a Lee County Superintendent of Schools on the ballot.

The Senate on Thursday unanimously passed legislation (HB 497) as part of a slate of local bills. Sen Ray Rodrigues, an Estero Republican, supported the legislation when it first came before the Lee County Legislative Delegation, and again on the floor.

“The voters should have a say on whether we have an appointed or elected superintendent,” he said. “Lee County voters haven’t weighed in on the question since the 1970s, and our county today looks very different than it did in the 1970s.”

Notably, Rodrigues has not taken any position on the issue itself. “I’m going to withhold public comment until I see data on both sides,” he said. “For now, I’m going to let proponents and opponents wage their campaign.”

No local bill in front of the Senate this year faced opposition. In the upper chamber, Senators must object to legislation if they want it taken out of the calendar and voted on separately.

In the House, there was criticism, but the bill was passed on a 96-21 vote. Critics questioned whether a large school district employing 12,000 people should have an executive chosen through an election.

“It’s a very important job,” said Rep. Joy Goff-Marcil, a Maitland Democrat who voted “no.” “You wouldn’t have a CEO be an elected position in the company that you’re invested in. And this is an investment in our children.”

But Lee County lawmakers have maintained the entire time it should be a decision for area representatives, which is why it went through the local bill process.

Rep. Jenna Mulicka-Persons, a Fort Myers Republican and the bill’s sponsor, said voters deserve a direct say on who serves as Superintendent. But more important, she said it’s important Lee County constituents make the decision on the form of government through a vote in November.