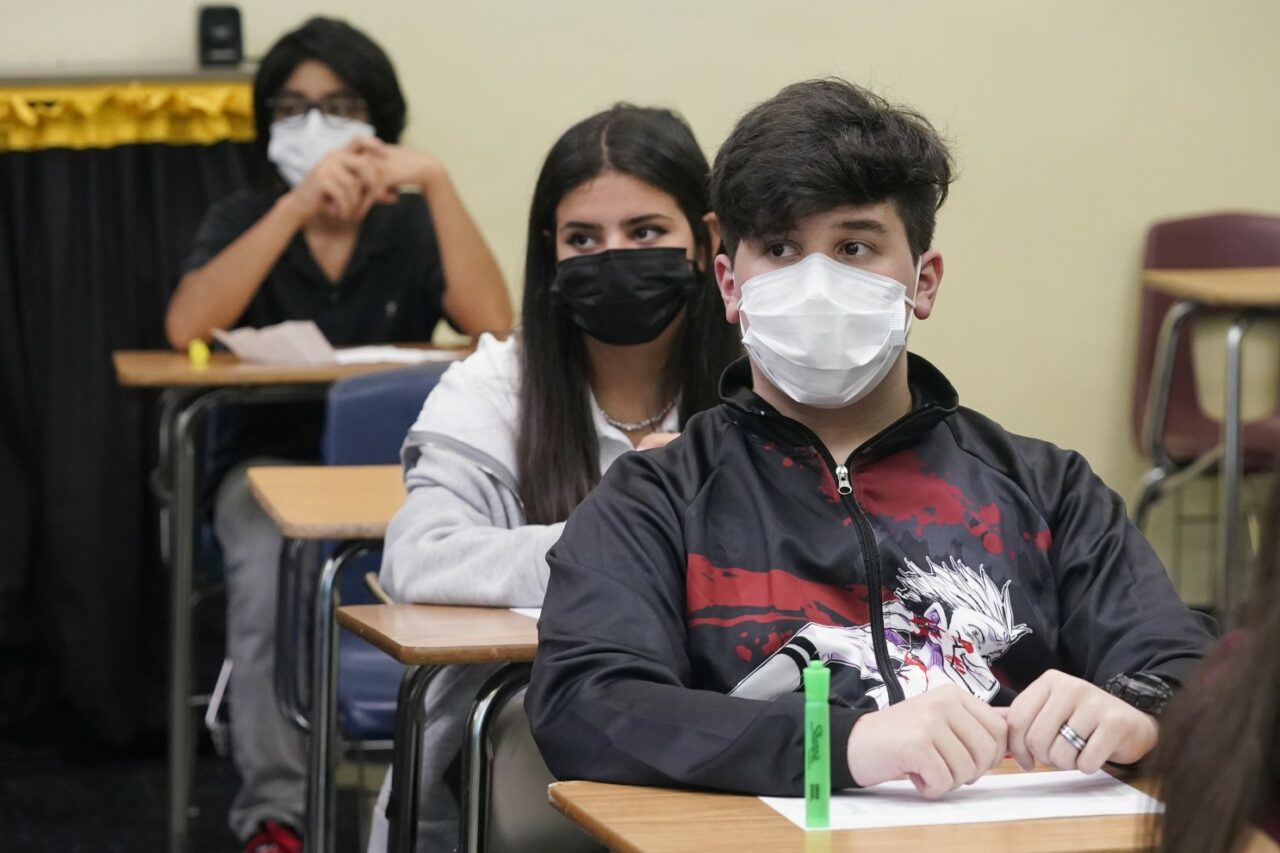 Lawmakers have agreed to repurpose the Florida School Recognition Program instead of creating a Putting Parents First Adjustment.

Budget negotiators from the House and Senate have hammered out their plan to hold school districts accountable for flouting state law regarding mask mandates.

Senate negotiators under Lakeland Republican Sen. Kelli Stargel and House negotiators under Panama City Rep. Jay Trumbull had previously agreed to restore the $200 million into the Florida School Recognition Program. However, lawmakers are restricting the performance recognition fund to only be available to the 55 districts that followed orders from Gov. Ron DeSantis‘ administration and state law banning mask mandates.

The plan began as the “Putting Parents First Adjustment,” presented by the House’s top pre-K-12 budget negotiator, Brevard Republican Rep. Randy Fine. The Putting Parents First Adjustment would have redirected the funds for high-paid administrators from the 12 offending districts to benefit the remaining 55 districts. Administrators making more than $100,000 annually would have been subject to the reductions.

With the changes outlined, the 12 districts would no longer see a budget offset, but they would lose out on funding that benefits sustained or improving student performance. In essence, the districts aren’t losing out on an estimated $200 million total, but instead lose their cut of a $200 million pot.

Schools would still need to sustain high performance, with a school grade of “A,” or improve at least one letter grade compared to the 2018-19 school year.

Trumbull said the exclusion from this year’s Florida School Recognition Program is not a deduction because the state didn’t offer the recognition fund last year.

“What this fund is doing is saying, hey, if you follow the law and your kids and your school is doing well, you have the ability to draw down some of these resources, Trumbull told reporters. “Should you have broken the law, you don’t receive those resources. That’s as clear as it gets.”

As outlined in the new language, the Florida School Recognition Program recognizes “the efforts of outstanding faculty and staff from these school districts who have overcome pandemic-related learning disruptions to maintain highly productive schools.”

Lawmakers also rewrote language detailing that the fund is a performance incentive program. Instead, the proposed language says the Florida School Recognition Program would reward school districts and charter schools for “putting parents first” and following the state’s emergency rules.

Last month, DeSantis asked the House to take a different approach, arguing the plan could penalize teachers and students. However, the Republican Governor endorsed the House plan the following week.

Ahead of the 2021-22 school year, DeSantis, the Department of Education (DOE) and the Department of Health began pushing rules to prevent public schools from mandating that students wear masks. The Legislature convened in the fall, at the Governor’s behest, to pass a measure codifying those rules and others into law. Those laws are tied to the Parents’ Bill of Rights, which the Legislature passed last year.

Senate President Wilton Simpson, a Trilby Republican, did not fully endorse the House plan last month but supported some sort of accountability measure.

The Senate has not yet accepted the House’s latest offer, but top Senate budget negotiator and Lakeland Republican Sen. Kelli Stargel appeared to support the Florida School Recognition Program angle in comments to reporters.

“School recognition is what we did to reward schools for what they’ve done and the way that they’ve handled. These districts were not following the law, so they’re not going to be eligible for those dollars,” Stargel said.

While Fine had attempted to frame the Putting Parents First Adjustment as an accountability measure, Democrats criticized it as a punishment for school districts and students.

“The folks that had punitive actions taken against them over the last 12 months were the students that were in the school districts,” Fine responded to Democrats last month.

The budget represents the consensus between the House and the Senate for the state’s financial priorities. It is still subject to the Governor’s veto pen, however.

Last year DeSantis was thought to have wielded a relatively light touch when he slashed $1.5 billion out of the $101 billion budget.