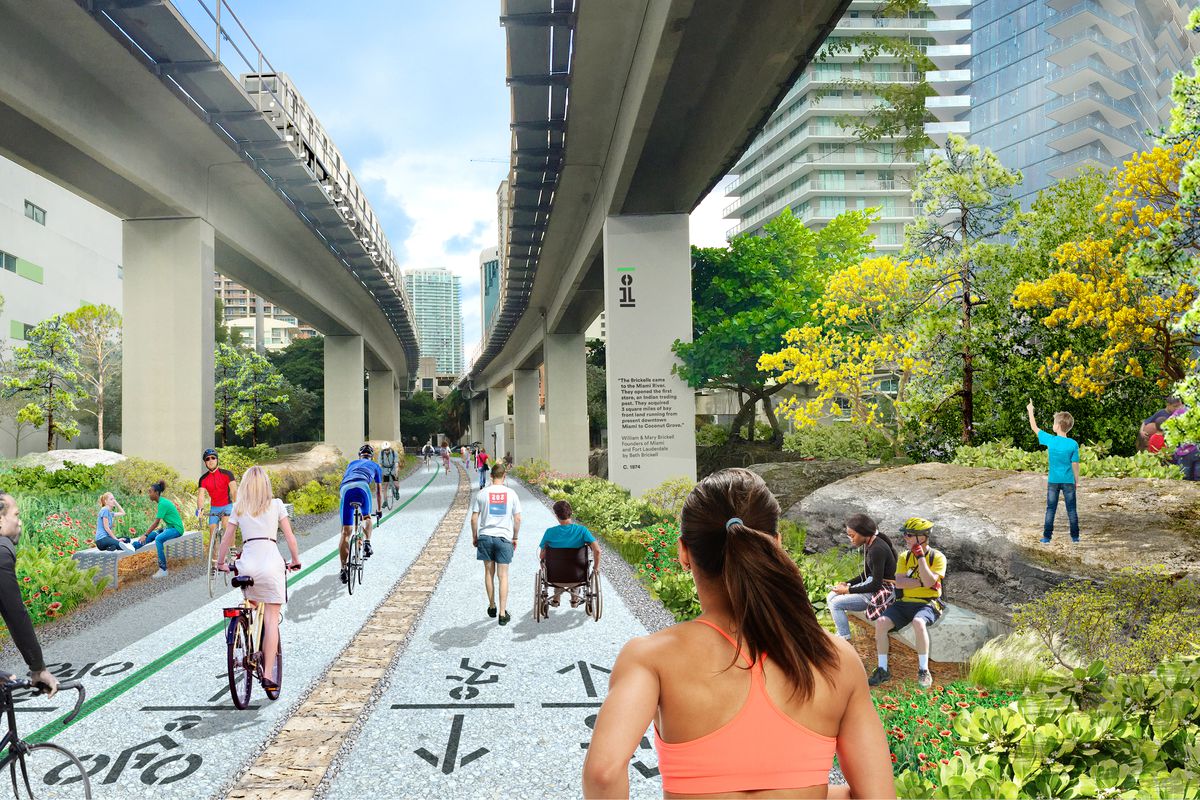 A linear greenway that’s trail-friendly to pedestrians and nonmotorized vehicles located below the Miami-Dade County Metrorail will receive a $3 million infusion for park amenities in the 2022-23 state budget.

Lawmakers agreed on the funding set-aside, which will complement a $2.5 million local match, for The Underline. The multi-year project, spanning 10 miles and 120 acres, is estimated to cost between $120 million and $140 million to complete.

Sen. Ileana Garcia and Rep. Vance Aloupis, both Miami Republicans, requested the funds on behalf of the county’s Department of Transportation and Public Works (DPTW).

This round of state funding will cover 15% of the cost to purchase and install park features, including seating, drinking fountains, bike repair stations, column signage and Wi-Fi facilities, according to a November funding request DTPW Director Eulois Cleckley sent through Aloupis’ office.

More than $24.3 million will be spent on The Underline this fiscal year, documents from Garcia’s office said.

The Underline is the brainchild of lawyer and local bicycling and greenspace advocate Meg Daly, who founded the nonprofit Friends of the Underline in 2013. It spans unincorporated Miami-Dade and the municipalities of Miami, Coral Gables and South Miami.

“I saw a dirty space under the elevated Metrorail. She saw a park,” Alberto Ibargüen, president and CEO of the John S. and James L. Knight Foundation, which has committed funds toward The Underline’s development, told Miami Today last year.

The Underline has received resounding support, including $140 million in committed federal, state and local funds. Construction is expected to reach completion in 2025.

Once complete, The Underline will stretch from Miami’s Brickell neighborhood and the Miami River to the Dadeland South Metrorail station in the county’s unincorporated Kendall neighborhood.

The Legislature this month also set aside $3 million to overhaul the South Dade Trail, which will be redeveloped at the same time as the transitway. In August 2018, the county’s powerful transportation planning board approved a $368 million project to upgrade the transitway with “gold-standard” rapid buses as part of Miami-Dade’s multi-year, multibillion-dollar SMART Plan initiative.