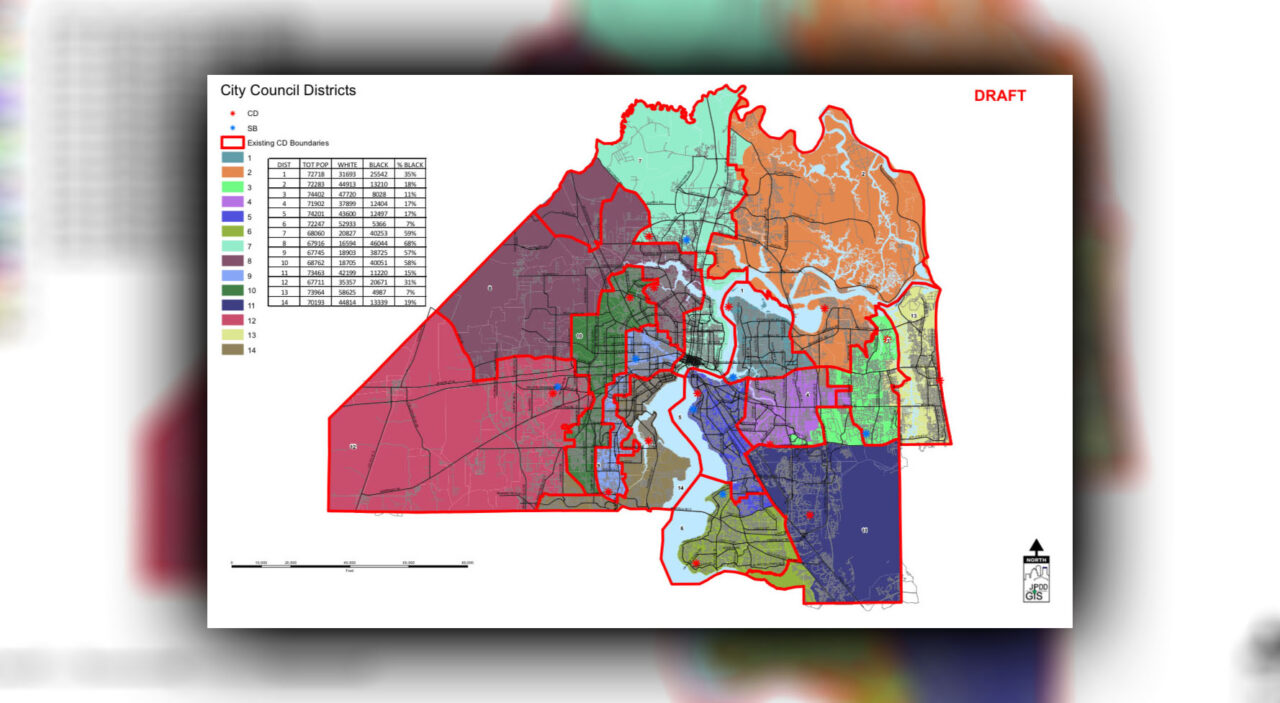 A Jacksonville City Council committee has advanced the proposed redistricting map, setting the stage for its next stop — full Council consideration.

Ahead of Tuesday’s 6-1 vote by the Rules Committee, many members used their speaking time to sell the map as a consistent and quality work product, a seeming answer to blistering media criticisms and town hall events workshopping the draft product.

These maps will preserve a status quo, protecting Republican power and prerogatives in an increasingly Democratic city, but with the sanction of some of the city’s most powerful elected Democrats, including the committee chair herself.

Rules Chair Brenda Priestly Jackson addressed Districts 7 through 10 and criticisms about the Council arbitrarily increasing “the percentage of African Americans in those districts,” which is at least 57% in all four districts.

“When the issue was raised in late September or October relative to whether African Americans were being packed, I was surprised and shocked by the question,” she said.

Jackson went through the racial demographics of the four Minority Access Districts, demonstrating that the current lines do no more packing than was done in the four districts in previous redistricting efforts.

“When we said we wanted to leave the districts the same, it was because there were no concerns articulated,” she said, noting that “residential segregation” exists in Jacksonville and put nonnegotiable constraints on the Council.

She offered to sponsor legislation that would reform the redistricting process for the future, though it is uncertain how long she will be on the Council. She faces a crowded race for an open At Large seat in 2023.

Democrat Garrett Dennis, running for the state House, lamented “late” census data and other “strikes that we were up against” to defend the decision to use stale maps.

“It maybe wasn’t the most ideal, but I think the outcome was a good outcome with a lot of compromise,” said Dennis, stressing staying “within the letter of the law.”

Republican Randy DeFoor sought and got assurances from a city lawyer that the map was defensible in lawsuits to come challenging the map.

“I think it was open, I think was transparent,” said Republican Council President Sam Newby, who likewise believes this product would stand up in court.

“It was a moot point,” Bowman said. “Didn’t change anything.”

Though Duval County has a Democratic plurality, Republicans have a supermajority on the City Council, in no small part due to the packing of Democratic voters in minority-access districts north and west of the St. Johns River.

But it’s clear Democrats and Republicans see a mutual benefit to the uniquely disproportionate power share.