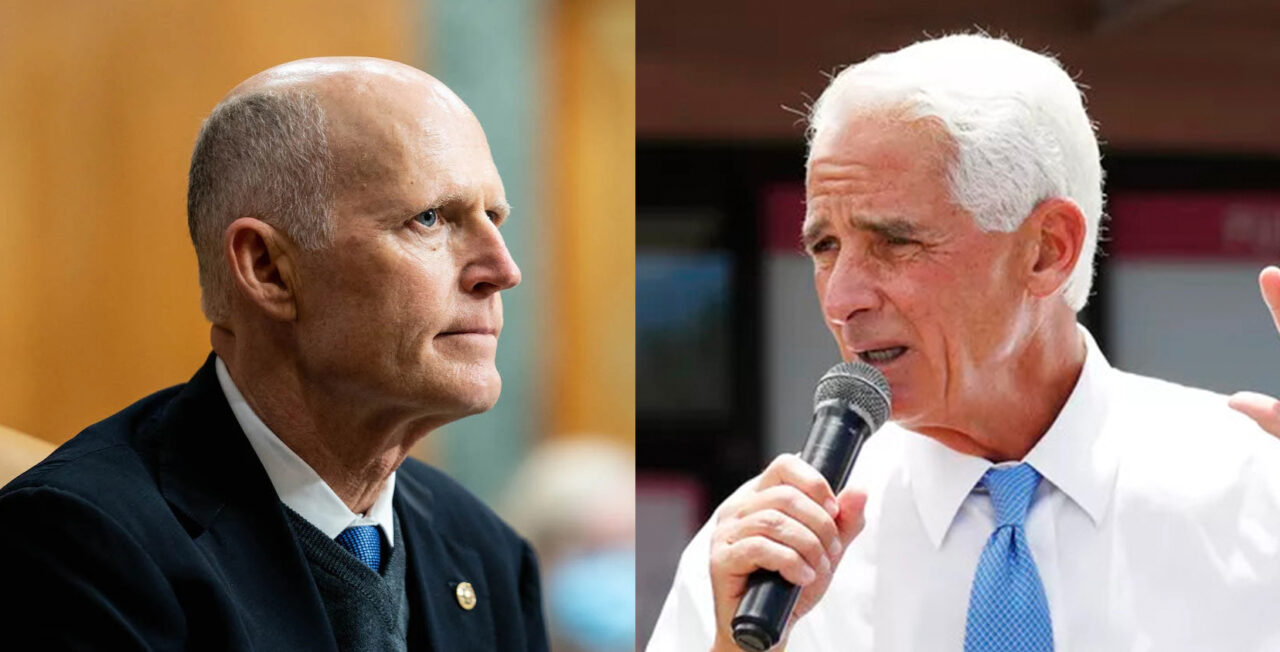 In the wake of the remarks, two former Florida Governors now serving in Congress offered emphatic responses, while Gov. Ron DeSantis avoided the topic entirely during his morning news conference in Hialeah.

“President Biden needs to make a decision TODAY: either give Ukraine access to the planes and anti-aircraft defense systems it needs to defend itself, or enforce a no-fly zone to close Ukrainian skies to Russian attacks. If President Biden does not do this NOW, President Biden will show himself to be absolutely heartless and ignorant of the deaths of innocent Ukrainian children and families,” Scott said.

“This is a fight for democracy and our security. The United States must lead the world in both supporting Ukraine and destroying Russia for its horrific attacks and unjust war. Children are dying. The video President Zelenskyy showed today was difficult to watch and absolutely heartbreaking. After seeing these images and hearing his calls for help, it would be purely heartless and unacceptable to do nothing,” Scott added.

The Senator went on to call for further economic divestment and decoupling: “I also echo President Zelenskyy’s request for the United States to sanction every Russian politician that does not resign from the government and make clear that any company still operating in Russia or Belarus must get out immediately — no amount of profit is worth supporting this war.”

“The United States has the power to give Ukraine what it needs to win and ensure Putin and his thugs personally feel the pain of this ruthless and unlawful invasion. We must use it,” Scott urged.

As Scott illustrates the sort of muscular foreign policy historically familiar on the Republican Right, yet another former Governor (and former Republican) is taking liberties with DeSantis on the Ukraine issue.

“As Putin’s war on democracy in Ukraine continues to claim countless innocent lives, Gov. Ron DeSantis has proven himself to be the weakest governor in America on Russia,” Rep. Charlie Crist said.

“President Zelensky spoke loud and clear today to Congress: the people of Ukraine are counting on us to take tough economic actions to end Putin’s aggression. Yet under the weakest Governor on Russia, $300 million dollars of Florida taxpayer money is invested in Russia. I am calling on Gov. DeSantis to call an emergency Cabinet session immediately to divest our state from Russia in support of our allies in Ukraine.”

Both Crist and Fried are running as Democrats for the chance to unseat DeSantis as Governor later this year.

DeSantis has offered comments broadly supportive of the “moxie” of Ukrainian resistance fighters, though he has stopped short of the kind of untrammeled support for the Ukrainian war effort that former Governors and current challengers would like. The issue is more politically complicated on the right wing than the left, with the America First movement epitomized by Rep. Matt Gaetz and others positing that a war in Europe is not America’s battle to fight.