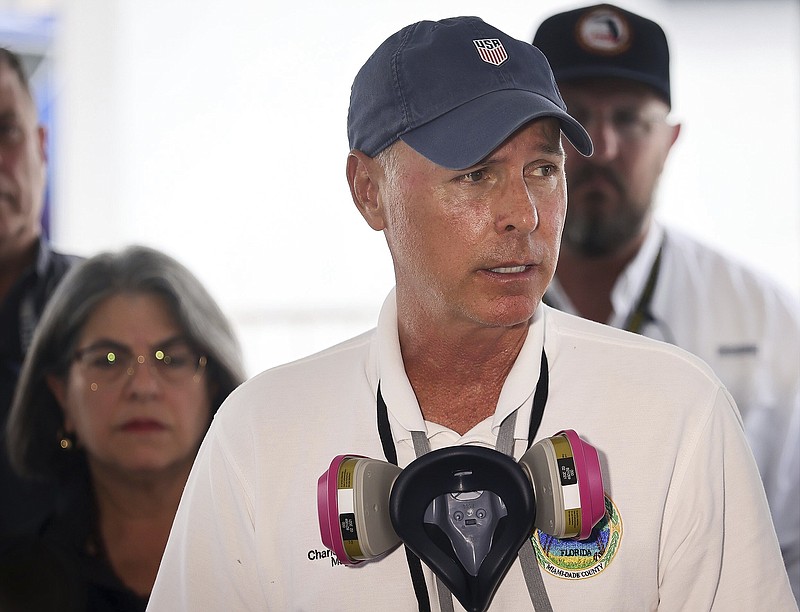 After national exposure, Mayor Charles Burkett is a third-place finisher in his bid for re-election.

The small-town Mayor who became a fixture on national TV last summer after 98 people died in a South Florida beachfront condominium collapse has been voted out of office after a campaign marked by accusations of grandstanding.

Surfside Mayor Charles Burkett came in third in Tuesday’s election, according to the Miami-Dade County Elections Department. Business owner Shlomo Danzinger, who stayed out of the bickering, won with 499 votes. Vice Mayor Tina Paul got 476 votes and Burkett received 466. The newly elected Mayor and Commission will be sworn in later Wednesday.

Burkett became the face of the 6,000-resident town after the June 24 collapse of the 12-story Champlain Towers South. The once little-known enclave just north of Miami Beach is a mix of older homes and condos like the collapsed tower, built decades ago for the middle-class, and recently erected luxury condos drawing the wealthy. That includes former first daughter Ivanka Trump and her husband, Jared Kushner, who live about a block north of the collapsed condo.

Typically dressed in a polo shirt and baseball cap, Burkett visited the site daily during the weekslong search for survivors, meeting with the families of the missing and speaking along with Gov. Ron DeSantis, the county Mayor and fire and police officials at internationally televised news conferences.

He was the only Surfside elected official to meet with President Joe Biden when he visited a week after the collapse, angering Paul and other town commissioners. Burkett’s opponents accused him of hogging the spotlight; he said it was his job to represent the town before the media. He said it was Biden’s aides who invited just him.

Burkett, a 61-year-old owner of an investment and management firm, served two, two-year terms as Mayor from 2006 to 2010. He lost that year, but won when he re-entered local politics in 2020. The Mayor and commissioners each get paid $1 a year. The Mayor is a member of the five-member Commission and chairs its meetings — Burkett’s were often contentious, with one commissioner, Eliana Salzhauer, flipping the middle finger at him twice. The job has no other significant powers beyond that one vote.

Burkett said he is actually happy with the election result because he had supported the newly elected commissioners, who defeated Salzhauer. He said he understands that many Surfside voters were tired of the bickering — “I got caught in the middle of it.” So they turned to Danzinger.

“He’s a nice guy,” said Burkett, who added he plans to seek either the governorship or a U.S. Senate seat in the future.

Danzinger, 42, did not immediately return a call Wednesday from The Associated Press. Echoing Burkett, he told the Miami Herald on Tuesday night that residents were tired of the constant fighting during commission meetings and in the media.

“If we don’t end up in the newspapers in the next two years, that’ll be an accomplishment,” Danzinger told the paper.