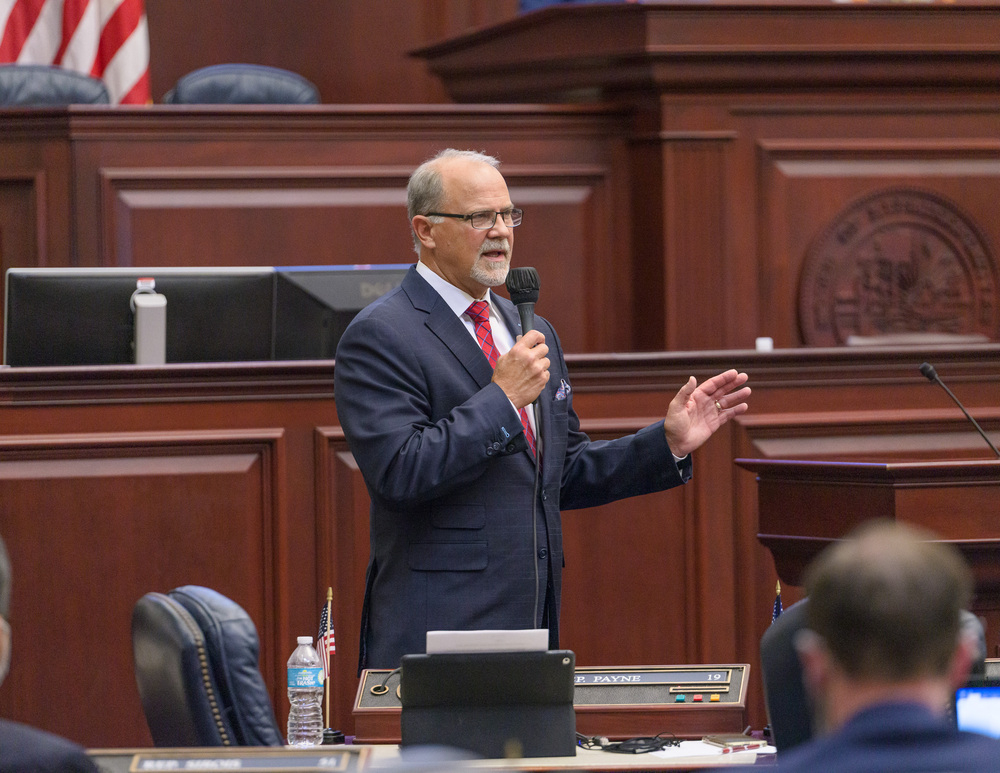 During a Legislative Session marked by deeply personal debates over social issues, Rep. Bobby Payne’s focus was on something that would’ve been more of a headline-grabber in any other year for a Republican majority, the annual tax package.

“I spent, as the Ways & Means Chair, most of the year working on the tax package,” Payne, a Palatka Republican, said Friday. “The Speaker gave me the latitude to create a tax package with a lot of flexibility, a lot of creativity.

“So, we have as many as four tax-free holiday weeks in there, or more, actually — four packages. Some are two weeks, some are one, like the ‘Tool Time’ tax holiday, reinstituting the ‘Freedom Florida Day’ tax holiday in July. It helps consumers. It really is consumer-oriented, consumer focused. We didn’t do much for corporations this year, as far as decoupling from the Internal Revenue code, (meaning) we didn’t have a specific bill on that this year.”

Payne noted lawmakers wanted to make sure they had the chance to return dollars to taxpayers after two years of emergency budgeting related to the coronavirus pandemic. He also wanted to give Floridians the opportunity to spend those dollars in the state’s great outdoors, getting children ready for school and hardening their homes.

The home-hardening provision was a priority of Chief Financial Officer Jimmy Patronis.

“In Florida, it’s not if, but when a storm will strike and I am committed to helping Florida families harden their homes against storms while lowering their insurance premiums,” Patronis said in a statement thanking Payne and others for including the provision. “There is no doubt that this is a practical way of saving folks money while incentivizing homeowners to better protect their homes from hurricanes.”

Meanwhile, there’s more work ahead on Payne’s vision of bringing an inland port to Putnam County. Transportation and distribution is a lifeline to American rural counties, as economically disadvantaged areas leverage their ability to get goods where they’re going quicker.

“We’re trying to establish an inland seaport that would work with JaxPort in our area to locate a good spot for distribution,” Payne said. “Perhaps even a hub for some rail spur, flights — we have an airport close. Good highway transportation areas.”

Social issues were a driving factor in the Session, though, which was by design.

“I’d say we had an agenda going in, things we wanted to do, within the conservative House — some priorities we set with the leadership team that we wanted to accomplish,” Payne said.

“I felt some of the discussions that we see often, like the ‘Don’t Say Gay’ bill, were overblown, kind of contrived, and didn’t really address what we were trying to accomplish, which was really so kids from K-3, (their) parents have the right to make the right decision regarding the health and welfare of their children. That got twisted quite a bit, like it often does in Tallahassee.”

Reaction to a House bill on “woke indoctrination” was also overwrought, he said.

“HB 7 was really making sure not to discriminate against people — everybody has a fair opportunity,” Payne said. “But a lot of times things come out, written by the press and by some of the liberals in the House, (that) twist the message. That was not anything that was, I would say, that important, but it’s just part of the messaging that comes out.”

nextDemocratic gains in legislative maps might not last long