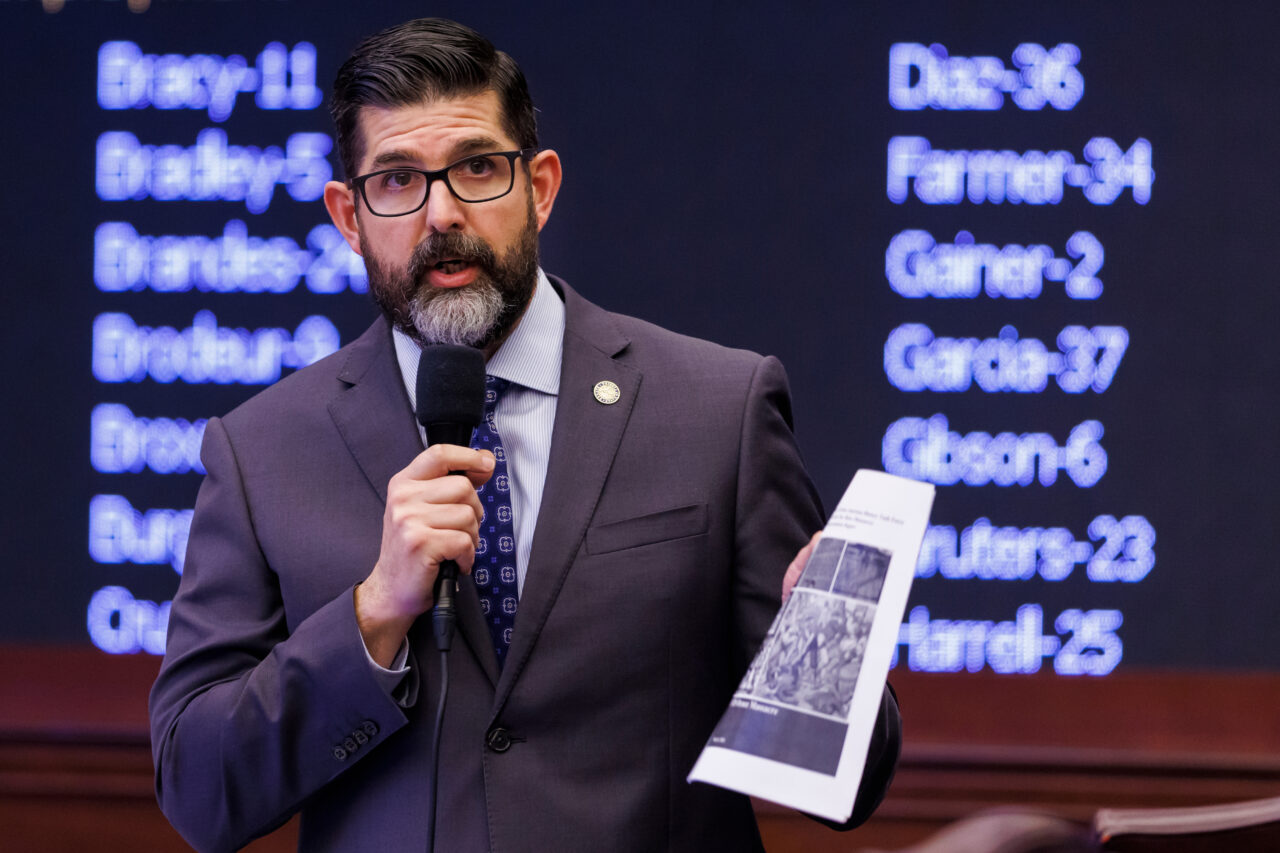 The proposal passed both chambers in the Legislature on two party-line votes.

The Republican-led Legislature has joined the wave of state legislative bodies targeting “critical race theory” with a bill to extinguish “indoctrination” in classroom and corporate settings.

Republicans nationwide have made critical race theory an election focal point. The theory posits that racial disparities have a continual influence on institutional structures. In Florida, DeSantis is on the ballot in November, along with candidates for all House and Senate offices.

While the bill doesn’t target critical race theory by name, bill sponsor and Miami Springs Republican Rep. Bryan Ávila and other Republicans say they want to prevent teachers and corporations from blaming one group’s hardships on another. All Americans should back the premise that no one is superior to those of other demographics, they continue.

In the Senate, bill sponsor and Hialeah Republican Sen. Manny Díaz told members the legislation would free people from having the beliefs of their superiors or their teachers imposed upon them.

“They need to know those facts. We’re not trying to cover them up,” Díaz said. “But we need to provide students that can think and debate and form their own opinions.”

But Democrats contended the bill amounts to censoring teachers and businesses that are trying to stamp out intolerance, hate and ignorance.

“No matter what anyone says about this bill, there’s so much confusion in the words. It will chill speech and it will make it harder to recruit and retain teachers at the height of the teacher shortage,” Tallahassee Democratic Sen. Loranne Ausley said.

The measure, considered an “individual freedom” bill by Republicans, is among the most controversial proposals of the 2022 Legislative Session. That’s despite lawmakers forgoing the moniker DeSantis developed for his version of the proposal, the “Stop W.O.K.E. Act.”

“This is a continuation of a national agenda to whitewash history all because we don’t want White children to feel uncomfortable about true Black history,” Jones said.

When the House last month passed the bill 74-41 along party lines, Democrats there successfully amended the bill with provisions addressing African studies.

As the bill passed the House, Ávila also flagged corporate training, like diversity training from Coca-Cola, which he said encouraged employees to “be less White.” CBS asks employees to discuss their privilege and Google’s training claims America is a system of White supremacy, he added.

Democrats expressed fears that many businesses will decide not to have diversity and inclusion because of the costly fees to have lawyers comb through their training programs.

“HB 7 was cooked up by Governor DeSantis following the 8 minutes and 46 seconds during which a police officer kneeled on George Floyd’s neck, sparking a powerful wave of protests throughout the nation over his death and the long line of unarmed Blacks who had died at the hands of law enforcement,” Powell said.

Agriculture Commissioner Nikki Fried, a 2022 gubernatorial candidate and the only Florida Democrat currently elected to statewide office, similarly called out Republicans for advancing the legislation.

“This bill is a vile attempt to erase our country’s history, censor businesses and schools, and whitewash history. It’s unconstitutional and racist,” Fried said. “This is just more state-sanctioned hatred and censorship coming from Governor DeSantis and Republicans in the legislature.”