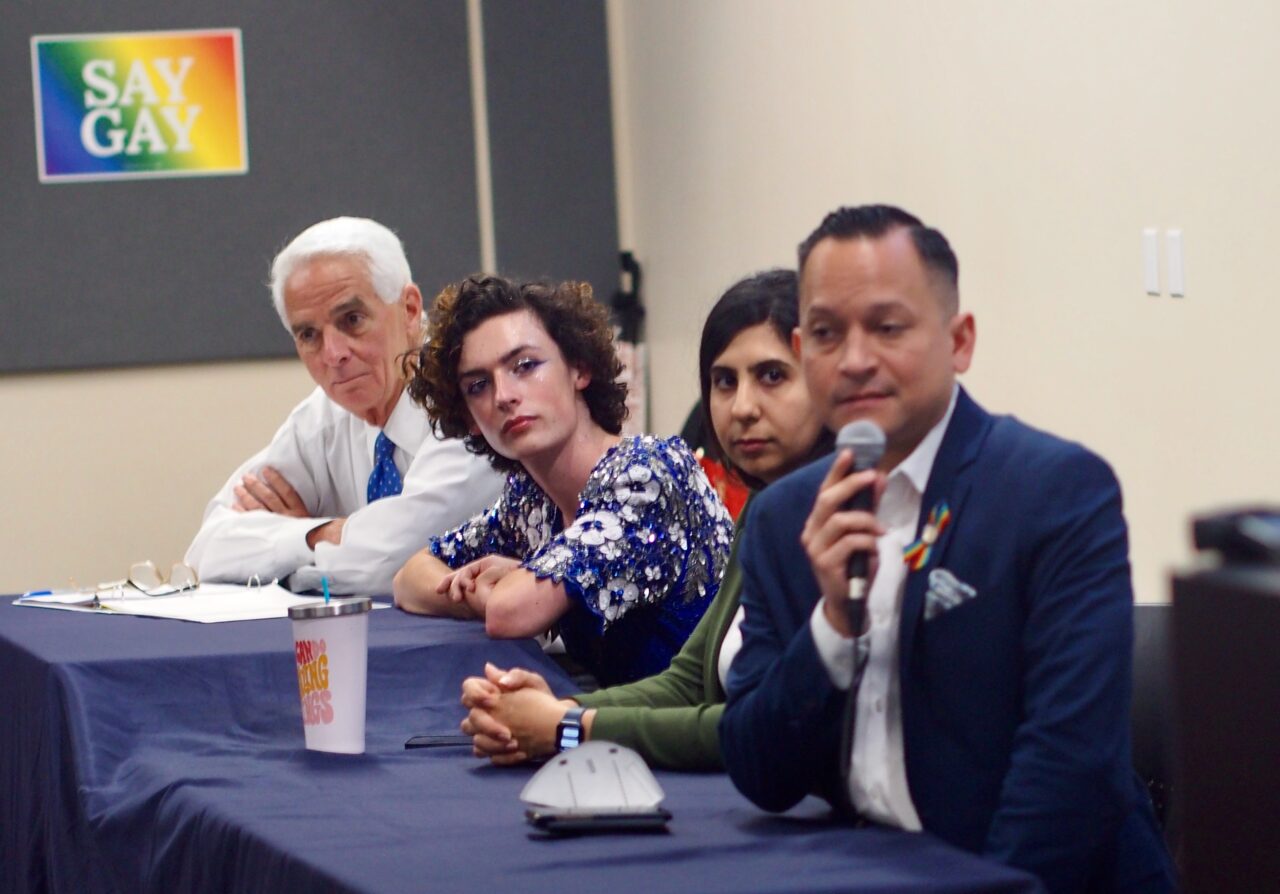 Two leading Democratic House critics of the “Parental Rights in Education Bill” joined other detractors Wednesday in predicting that it will reignite homophobic oppression and suppress gay teens.

The measure (HB 1557) would ban classroom “instruction on sexual orientation or gender identity” for students in kindergarten through third grade, or “in a manner that is not age-appropriate or developmentally appropriate for students in accordance with state standards.” The legislation does not restrict the topics from being barred across all ages if the school district deems the instruction age-inappropriate.

The attendees argued the bill is a legislative green light to homophobia, transphobia, and renewed denial of LGBTQ people in schools. They spoke at a forum entitled “Say Gay” hosted by the College Dems at the University of Central Florida. They predicted that the measure would also discourage gay students from seeking help in schools.

Democrats and other critics of the bill have dubbed it the “Don’t Say Gay” bill, which angered the bill’s supporters, at least one of which accused the critics of being “groomers” — enablers of pedophilia.

That’s precisely the bigotry the legislative action unleashes, countered Eskamani on Wednesday. She and the others on the panel predicted that the bill could lead to a new era of terror for gay students in schools.

“That’s how offensive and low they have gotten,” Eskamani said.

Smith argued the bill’s danger might lie in a stifling effect on discussions of gay people in grades far behind the K-3 levels explicitly mentioned in the bill, and said that when teens are looking for understanding in schools, they may be rebuffed by the law.

“Let’s be clear,” Smith said. “Yes, ‘Don’t Say Gay’ was a tagline, and effective in making sure that people understood the objective of this legislation, of trying to censor conversations about LGBTQ people in public schools.”

He argued that the issue hinges on the Department of Education’s guidance on “age-appropriate” discussions of sexual orientation or gender identity in each grade up to 12th.

“I want to point out, based on the observations I’ve made of School Board meetings across the state of Florida in the last couple of years, that while they are a vocal minority, there are a fringe group of folks in this state that don’t believe that any conversation LGBTQ people at any age are age-appropriate,” Smith said.

Crist said the bill is trying to demonize gay people.

“It’s like we’re going back to the 1950s or something, even before I was born,” Crist said.

Obergefell, a Democrat running for the state House in northern Ohio, said schools need to be protecting gay students, not denying them.

“These ridiculous claims that by talking about, by acknowledging the existence of LGBTQ+ people in the classrooms, (it) will somehow force kids to abandon their innate identity and become something they’re not is just ridiculous. It’s harmful. It’s hateful,” Obergefell said. “We were taught, ‘Don’t be gay.’ But we’re gay.”

Larkin, a junior and president of the Winter Park High School Queer Student Union, said the bill is not about parents but him and other gay students. The bill, he said, “puts queer people in danger.”

“I, a 17-year-old high schooler, have hundreds of comments in my posts and in my messages calling me a pedophile, saying disgusting things to me because I don’t support this bill,” Larkin said.

If the bill closes off open classroom discussion about sexual orientation and gender identities, it could reverse progress made in addressing suicides and homelessness among gay teens, he said.

“It’s going to get worse. And they know that,” he said.