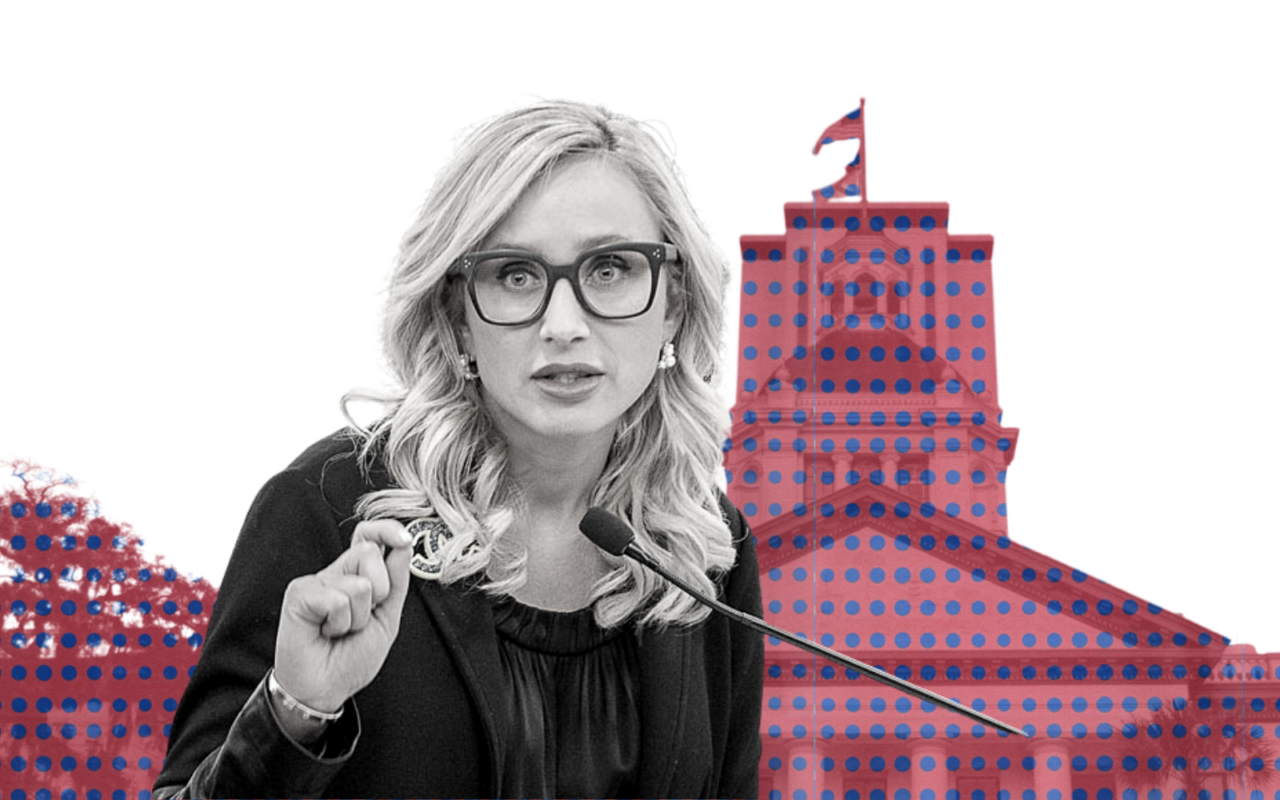 'Our party is stronger under her leadership.'

Senate Democratic Leader Lauren Book may be facing a Primary contest later this year, but she is courting support from the bulk of her Caucus — just days after former Broward County Commissioner Barbara Sharief announced her bid to challenge Book.

“Lauren Book is a dedicated, battle-proven public servant who I am proud to support in leading our Caucus and mounting the fight against Republicans both in Tallahassee and in elections across the state this November, Senate Democratic Leader Pro Tempore Bobby Powell said Tuesday.

“Lauren is a strong, driven, working mom of two young kids and one of our party’s most promising shining stars who fights fiercely on behalf of everyday Floridians. I am proud to endorse Leader Book for her re-election to the state Senate and am grateful for her work to help elect Democrats statewide.”

Book ascended to the Senate Democratic Leader position last year. It’s rare for someone in leadership to face a significant Primary challenge, but four days after Sharief announced her decision, 11 of Book’s 15 Senate colleagues had already decided to back Book.

“I have worked side by side with Sen. Book and have seen firsthand her passion, her commitment, and her effectiveness in supporting our Democratic values,” Sen. Shevrin Jones said.

“She constantly works with every member of our Caucus to ensure the priorities of each of our constituencies become her priorities as well, so that Senate Democrats are united in improving the lives and livelihoods of all Floridians. Lauren leads by listening, uplifting voices that go unheard, and by championing causes that affect everyday people. Our party is stronger under her leadership.”

“Lauren Book is exactly the kind of leader we need to defend Democratic values in the Florida Senate,” Ausley added.

“A survivor of childhood sexual abuse and tireless advocate for women, children, and families, Lauren has been working to prevent sexual abuse and support survivors since long before she was elected to the Senate in 2016. Leader Book is one of our state’s fiercest defenders of women’s reproductive rights, a dedicated reformer of the child welfare system, and champion for Florida’s families — fighting to expand health care, remove burdensome taxes on diapers, and make our schools and communities safer.”

Sen. Gary Farmer is among the names absent from incumbent Democrats endorsing Book. He and Book have had a contentious relationship as of late, culminating in Book replacing Farmer as Senate Democratic Leader following frustration within the Caucus.

Sens. Audrey Gibson and Annette Taddeo — the latter of whom is running for Governor — were also absent from the list, as was Sen.-elect Rosalind Osgood, who has not yet served in the Senate following her March 8 Special Election win.

Book, who represents the currently drawn Senate District 32, is moving her home to avoid a contest against Osgood in the newly drawn SD 32 developed during the state’s redistricting process. Instead, Book will pursue the new SD 35 seat, which covers parts of Miramar, Pembroke Pines, Weston and Southwest Ranches.

“As a mother, a former classroom teacher, and internationally-recognized advocate for children, Lauren is a tireless champion for her constituents in Broward County and the State of Florida as a whole,” Bracy added.

“As Ron DeSantis and the radical right actively work to erase history that makes people feel ‘uncomfortable,’ I’ve been proud to work with Lauren to make sure Holocaust education and Florida’s own Black history are comprehensively and accurately taught in schools so that future generations are not doomed to repeat the mistakes of the past. Lauren’s commitment to our Democratic Party is unquestioned, and why we chose her to be our Leader. She inspires all Senators to fight harder. Floridians everywhere will continue to benefit from having her voice of reason in the Florida Senate.”

Sharief, meanwhile, ran last year in the Special Primary Election for the seat in Florida’s 20th Congressional District. Facing term limits on the Broward County Commission, Sharief joined a packed Democratic Primary, finishing third. She had been considering another run for Congress. But the redistricting process also drew her out of the district analogous to CD 20. That led her to consider a run for the Senate.

Sharief pulled the trigger Friday, setting up a showdown between her and Book in August.

“I am deeply honored to be endorsed for re-election by my friends and colleagues in the Florida Senate,” Book responded. “Fighting for Broward County and our shared Democratic ideals has been the honor of a lifetime as we unite to improve the quality of life for everyday Floridians, protect freedom of speech, promote equality, defend women’s rights, expand access to health care, and create an economy that works for us all — so that every Floridian can live their own version of the American dream.”

nextGov. DeSantis backs Special Session for property insurance — but likely not until after election