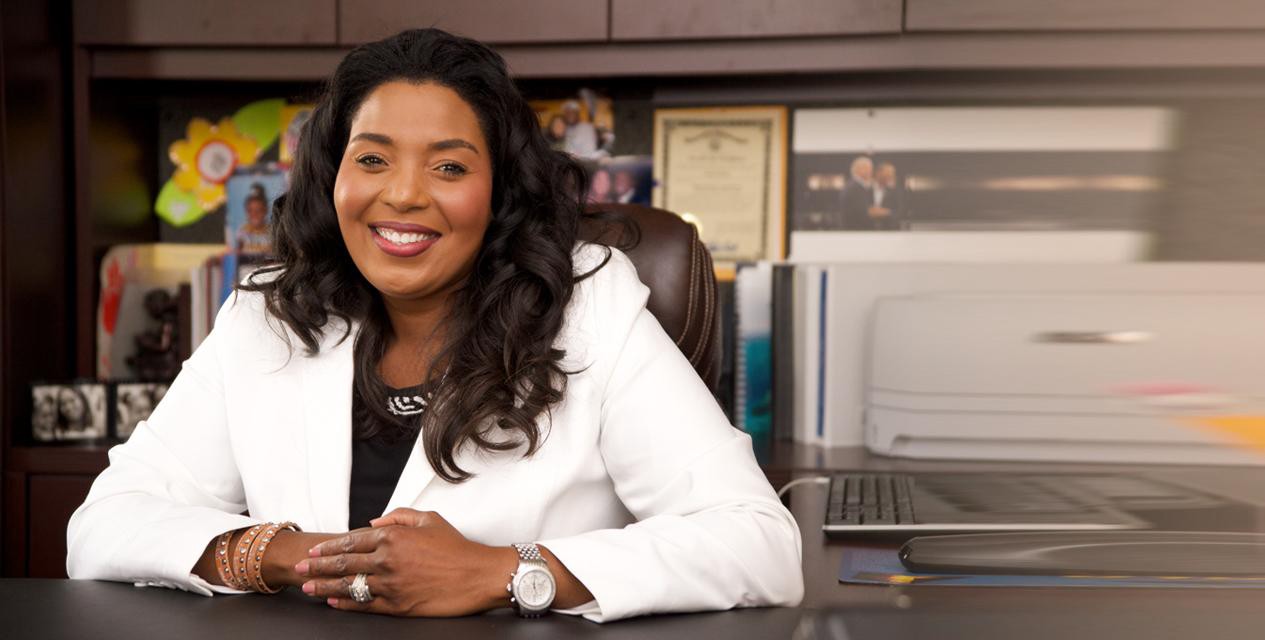 Flanked by her family, she made the announcement Friday at her Davie medical home health care business office. Sharief shared her story about losing her father, who died when she was 14, and struggling to help support her large family.

“I love serving my community and I’m not done yet — not by a long shot,” she said. “I see what the big money corporate interests and the radical right wing are doing to our state capital and it makes me sick. … So I decided to run for Florida state Senate to be a true representative of the brand new district 35.”

This unlikely matchup will be a battle between Sharief, who has represented the cities in this district in one way or another for 13 years, and Book, one of the Democrats’ biggest stars, who is moving to a new district to avoid a primary with an incumbent Democratic Senator.

In a Friday statement, Book went on the offensive against Sharief’s decision to challenge her in the Democratic Primary following Sharief’s failed congressional bid.

“I have spent the past several years fighting for our shared Democratic values and am now working tirelessly to not only increase Democrats’ numbers in the Senate but to stop the ultra right wing agenda of Ron DeSantis and his supporters. Serving in the State Senate should never be a ‘consolation prize,’ especially at such a time when our values and freedoms are under attack by the extreme right,” Book said.

“This last Session showed very clearly why we must defend blue seats and bolster the number of Democrats in the Senate, an effort I am proudly and humbly leading with a strong and diverse slate of candidates across the state. My work in the Senate and as Democratic Leader is far from over, and Democrats fighting each other only undermines our critical efforts to strengthen our party and caucus. We should be working together to defeat the Republican agenda, not each other. I look forward to running a campaign focused on the real issues that matter to Broward families so that I can once again put my full focus on getting Democrats elected across the state in the General Election this November.”

Sharief, however, says she did not think about Book in her decision-making process and hasn’t spoken to her.

“I’m not hurting Democrats, I am a Democrat,” she said. “And if Lauren Book doesn’t want a challenge, then don’t run in this seat because she doesn’t live in this district.”

Sharief came in third in last year’s Special Democratic Primary Election for a congressional race to replace U.S. Rep. Alcee Hastings, who died in office last April. With a larger turnout in the midterm elections, she would have been a strong contender if she decided to make another bid. But redrawn congressional maps took her hometown, Miramar, out of Florida’s 20th Congressional District.

Sharief had said that she would run again if Miramar was put back into CD 20. Though lawmakers have approved a new congressional map, Gov. Ron DeSantis has threatened a veto. On Friday, however, she said she’d set on her path to run for SD 35 before Book announced her move.

Meanwhile, Book’s home district was redrawn and her Plantation address put her in the same district as Sen.-elect Rosalind Osgood, who was just elected last month to fill the seat vacated by Sen. Perry Thurston when he ran for Congress. To avoid a Primary with Osgood, Book announced her intention to move to SD 35, which covers parts of Miramar, Pembroke Pines, Weston and Southwest Ranches.

Sharief, however, was on the Miramar City Commission and served as its Mayor. After being elected to the Broward County Commission, Sharief represented districts with all four of those cities inside.

Book’s supporters complain that a Primary challenge against the Democratic Senate Leader would hurt Florida Democrats across the state. Book has been a formidable fundraiser for Democrats statewide, recently breaking a fundraising record. Between Book’s political committee and her personal fundraising account — out of which she supports other Democrats — the Senator has nearly $3 million cash to spend.

But Sharief said she’s confident with her long history in the district and resources.

“Having the ability to self-fund gave me an opportunity to have a singular voice to represent my district and I think it’ll give me that ability again,” she said.

The district, she also pointed out, was drawn as a minority access district.

“After all, money doesn’t vote, people do,” she said.

One of eight children, Sharief’s father was shot and killed when she was 14. She was soon helping to support her family. Sharief has lived in the area all her life, started her own company and became Broward County’s first Black female Mayor.