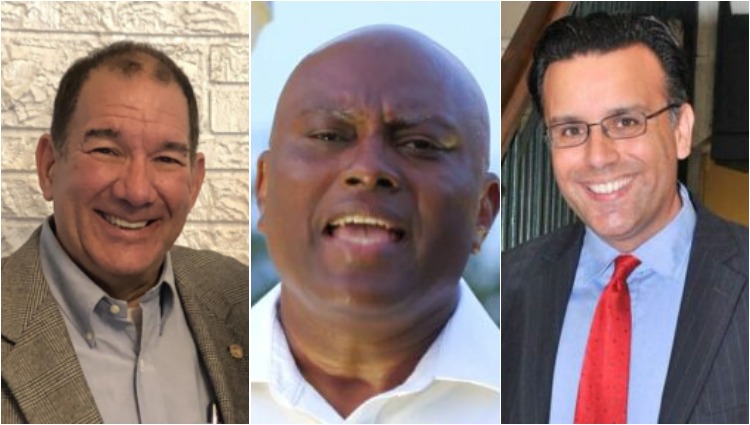 Gudes Tuesday said he had no plans to resign.

The city Monday released the findings of an investigation that determined a former legislative aide to Gudes “provided evidence demonstrating that she suffered harassment based on her sex.”

The investigation looked at 19 comments or situations where Gudes is accused of harassing the former aide. The report said 18 were believed to have happened. The aide ultimately left Gudes’ office and took a $20,000 salary cut to escape the abuse, according to the report.

City Council members were quiet Monday. But on Tuesday, calls for Gudes’ resignation came from across the dais.

“I have read the full report on Chairman Gudes and sexual harassment. No person who behaves with women as is detailed in this report should hold public office, much less chair City Council. The statements detailed here are deplorable,” Council member Luis Viera said.

“More than anything, I salute the remarkable fortitude of the Claimant for speaking truth to the power of her former boss. The steps taken by the Claimant show courage and integrity. The Claimant is a hero. She deserves our unapologetic support and demands for accountability.”

Council member Joe Citro echoed Viera’s sentiments. He also called on Gudes to step down and commended his former aide for coming forward.

“I am deeply concerned with the findings of the HR Department of the city of Tampa regarding Chairman Gudes Monday. We take these findings incredibly seriously and we strive for a non-hostile work environment for all our employees. We must hold all our City Council members to a higher standard of conduct,” Citro said.

“In order to move forward and to maintain the trust of the people of Tampa, I believe that the best course of action would be for Chairman Gudes to resign. I commend the courage of the employee to speak out and file a complaint. I hope they can find resolution with the finalization of this report.”

Since Gudes is an elected official, Castor doesn’t have disciplinary authority over Gudes. But Monday she said he’d be gone if she did have that power.

“Since Orlando Gudes is an elected official, I have no authority over him,” Castor said. “However, if he were a city employee he would be fired over these credible and corroborated sexual harassment revelations. I know from many years in law enforcement that it takes a great deal of courage for a victim to make harassment and hostile work environment allegations against any supervisor, let alone one as powerful as a City Council chairman.”

Gudes is accused in one instance of leaning out of his car and sniffing the aide’s crotch, saying “it smells like you had a man in there today.” Gudes denied making the comment. But in a separate instance, Gudes allegedly told his aide, “I told you before, I was a police officer. I was not trying to smell your twat. I’m not interested in your twat like that. I was making a joke. You are overly sensitive.”

The report also outlines Gudes lack of understanding the meaning of sexual harassment.

“While I disagree with the entirety of the findings in the report regarding my former legislative aide, I do accept responsibility for comments that I made that, while not sexual harassment, were not appropriate for the workplace,” Gudes wrote in a publicly released statement.

But according to the U.S. Equal Employment Opportunity Commission (EEOC), sexual harassment “does not have to be of a sexual nature … and can include offensive remarks about a person’s sex. For example, it is illegal to harass a woman by making offensive comments about women in general.”

Gudes also goes on to write that he “must continue to categorically deny” most of the accusations. But attorney Thomas Gonzalez, who reviewed the findings of Trenam Law’s independent investigation for the city, said Gudes never “categorically denied” anything. Gonzalez said he admitted to four of the instances and said he couldn’t recall when asked about details surrounding the rest.

“The report contains no mention of ‘categorical’ denials,” Gonzalez wrote. “Respondent (Gudes) is reported as answering most allegations with a statement that he ‘could not recall’ making the statement. The report also notes the Respondent’s few express denials.”

Gudes Tuesday said he had no plans to resign. But pressure is mounting and the Tampa City Council is already one member down. John Dingfelder stepped down in early March amid a public records lawsuit. The Council has 30 days to select his replacement.

Gudes, a former Tampa police officer with a 26-year career in the department, is the current leader of the Tampa City Council. He was elected in 2019 and his current term expires May 1, 2023. Gudes represents East Tampa’s District 5.

previousRelief for Kyiv? Russia vows to scale back near the capital