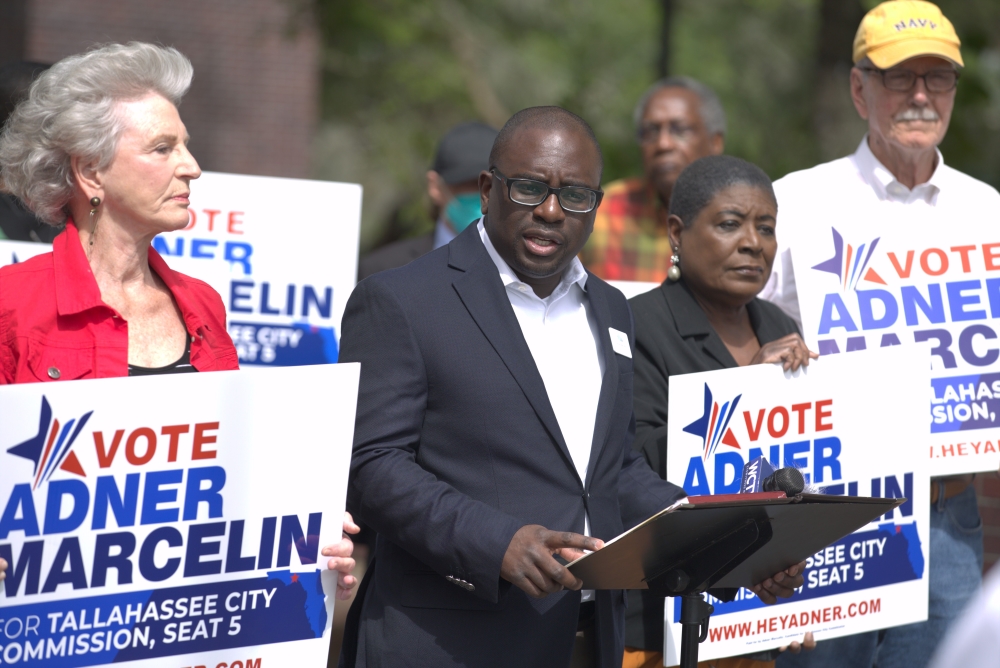 'Adner Marcelin will be the change agent this community so desperately needs.'

During the event, Lightsey said Marcelin has what it takes to be a good Commissioner because he is smart, hardworking and compassionate.

“Adner clearly sees our community’s problems and hears out voices. His passionate commitment will drive him forward to find solutions,” Lightsey said.

In a statement to Florida Politics, she said she volunteered on Williams-Cox’s campaign in 2018, but endorsed and contributed to Marcelin’s campaign this time around before joining it. She believes he will work to enact ethics and lobbying reform, will help push tax dollars to community needs instead of developer-backed projects and understands the need for true community policing.

“He had already demonstrated to me how much he cares about people, and particularly people and neighborhoods that need a champion most, through his work as President of the NAACP,” she said. “Adner Marcelin will be the change agent this community so desperately needs.”

Marcelin also received endorsements from Crump and Daryl Parks, Crump’s former law partner. Both attorneys have given $1,000 campaign donations to Marcelin, and Crump’s law firm wrote him a check for $235.

Marcelin was one of the local candidates that pushed against the Blueprint board’s decision to allocate $27 million of economic development dollars to renovations of Florida State University’s Doak Campbell stadium last month. He penned a letter to FSU President Richard McCullough in December asking him to withdraw the funding request.

Marcelin touched on his opposition to the project in a statement to Florida Politics about his campaign launch, saying he is running so unpopular policies don’t continue to pass over community opposition.

“Whether it’s $27 million in economic development dollars being squandered for a stadium instead of investing in our community or Commissioners voting down needed ethics reform, the unaccountable culture at City Hall has got to change,” Marcelin said. “I am running to be that change Tallahassee needs.”

During his speech at the launch, Marcelin said the ballot box is needed to bring change at City Hall.

If he qualifies, Marcelin will be on the ballot on Aug. 23.