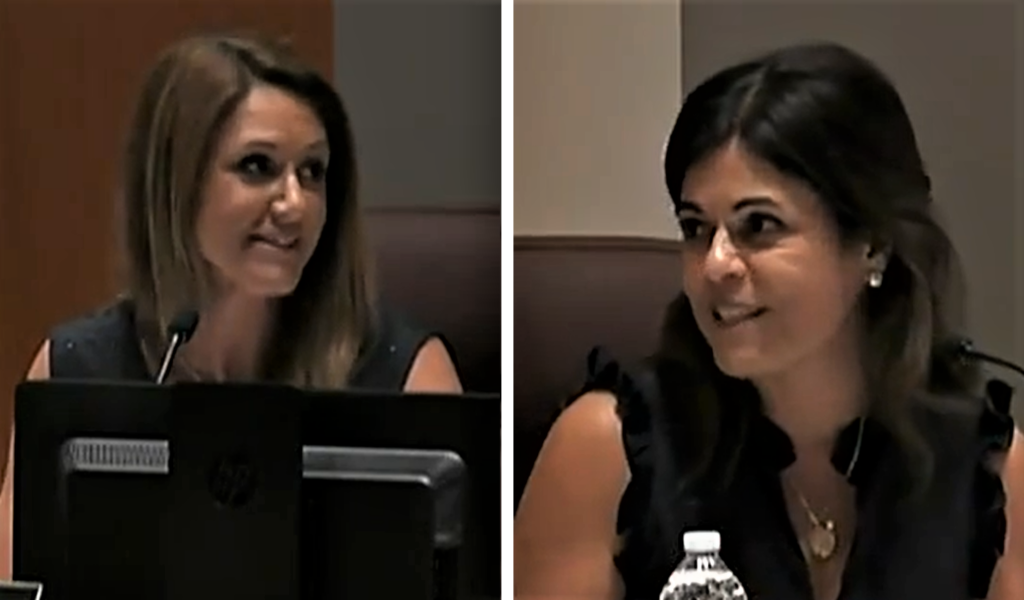 A conservative to far-right bent that could foreshadow their priorities.

Two new women members of Florida’s State Board of Education made their debuts Wednesday, revealing a conservative to far-right bent that could foreshadow their priorities for the state’s public school system and its 2.8-million students.

Byrd, from Duval County, used her first board meeting to signal to Floridians that she will be fighting “ideology” within Florida schools.

“I’m just a mama and the parent of two children — one’s graduated and one in second grade,” Byrd said Wednesday. “And we’ve seen the ideology that’s in our education system and it’s not OK. And I look forward to working with this board to make sure that we find those things and we tackle them.”

Her comments came during the Board of Education’s meeting in Naples, in Southwest Florida.

Byrd’s appointment in March sparked controversy, as her social media posts appeared to be supportive of far-right causes, such as the White nationalist group, the Proud Boys, and the Jan. 6 U.S. Capitol insurrection.

The Florida Times-Union media outlet, located in Jacksonville, reported in mid-March: “Byrd most notably landed in the public eye for her tweets supporting the Capitol insurrection as well as the QAnon conspiracy theory and defending the Proud Boys. A photo of the Byrds flying a QAnon flag on their boat was widely circulated last year.”

Byrd is the wife of Republican state Rep. Cord Byrd, and she currently serves as a legal assistant and office manager for his law firm, which appears to focus on Second Amendment cases, according to the office’s website. (The language in the Second Amendment of the U.S. Constitution includes: “the right of the people to keep and bear Arms, shall not be infringed.”)

She also served in the U.S. Marine Corps from 2002 to 2010, according to a March news release from the Governor’s Office.

Byrd continued her remarks at the board meeting Wednesday:

“If I could just speak to the Floridians for just a second … I want you to know one thing: these people (the Board of Education) are not bureaucrats. They are not just here, you know, getting paid by taxpayer dollars. They care about what they do. They care about the kids, and serving Floridians, and through my orientation and the short time that I’ve been involved, I have been so impressed with all of the staff and how much they genuinely care about what they’re doing.”

The other newcomer is Grazie Pozo Christie of Miami, who is a radiologist. She currently is heavily involved with Catholic organizations such as The Catholic Association which describes itself in part on its website as “defending religious liberty, life, and the Church in the public square.”

Her Twitter account currently is comprised mostly of anti-abortion tweets or retweets. Christie posted a reference on her Twitter page, claiming that “late-term abortion is never medically necessary.”

Outside of the abortion front, she also weighed in on divisive legislation now in law — the so-called ‘Don’t Say Gay” measure — limiting the instruction of sexual orientation and gender identity in public schools.

On Wednesday, at the state board meeting, Christie said she was “surprised” but honored to be appointed to the state Board of Education.

“Also I very much admire in the way that the Governor and this Board and the Department of Education has put a real focus on parental rights, on transparency, on doing for children and young adults, what they need, which is to educate them,” Christie said Wednesday. “To educate them to be ready for the great challenge of living a successful life out in the workforce and building great families. And I think that’s what education ought to be about and that’s what I feel this board is doing.”

Both newcomers expressed their disappointment in not being able to work with current Florida Education Commissioner Richard Corcoran, who is expected to step down in late April.

“I’m sorry I won’t be working with you, Commissioner,” Christie said.

Corcoran spent the first part of the meeting giving his farewell comments to the board, thanking the board members and department staff.

Though maintaining composure, Corcoran seemed emotional in his remarks.

“This is, in all likelihood, the last full board meeting I would participate in as your Commissioner. It’s been a great run,” Corcoran said.

He added: “I’ve said it at the last meeting: I don’t think there’s a finer board in the state. I don’t think there’s a board that’s had more adversity thrown their way, more controversy. Our meetings are probably the most lively of any meetings in the state and you guys, you know what you believe, you know what your philosophy is and you have the courage to fight for it.”

nextNo. 9 on the list of Tampa Bay’s Most Powerful Politicians: Vern Buchanan