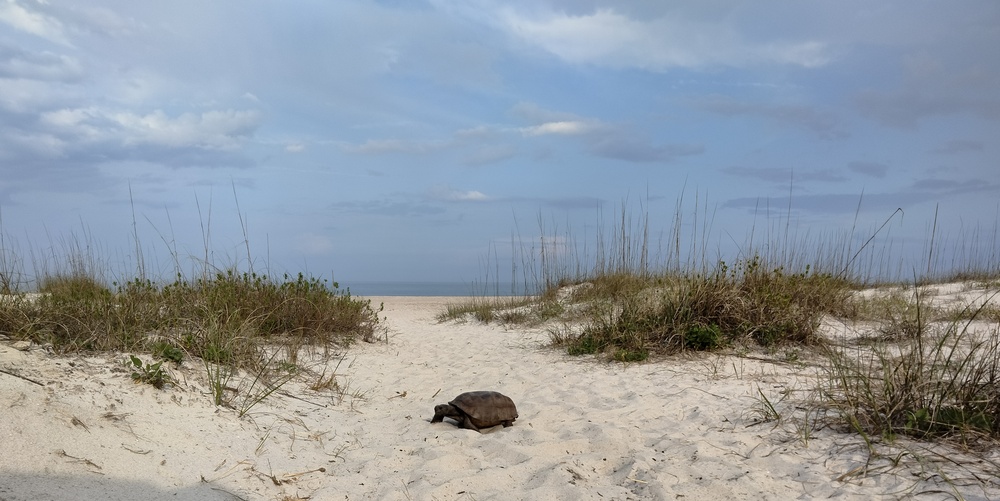 State officials dealt with more than 1,600 tortoises since under the policy since mid-November.

An executive order relaxing Florida’s gopher tortoise regulations created some grumbles among conservationists. But after one extension, it isn’t likely to be extended again.

“It was meant to address the current high demand for placements at recipient sites for safe and humane relocation of tortoises while we worked through permitting additional recipient sites,” said Kate Richardson, the Florida Fish and Wildlife Conservation Commission (FWC) gopher tortoise program coordinator.

“I just want to be really clear with everyone, that temporary deviation in forming the executive order was not a blanket authorization. It also doesn’t reduce or eliminate the need for permitting, and it certainly didn’t change the fact that if you were to impact tortoises or their burrows, you would still be violating state law.”

The order lowered the mitigation fee for short-term recipient sites to the same level as long-term sites, and the 100-mile relocation rule was waived. It also encouraged land agents to be quick in giving notice to recipient sites and reporting back to FWC to expedite the release of unused capacity.

Richardson spoke at the latest meeting of the state Gopher Tortoise Technical Assistance Group (GTTAG). The order, issued in November and reauthorized earlier this year, received pushback from the Gopher Tortoise Council.

“First, deviation (No.) 2 allows relocation of tortoises more than 100 miles to the north or south. This will result in loss of regionally significant populations in the rapidly developing Florida peninsula,” according to a statement by the council, a group of scientists and advocates.

“Deviations 4d and 4e authorize ‘temporary’ relocation of tortoises either on-site (4d) or to public lands (4e), which puts both relocated and resident tortoises at risk of disease or other harm from overstocking, or multiple relocations from temporary to permanent recipient sites, or unsuitable habitat (particularly for on-site) with lack of adequate monitoring. EO 21-27 is not supported by science and is in opposition to work being done by the Gopher Tortoise Technical Assistance Group and the tortoise research community.”

There were some changes in the second order related to the temporary permits.

“All this did really is to remove the deviations for temporary on-site locations and temporary placements on public lands,” Richardson said. “Everything else was basically carried over under this (second order).”

They’ve handled more than 1,600 tortoises under the executive order since mid-November.

“So far, it looks like we’ve had confirmed relocation of 189 tortoises to short-term sites at that lower mitigation rate,” Richardson said. “That’s just so far, because I don’t have all the data yet for all the permits that have been issued during this executive order. That’s something — you have to wait for their permit to close and an agent to send an after-action report to know for sure.”

As to whether these policies are extended again, Richardson said agency staff don’t foresee that happening.

“There’s nothing that’s been indicated to me that is the case,” she said.

Once it expires in several days, the rules revert to what they were before the order.