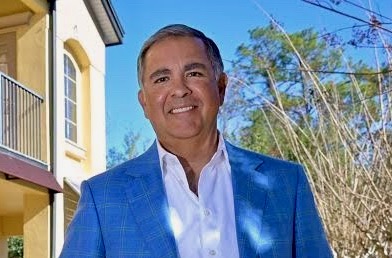 He enters a deep pool of Republicans vying for a shot at Soto in the redrawn CD 9.

Martinez, of Orlando, has been in public accounting for more than 30 years, devoted to tax and general accounting services, with an emphasis on business consulting. He also has been active in a variety of business and civic organizations.

He joins a large Republican Primary Field that includes William Olson, who is seeking a rematch after losing to Soto in the 2020 election, as well as Jose Castillo, Scotty Moore, Sergio Ortiz, George Shepherd and seven others. They’re all seeking to represent CD 9, which is centered in Osceola County and southern Orange County.

There also are several Democrats and an independent candidate seeking to take on Soto, a three-term incumbent from Kissimmee, in 2022.

“With Joe Biden and Darren Soto in charge, we’ve gotten nothing but higher taxes, higher gas prices, higher food prices, empty shelves, and weak American leadership abroad,” Martinez said in a news release. “I pledge to represent our district with a commitment to lower taxes, spending and stop federal overreach, and restore an America First doctrine to the federal government.”

“I look forward to working with our fellow Republican Congressmen to grow our economy with a doctrine of less government and more freedom,” he added.

The final outline of CD 9 is unknown, as Gov. Ron DeSantis vetoed the redistricting map approved by the Legislature this past winter. That map had drawn CD 9 similar to the district Soto has won in the past three elections, only making it more Democratic. DeSantis’ concerns do not appear to have focused on CD 9, so it might not be a focus of any changes in the upcoming Special Session. But any tinkering with other districts, notably nearby Florida’s 10th Congressional District, would adjust other district’s boundaries and constituencies.

Most of the district has covered Osceola County, but much of its electorate has been in the more populous Orange County. The vetoed CD 9 map swapped out some largely Republican areas of Polk County, which Soto has represented, for a bigger piece of southern Orange County.

The vetoed map appeared to give CD 9 a strong Democratic lean, based on results of the past couple of General Elections.

Martinez is a election newcomer, but no stranger to political leaders.