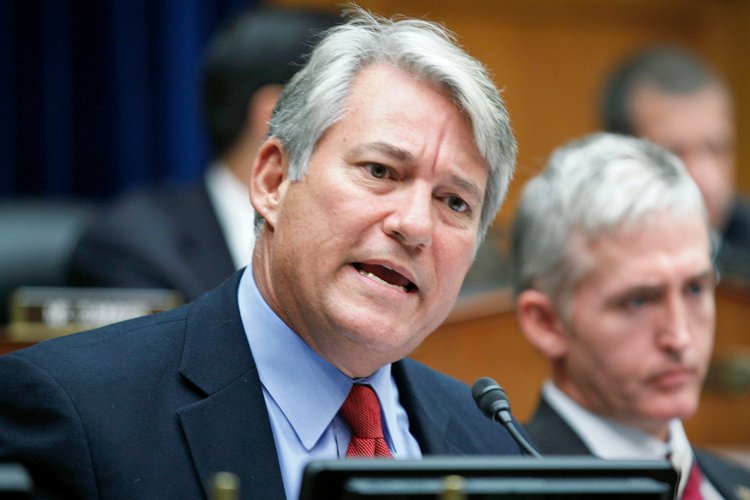 It’s been about a month since former U.S. Rep. Dennis Ross entered a crowded race for the vacant seat representing Florida’s 15th Congressional District, and over that time his campaign has repeatedly botched its fundraising filings.

The errors began just days after Ross announced he wanted his old job back. On March 17, accounting firm Robinson Gruters & Roberts filed a statement of organization with the Federal Election Commission establishing his new political committee, “Dennis Ross for Congree.”

The Venice-based firm amended the form a day later to correct the spelling error so the political committee’s name is listed as Dennis Ross for Congress. 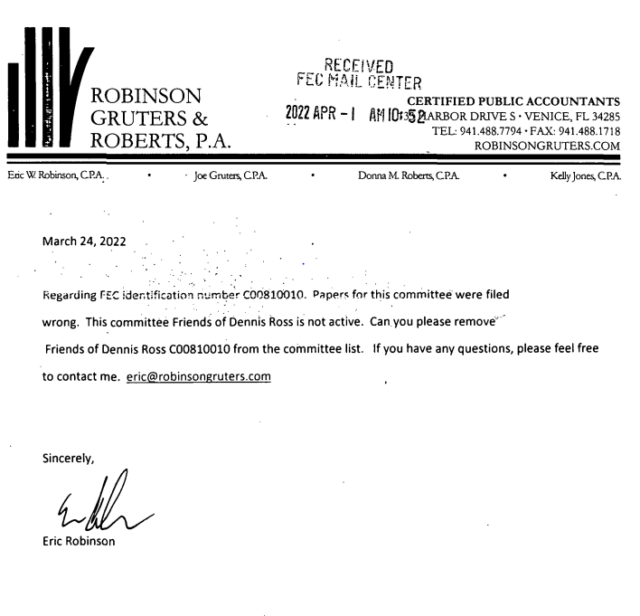 On both versions of the report, the political committee named is Friends of Dennis Ross but the FEC ID number is for Dennis Ross for Congress.

Also on both versions, the cycle-to-date — the sum of all receipts from each source donor this election cycle — is errantly listed as zero on all lines.

The campaign reported raising just over $73,000. Of that, $60,500 came from individual donors and $12,500 came from political committees. Among his donors are Republican state Sen. Ben Albritton and U.S. House Republican Whip Steve Scalise’s political committee, Eye of the Tiger PAC.  Speaking of tigers, a donation was received from Big Cat Rescue CEO Carole Baskin, who was highlighted in the “Tiger King” Netflix documentary series and “Joe vs. Carole,” its dramatized retelling on Peacock.

Baskins’ first name is misspelled as “Carold” on the report.

A Lakeland Republican, Ross served in Congress from 2011, when his district was numbered as Florida’s 12th Congressional District, to 2019, by which time the district had been renumbered as CD 15 for six years.

“It’s time to move on,” he told Florida Politics then. “Cindy (Ross’ wife) and I have talked about this for some time. I planned on 10 years, but after eight with both my sons getting married within the year and having accomplished what I had hoped, it’s time.”

“I have been blessed to have previously served in Congress but the past few years have shown that I have a responsibility to return to restore fiscal responsibility and conservative principles to the halls of Congress,” he said. “Sadly, the current administration and Congress have run our country into a ditch — effects we see every day at the gas pump and in the grocery store.”

Gov. Ron DeSantis’ congressional map still awaits approval by the Florida Legislature. For now, 10 candidates are running in CD 15, which would include northeast Hillsborough County north of State Road 60 in Brandon and Valrico, north of Bush Boulevard/Gunn Highway in New Tampa and east of the Suncoast Expressway. It also covers some of south Pasco County and a large portion of Lakeland in Polk County.

As Florida Politics previously reported, the seat is one of the most closely divided by party on DeSantis’ map, with about 50.86% of voters casting ballots for Trump and 47.74% voting for Biden. Under a map the Legislature proposed that DeSantis has since vetoed, neither presidential candidate received 50% in the district.