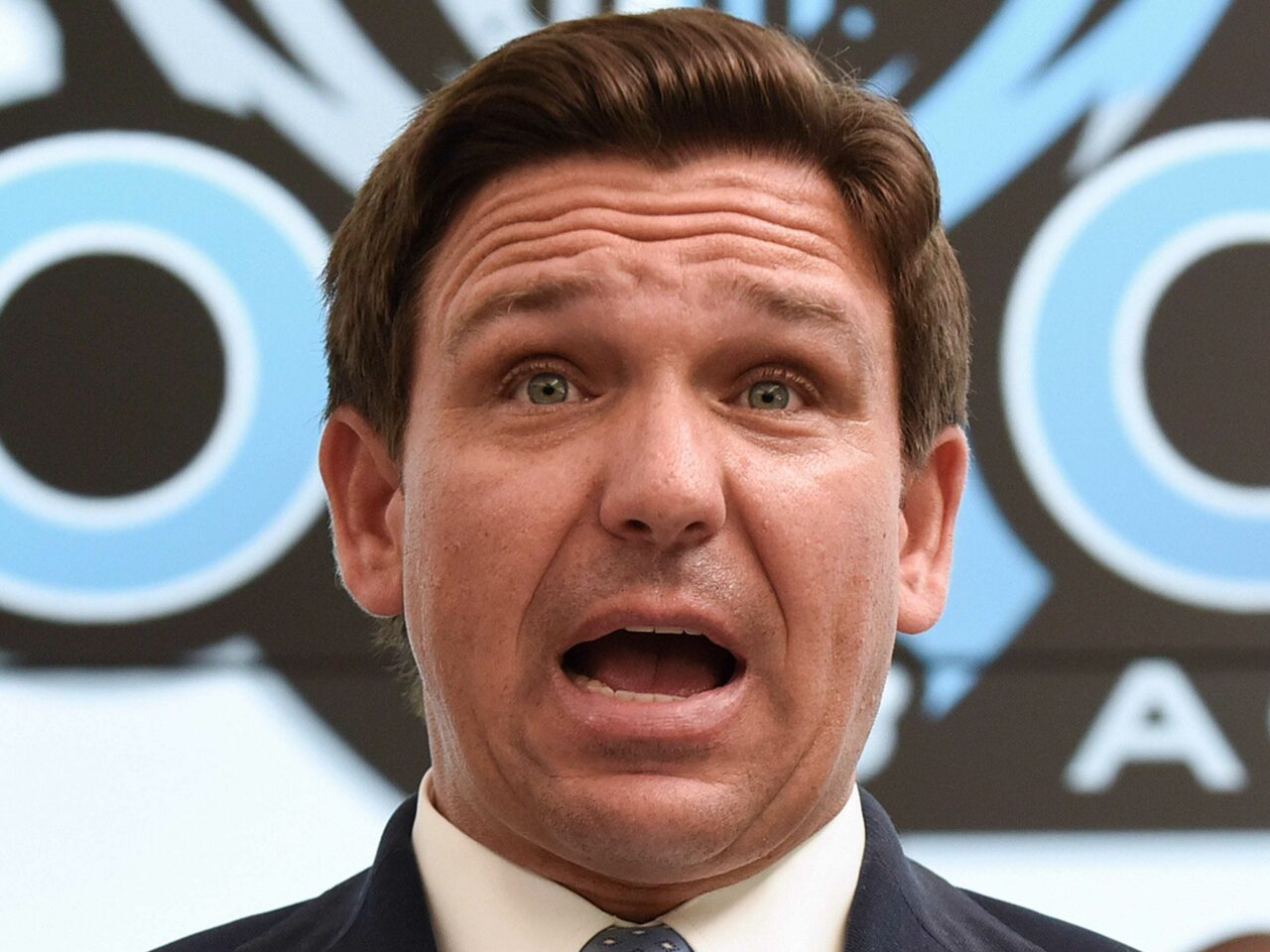 The Battle of Reedy Creek could be the Gettysburg of America’s culture war crusades.

Today, in the first wave of the battle, the Florida Senate dutifully passed the demands by General Robert E. DeSantis to attack and dismantle Disney’s land holdings in Orlando.

Even for Floridians, Reedy Creek is obscure; a small, strange legal fiction created by the State of Florida for Walt Disney World in 1972. It was an utterly esoteric remnant in state law until Gov. Ron DeSantis set his sights on breaking Disney to his will.

The DeSantis attack on Disney will cost Florida taxpayers at least $2 billion, and residents of the two counties where Disney resides an average of $2,200 more per household annually in local property taxes. DeSantis is working hard to kill the golden goose of Central Florida tourism.

This stunt is all about giving DeSantis more ammunition in his nonstop culture war as he prepares to primary Donald Trump in 2024, and the Florida Legislature has covered itself in infamy for playing his game. Just as Washington Republicans lived in terror of Trump’s horde, Florida House and Senate Republicans live in fear of DeSantis and his mob, including the ones who troll on the taxpayer’s dime.

As America’s hottest new dictator-curious Trump-manque, DeSantis signed an instantly notorious “Don’t Say Gay” bill this spring as part of his nascent 2024 presidential campaign. Like almost every Republican moral panic and trolling operation (but I repeat myself), it was a divisive piece of legislative arson presented as a response to an imaginary threat.

Through the incessant tweets and statements of Christina Pushaw, his most crucial strategic adviser, DeSantis characterized any opposition to the bill as that of “groomers” and “pedophiles” aiming to abuse Florida’s children.

Having abandoned all their previous ideological predicates under Trump and giving in to the sweet seductions of the pursuit of absolute power, today’s GOP believes in nothing and, therefore, can convert any issue into a campaign weapon … the more lurid and conspiratorial, the better.

DeSantis has been a wildly successful fundraiser from corporate titans like Disney. They think they’ve bought a relationship, as has been done since time immemorial. Leaders of these companies felt that giving DeSantis campaign contributions would buy his favor. Disney thought that, too.

Disney was wrong, and major corporate backers of DeSantis are wrong, as well. They just don’t know it yet.

With an authoritarian bully, the old transactional dance with corporations, super PACs, and politicians on the right is over. Disney’s massive, decades-long investment in the Florida GOP bought them nothing.

If you’re a major donor to DeSantis or the Florida GOP, you’re fine … until you’re not. You’re best friends … until you’re sworn enemies. DeSantis is a radical populist and the grunting, seething hatred stoked in his base by the agitprop machine over everything and everyone who disagrees with the Dear Leader’s plans is his only real weapon.

Republican leaders once at least mouthed the correct pieties about the free market, free speech, and government staying out of the workings of private enterprise. Today, the message is quite the opposite. Government control of corporations’ speech, internal policies, and behavior is precisely what the DeSantis assault on Disney’s rather anodyne objections to his “Don’t Say Gay” bill represents.

DeSantis and Co-Governor Pushaw understand that the great unwashed MAGA masses would much rather hear about Ron DeSantis, warrior against the vast and dangerous — and imaginary — army of pedophile groomers, rather than see DeSantis respecting the free-speech rights of a corporation and its leadership. As much as Florida Republicans bleat about the imaginary threat of communism — which exists almost entirely in college dorm bullshit sessions and the sleepy dreams of doddering old Bernie Bros — they sure love its tactics.

It doesn’t help that Disney still believes that they’re playing the old game.

Disney’s lobbyists in Florida and Washington assured them that they could donate their way out of this crisis. Their PR people are telling them that the brand is strong, and DeSantis will stop soon. They’re convinced they can wait him out.

Always punch the bully back, twice as hard.

Disney should turn their money, media, and creative muscle against him, moving the argument off “Don’t Say Gay” and on to making DeSantis and his enablers feel real pain. They’re the state’s largest employer and generate billions in tax revenues.

How? One idea is to go in hard against DeSantis in the Florida Governor’s race, but I’d argue against it. As a general in this war, he’s hard to kill politically. So why not take some of his enablers off the battlefield?

Disney should identify a dozen or so Florida state House and Senate races and invest $25-$30 million into breaking the GOP majority in the state. For the Florida GOP, that amount of money is a significant lift; for Disney, it’s a rounding error. Make every Florida Senator who sponsored this monstrosity rise from their normally serene easy re-elections and suffer.

Bullies rarely fight alone. DeSantis needs an obedient majority in the Legislature to make the threat of breaking Disney a reality. Break — or even shrink — the GOP majority and he’s a loudmouth, not a threat. Given this stunt’s massive, budget-crushing costs, a Legislature with fewer Ron acolytes will think twice before playing this game again.

Disney almost certainly won’t follow this advice. They’ll double down on doing more of what got them here; sucking up to the Florida GOP and the Governor who wants to destroy them.

“Go along to get along” is political poison when you’re dealing with authoritarians.

Disney is on the front lines of the culture war now, and unless they fight back hard, it’s a war DeSantis has every intention of riding all the way to the White House.