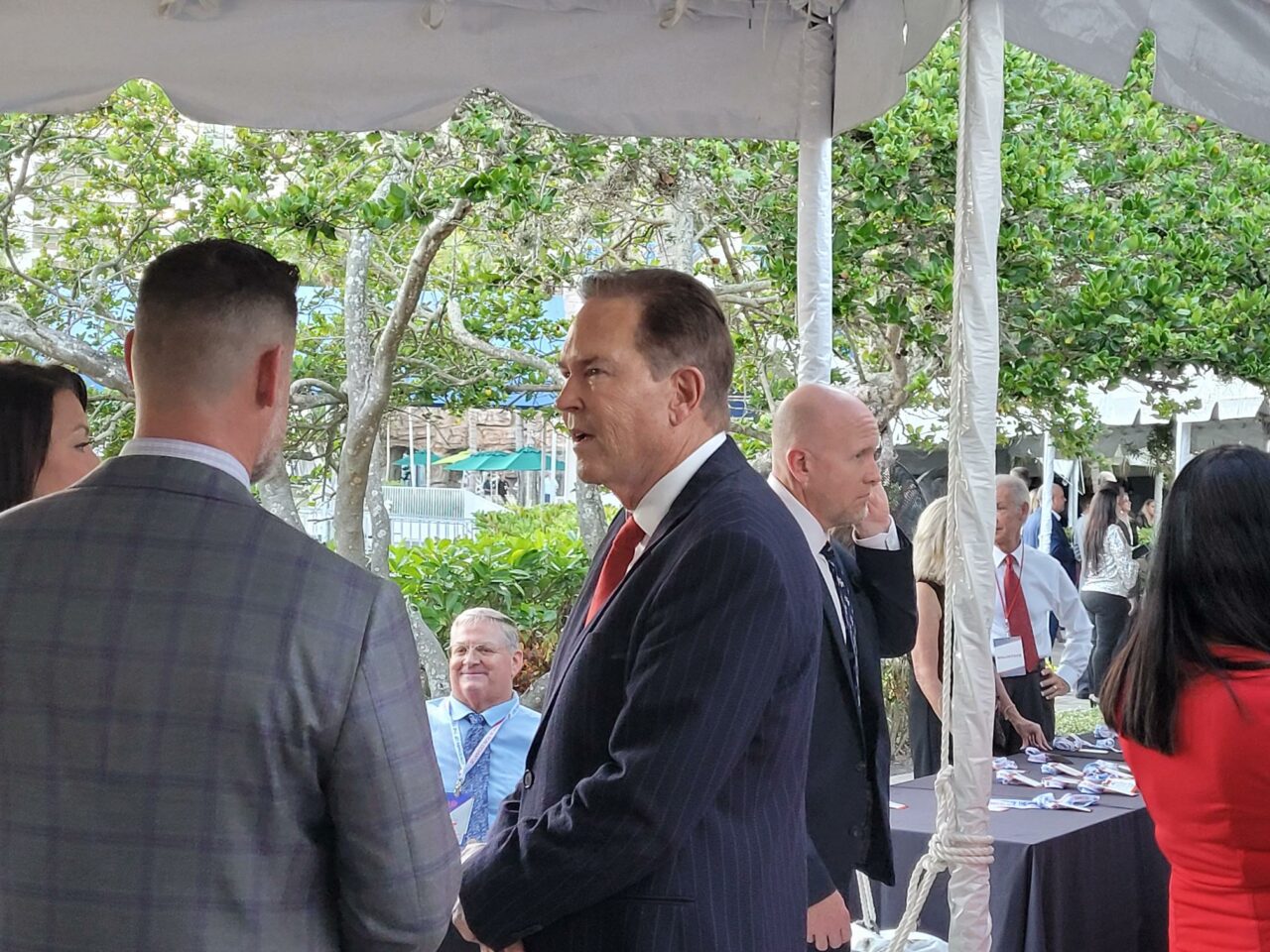 His run in the Manatee County-based district should put speculation to bed in the region.

“The Congressman is looking forward to running for re-election in a district that he has served for the past decade,” said campaign spokesman Max Goodman.

The announcement comes the day the Florida Legislature expects to pass a new congressional map (P 0109) proposed by Gov. Ron DeSantis. Buchanan’s choice to run in the Manatee-based seat comes less than an hour after Rep. Greg Steube announced he would run in the neighboring Florida’s 16th Congressional District.

Under the DeSantis map, CD 16 covers all of Manatee County and most of south Hillsborough County south of State Road 60 in Brandon. Buchanan’s current congressional district includes northern Sarasota County and does not extend as far north.

Buchanan technically lives in CD 17 under DeSantis’ map, which splits the affluent island community at the Sarasota-Manatee County line. But the bulk of his current constituency lives in the proposed CD 16.

“Manatee County has always been the heart of the 16th district and will remain so going forward,” Goodman said.

A decision to run in CD 16 was made in part because it seems increasingly unlikely a court challenge to DeSantis’ maps will stop them from going into effect for the 2022 midterms. Goodman cited language in the redistricting legislation under consideration in Tallahassee that limits the venues where the map can be challenged to state courts in Leon County.

“The success of a lawsuit in federal court has now been greatly diminished due to a provision in the bill constraining the grounds for a legal challenge,” Goodman said.

Buchanan has been torn about where to run. He has represented part of Sarasota for his entire political career, and before that served as a prominent business community leader. His name appears on the Greater Sarasota Chamber of Commerce building, one of several structures in town with his moniker prominent on the outside.

But the decision to run in CD 16 settles widespread speculation about who would represent a trio of Southwest Florida seats. With Buchanan in CD 16 and Steube in CD 17, that leaves Florida’s 18th Congressional District to Rep. Scott Franklin, a Lakeland Republican. DeSantis’ map redraws CD 18 to run from the Florida Heartland, which is represented by Steube now, north to the Lakeland area, including population centers now represented by Franklin.

The move also abruptly ends a possible Primary contest between Buchanan and Steube in CD 17.

Buchanan has faced significant challenges from nationally backed Democrats, but in recent election cycles fended off both Democrats Margaret Good and David Shapiro with double-digit wins. Of note, both of those former candidates were based in Sarasota.

This year, Buchanan runs for a ninth term while on the cusp of becoming one of Congress’ most powerful members. He’s the senior Republican in the House Ways and Means Committee, and the favorite to Chair the panel in the event Republicans win back a House majority in the November midterms.

A partisan performance analysis by MCI Maps of DeSantis’ map shows the proposed CD 16 is a relatively comfortable Republican seat. About 53.8% of voters in the district went for Republican Donald Trump in the 2020 Presidential Election, compared to about 45% who backed Democrat Joe Biden.

Buchanan has been endorsed for re-election by former President Trump.