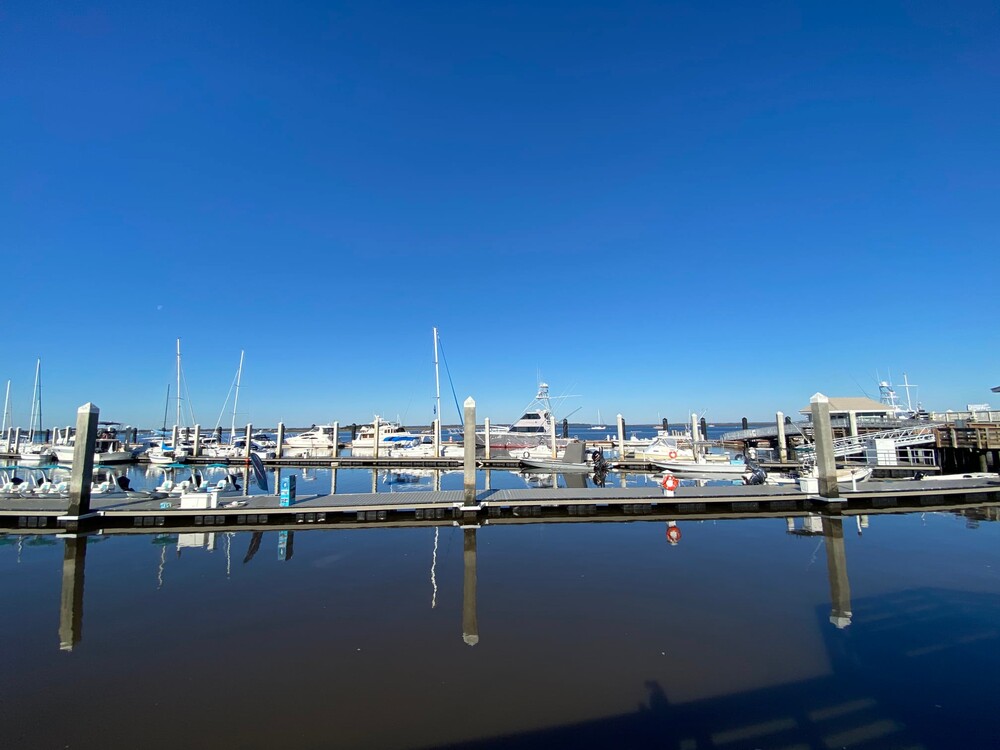 The proposal allocated $8M each for waterfront resiliency and downtown renovation.

For around 25 minutes, there appeared to be a prepared bond package concept for the City of Fernandina Beach to handle a number of problems that have no dedicated funding source. Those talks collapsed though, and city leaders’ second attempt in as many meetings to put a bond on the ballot failed.

The bond referendum language that came before the Fernandina Beach City Commission this week lacked specifics — there were blanks where the amount of money should go, for instance. So Mayor Mike Lednovich said he couldn’t ask for a motion and a second on such a document.

Commissioner Chip Ross stepped in and did so with specifics. He suggested the city pursue a $20 million bond with a 30-year payback that would be voted on during this year’s General Election in November.

He developed this allocation as a compromise among concerns and interests, aired in earlier Commission discussions and public comments, that needed addressing after years of inaction or partial action.

“For the waterfront resiliency, which I think is important, and Commissioner (Len) Kreger has championed, I went through it with the City Engineer — for $8 million, we can do the boat ramp segment, Parking Lot A, Parking Lot B and 101 Front Street and design and permitting,” Ross said.

Ross went over details about what the money would provide in each of the other line items, like downtown renovation, but it went for naught.

“As you all know, my case has been, we need to put the bond issue out for the resiliency and sea wall,” Kreger responded. “I have problems with these other ones.”

He said if Commissioners wanted new streetlights downtown, they can do that now.

“What we’re asking from the public then, outside of the greenway, is to give us money because we didn’t do our job. How we do our job becomes another story,” Kreger said. “With shoreline stability … we started funding it in the area of $2.5 million. That gives us no real protection relative to the shoreline.”

Putting work into the shoreline has been the Commission’s goal and they should stick to it, he said. Kreger’s comments effectively killed any momentum Ross’ proposal had.

“I’ve been thinking a lot about this since our last meeting, and since what you just said, Commissioner Ross, about these different projects coming together,” Commissioner Bradley Bean said. “Like Commissioner (David) Sturges, there are a few things in there that I think to myself, I don’t think we should be taking out a loan to pay for this, or … for instance, I’m going to point out the streetlights.

“I personally think the streetlights downtown are charming. I don’t think they’re a problem, I don’t think it’s an issue. I think most people, if you go downtown and you ask them, ‘What did you think about downtown,’ they’re going to say it was great. They have people come here for our current downtown, and our streetlights are a great part of that.”

Ross’ motion failed with four votes against his vote in favor.