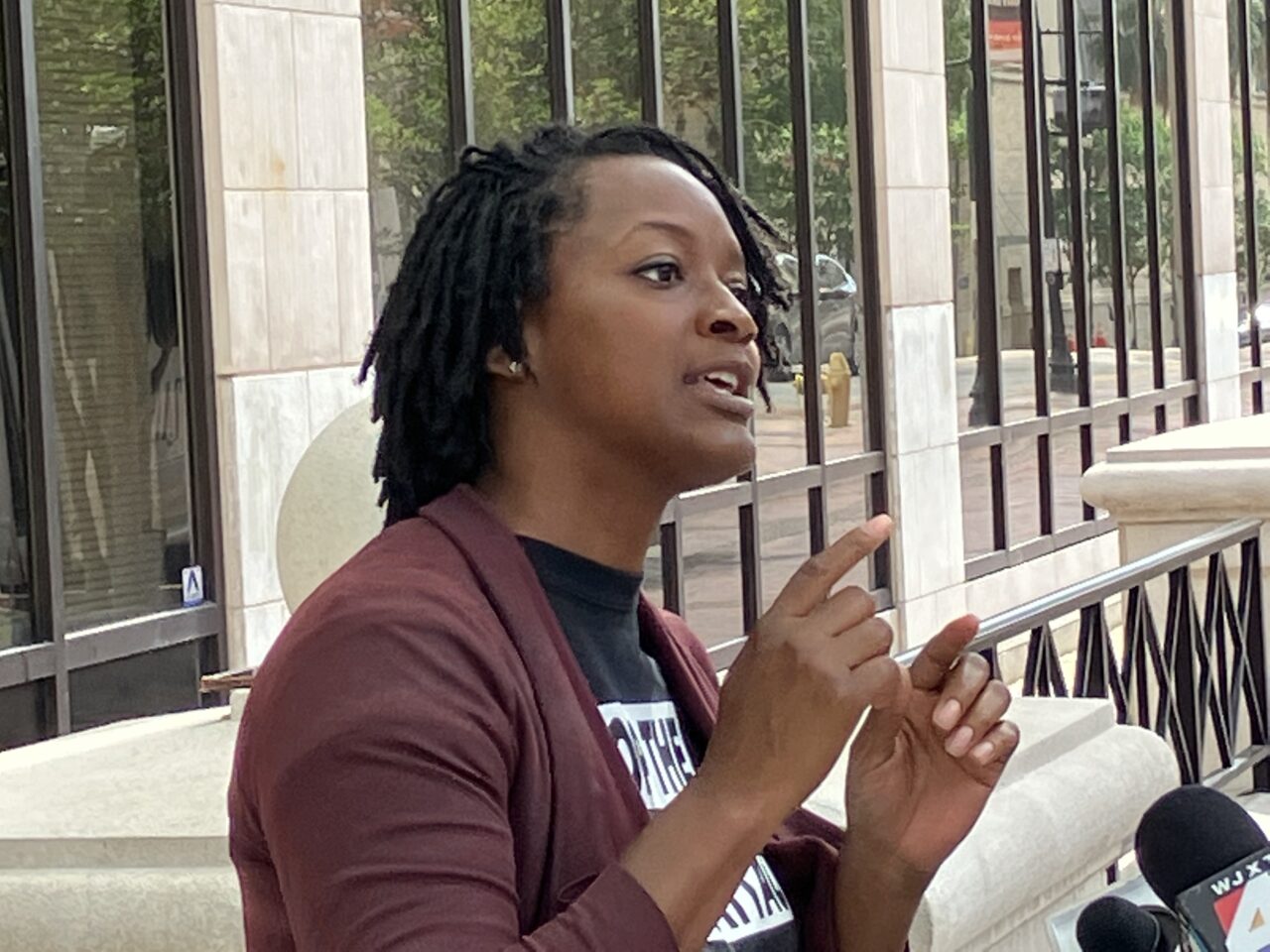 Less than 24 hours after the House passed a controversial congressional reapportionment map that removed Jacksonville’s historic minority access district, Democrats derided the map and promised to fight it.

Gov. Ron DeSantis’ map created 20 likely Republican seats out of 28 total in Florida, and one of the moves to make that happen was ending the current drawing of Florida’s 5th Congressional District, which spans to Gadsden County and is represented by Tallahassee Democrat Al Lawson. In its place: a new GOP-dominated district in which Nassau and Clay Counties hold 65% of the Primary electorate.

Democrats decried this drawing, led by two local legislators who were prominent in the floor protest of the map process Thursday.

Rep. Angie Nixon, who represents portions of Northern and Western Duval County in House District 14, offered fiery denunciations of the Governor and the map process.

“What we witnessed is a bully who continues to push policies because he doesn’t want to say ‘Black,'” Nixon said. “This Governor is really a racist. I won’t mince my words. He is a racist.”

Nixon mentioned the Governor’s move to sunset Disney’s special district in Central Florida, one agreed to by the Legislature this week along with the map, as evidence of how far DeSantis is willing to go.

“If they are willing to come after Disney, they are coming after you,” Nixon said.

Other locals echoed these comments. One of them, Democrat L.J. Holloway, is running in the new district. She ran in the old CD 5 in previous cycles, losing each time in the Democratic Primary.

We asked if DeSantis’ decision to run up Republican margins in the state was anything like similar processes happening in Democratically controlled states, where Republicans are marginalized in those maps. Nixon and Davis rejected the premise.

“It’s apparent he’s more focused on becoming President of the United States as opposed to the real issues,” Nixon said.

“We have protections in place which this map and this Governor are ignoring completely,” Davis added, scorning the map as a “racial gerrymander.”

“He has no regard for the law. He didn’t follow the law,” Davis said.

Notable Republicans are eyeing a run in the new district, meanwhile. That includes Sen. Aaron Bean of Fernandina Beach and Jacksonville City Councilman Rory Diamond, who represents the beach communities.

Jacksonville Mayor Lenny Curry, meanwhile, has ruled out a 2022 congressional run, which would have required him to leave office early.