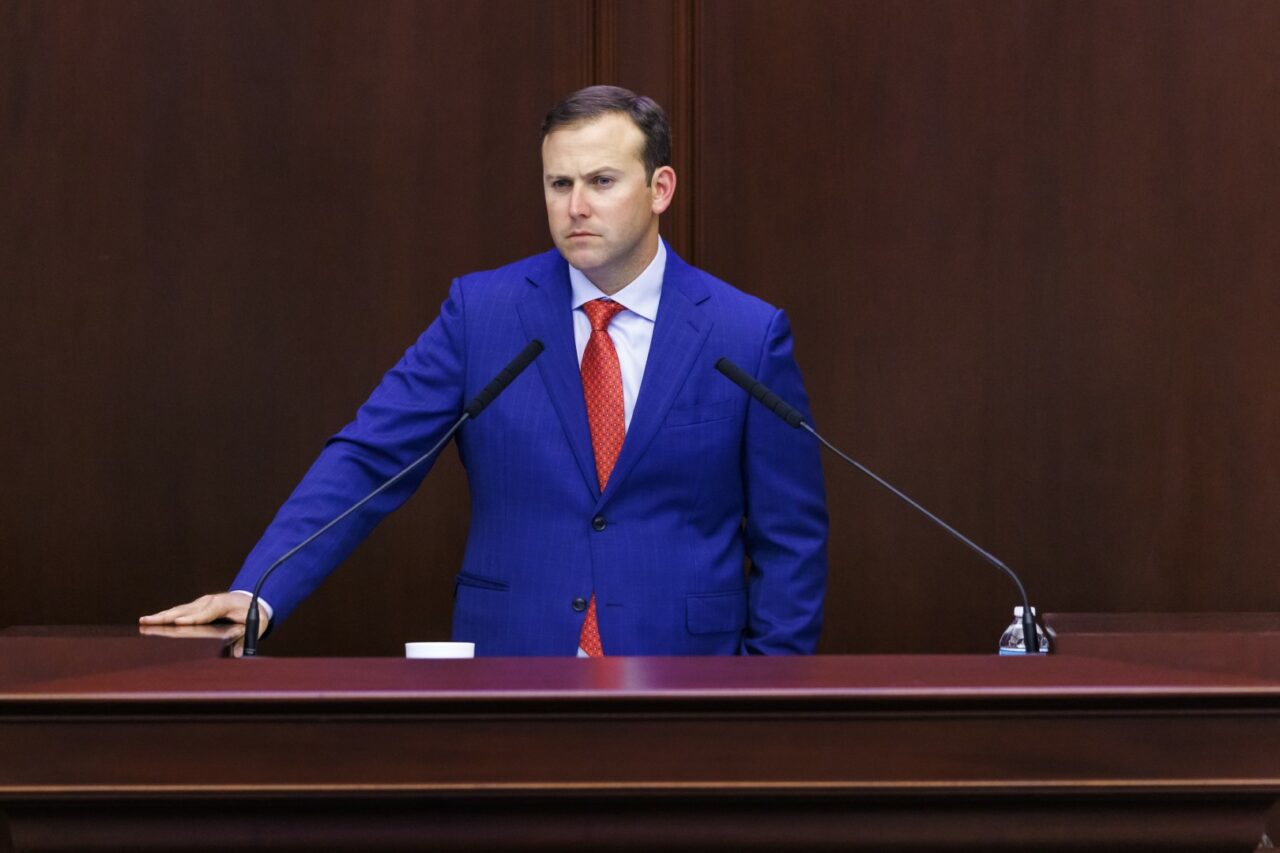 Speaker Chris Sprowls’ perfunctory and futile appeals for decorum took only moments before a swift vote was called, giving final, party-line legislative approval to SB 4-C. That measure would dissolve the Reedy Creek Improvement District and five other smaller special governmental agencies across Florida next year.

There was no floor debate attempted Thursday, despite the bill’s highly controversial contents and the process that led to its legislative approval.

Lawmakers OK’d SB 4-C by a 70-38 vote, as well as the congressional redistricting bill and another Disney bill, after debate on the redistricting bill collapsed into protest just before noon. That led to an hour-long sit-in protest by House Democrats, primarily African American members, who argued the map was an unconstitutional abridgment of African American voting rights.

Sprowls reconvened the House shortly before 1 p.m., then pushed the three bills of the Special Session through to quick and expected approvals in about five minutes’ time, essentially overcoming shouting from the back of the chambers long enough to follow parliamentary rules toward swift votes.

While the redistricting bill has far broader implications, SB 4-C was no less controversial. Democrats had charged it was a government manifestation of Gov. Ron DeSantis’ ire toward Walt Disney Co., for the California-based company’s public criticism of the controversial parental rights bill (HB 1557) approved last month. Republicans had pushed that measure through during the regular Session. DeSantis signed it as Democrats and other opponents labeled it the “Don’t Say Gay” bill.

SB 4-C, which now goes to DeSantis’ desk for his signature, would dissolve the special government created 55 years ago to provide Walt Disney World with its own style of home rule. The bill and its House counterpart were first unveiled Tuesday. They drew fierce debate the past couple of days, as Democrats called the legislation political punishment and extortion of a private company for speaking out against the Governor’s agenda.

There was no debate on the House floor Thursday, as Sprowls maneuvered it through the chamber’s din. There had been two hours of debate scheduled.

The House also approved SB 6-C, removing a tech free-speech carve-out created for Disney Plus last year. That approval came short moments after SB 4-C was approved. Another 40 minutes of debate had been scheduled for that bill.

“These two bills have got a lot of questions and a lot of attention over the last two days,” Sprowls said as he tried to direct the House’s attention. “Every member of this chamber should have the opportunity to talk about that and to speak their piece. We’re going to move on to those two bills. If we can have a civil debate that respects the rules of this House that we all voted and agreed to, we will do that. If, however, our colleagues continue to try to shut down our process, I will entertain a motion to call the previous question and we’ll vote on the two bills.”

Once DeSantis signs SB 4-C — and he essentially had the bill drafted and run through the Special Session in short order — Reedy Creek and the other five special districts all would be scheduled to go away on June 1, 2023. That’s unless the Legislature reconstitutes them in the 2023 Legislative Session next year.

The other districts facing a 2023 demise include development authorities in Bradford and Hamilton counties, a water and sewer district in Franklin County, a water control district in Broward County, and a law library district in Marion County.

Afterward, Democratic Rep. Carlos Guillermo Smith of Orlando lashed out at Republicans for accusing Democrats of violating decorum, saying the Republicans were using the “full power of the state of Florida to enact retribution against their political opponents, namely Disney.”

“While some Republicans are out there crying that we violated decorum, they violated the Constitution of the state of Florida, they have trampled on the rights of everyday Floridians,” Smith said. “And that is why it was important for Democrats to take a stand today and I am proud of my colleagues for doing so.”

The measure the Democrats contend led to SB 4-C, the parental rights bill, bans classroom “instruction on sexual orientation or gender identity” for students in kindergarten through third grade, or “in a manner that is not age-appropriate or developmentally appropriate for students in accordance with state standards.” Republicans supported the bill as a way to require appropriate instruction. Democrats contended that civil lawsuits allowed under the law would effectively ban discussions of LGBTQ issues at any grade level.