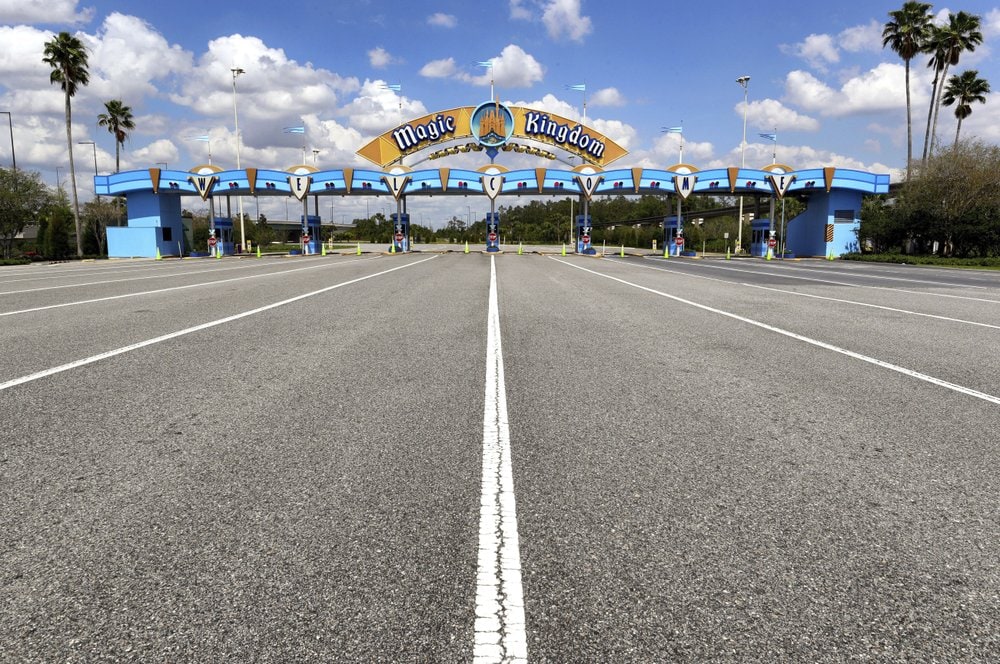 Democrats charged the bill represents everything from bullying of a corporation to extortion.

Offering little defense to Democrats’ insistence that the measure is nothing but political punishment of a corporation that crossed the Governor, Senate Republicans Wednesday approved a Special Session bill that would dissolve the special government created 55 years ago to serve Walt Disney World.

That gave final Senate approval to Republican Rep. Jennifer Bradley’s bill (SB 4-C) to sunset six special districts that have existed since before the Florida Constitution was approved in 1968, and which have not been revisited by the Legislature since.

The big mouse in the bill’s trap is the Reedy Creek Improvement District, which provides government services to the 25,000 acres of Orange and Osceola counties that constitute Walt Disney World.

The action came swiftly, only a day after the bill was introduced. It came a few weeks after the California-based Walt Disney Company dared to cross Gov. Ron DeSantis and criticize the controversial parental rights bill (HB 1557). Republicans pushed that measure through during the regular Session. DeSantis signed it as Democrats and other opponents labeled it the “Don’t Say Gay” bill.

If the House follows suit with SB 4-C or its own Special Session bill (HB 3C) Thursday, as expected, and DeSantis signs a final product, as expected, Reedy Creek and the other five special districts all go away on June 1, 2023. That’s unless the Legislature reconstitutes them in the 2023 Legislative Session next year.

Wednesday’s Senate Session floor debate was almost entirely from Democrats, who charged the bill represents everything from bullying of a corporation, to extortion — from political revenge, to political theater — all in the culture wars they say DeSantis and Republicans are pursuing.

Democratic Sen. Jason Pizzo of Miami even offered to absolve Bradley for sponsoring the bill, calling the measure “penance that Sen. Bradley has to pay because she voted no on ‘Don’t Say Gay.'”

Bradley didn’t refute or directly address that assertion in her closing.

“Today we put in place a process for the Legislature to exercise those very appropriate oversight functions. It’s a process that’s been swift, but it’s a bill that’s been incredibly important and that I’m proud to sponsor,” Bradley said. “We have a year. We have local governments who will be involved. And I assure you we will have a Legislature that is involved to make sure the parade of horribles that has been described does not happen.”

The measure the Democrats contend led to SB 4-C, the parental rights bill, bans classroom “instruction on sexual orientation or gender identity” for students in kindergarten through third grade, or “in a manner that is not age-appropriate or developmentally appropriate for students in accordance with state standards.” Republicans supported the bill as a way to require appropriate instruction. Democrats contended that civil lawsuit triggers effectively ban discussions of LGBTQ issues at any grade level.

After Disney called for the law’s repeal, Republicans began floating the measures to do away with Disney’s government district.

Supporters of the measure argued that Reedy Creek and the other districts — development authorities in Bradford and Hamilton counties, a water and sewer district in Franklin County, a water control district in Broward County, and a law library district in Marion County — have a full year to pursue a bill to reinstate themselves. And those reinstatement bills likely would make for better governments, they argued.

Democratic Sen. Loranne Ausley of Quincy wondered what those districts would have to do to overcome the political ire that led to their death sentences to begin with.

“With the case of the Reedy Creek Improvement District, we know what that will entail. This is kind of like parents putting their kids on restrictions. Clean up your act, apologize, say you’re sorry, and agree to change your behavior, and maybe you’ll get your phone back, or your other privileges,” Ausley said.

“We’re adding insult to injury by voting on something today that was proposed yesterday, going after a private business that literally made our state what it is, all because they’ve taken a position that the Governor disagrees with. Oh, by the way, we’re going to take out five smaller districts just to make it look good,” Ausley added.

Sen. Victor Torres of Orlando pointed to the potential ramifications for the 400 or so firefighters and emergency medical personnel of Reedy Creek, the other employees, the thousands of contract workers, and the nearly $1 billion in bond debts the district has, which might have to be transferred to two tiny municipalities or to Orange and Osceola counties, which he represents.

“No one discussed these changes and the financial responsibilities the counties would have to assume,” Torres said.

nextTallahassee’s Trumpism … from the left