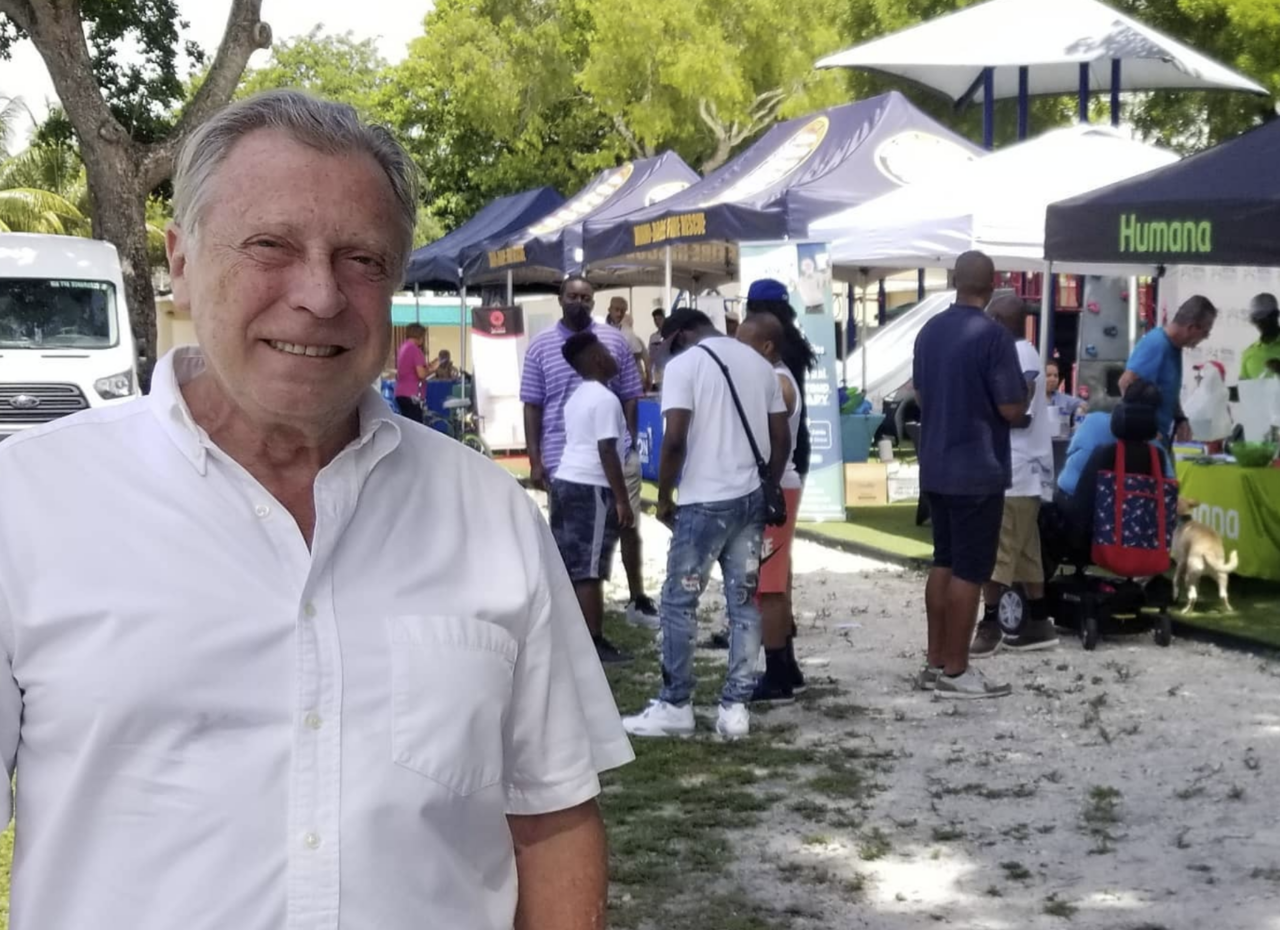 Althabe, president of the Biscayne Neighbors Association, still places third overall in total funds raised so far. He launched his campaign in February with maxed-out $1,000 donations to his campaign account from several sources with identical addresses — a common workaround donors use to give in excess of what state law would otherwise prohibit.

Some of the companies that donated to him in February do business with the Quantum on the Bay Master Association, of which Althabe is president.

Among the nearly 40 people who gave him checks ranging from $10 to $1,000: LSN Law partner Adele Valencia, a former director of code compliance for the city of Miami and legislative aide to Miami-Dade County Mayor Daniella Levine Cava during her tenure as County Commissioner.

Most of that went to consulting. He paid $3,400 to Miami-based firm Codorniz Inc. for “campaign consulting” and “reimbursement for miscellaneous campaign expenses,” $1,100 to Pompano Beach-based consultant Marilyn Martino for “field consulting” and $180 to Claudia Sebatiani of Miami for “data consulting.”

The remainder went to campaign costs, including materials, event entertainment, apparel and a campaign telephone.

Fuhrman listed his profession as “not employed” on D’Amico’s donations ledger. He’s the former Chairman and CEO of Miami-based juice company Lakewood Organic, whose website still lists him as leading the business.

Almost all of D’Amico’s spending last month paid for “research” by Shield Research, based in St. Louis, Missouri.

All of the $3,970 Byrdsong accepted last month came from his own bank account.

According to his campaign website, Byrdsong worked in the Washington metropolitan area as an event promoter and waiter before relocating to Miami Beach, where he works while pursuing an online political science degree from North Virginia Community College.

His LinkedIn page lists him as the founder of Byrd Enterprise, a Washington limited liability company. An inactive Orlando-based LLC called Byrd Digital is registered and cross-referenced with Byrd Enterprise on the Florida Division of Corporations under the name Demarcus Antonio Byrdsong.

He describes himself on his Twitter page as a First Amendment defender, NRA member and “Navy baby.”

As of March 31, Byrdsong had about $2, according to his campaign. He was fined $50 on March 25 for filing his campaign fundraising report late.

Most of his spending last month was for general upkeep. He paid $2,600 for “office space/storage” and another $35 for “web hosting.”

Republican Alberto Perosch continued to lead the field in campaign war chest holdings with about $157,500 in pocket through March 31. That’s largely thanks to a $150,000 self-loan from February.

A member of the Venezuelan American Republican Alliance and a recently registered voter,  Perosch is a past president of several now-inactive Florida-based companies.

Although he’s new as a candidate, Perosch — a pro-capitalism, anti-socialism political aspirant who has referred to U.S. Rep. Alexandria Ocasio-Cortez of New York as “the reincarnation of (Hugo) Chávez made woman” — boasts formidable local ties within his party.

He has rubbed elbows with Florida GOP bigwigs like Gov. Ron DeSantis, Lt. Gov. Jeanette Nuñez, Sen. Manny Díaz Jr. and Rep. Alex Rizo. They and others stood behind and cheered Perosch on last year during a press conference highlighting DeSantis’ signing of a bill penalizing “Big Tech” for alleged conservative censorship.

Four people donated to Perosch last month. Two checks came in for $10. A third was for $200. His largest donation, a $1,000 check, came from Claudio Nieto, a Miami area real estate broker whose activity on Twitter is almost exclusively dedicated to pro-Donald Trump messaging.

Perosch spent $640 in March. Of that, $500 went to Coral Gables-based accounting firm Fiore CPA and $100 went to a checks order from City National Bank.

Post-redistricting, HD 113 covers a central portion of Miami-Dade, including the municipalities of Coral Gables, Key Biscayne and Miami.

Editor’s note: This story was corrected to say Scott Fuhrman is no longer president and CEO of Lakewood Organic and to reflect information from Antonio Byrdsong’s campaign regarding the balance of his campaign account.

previousBlake Dowling: Give me Twitter, or give me death!