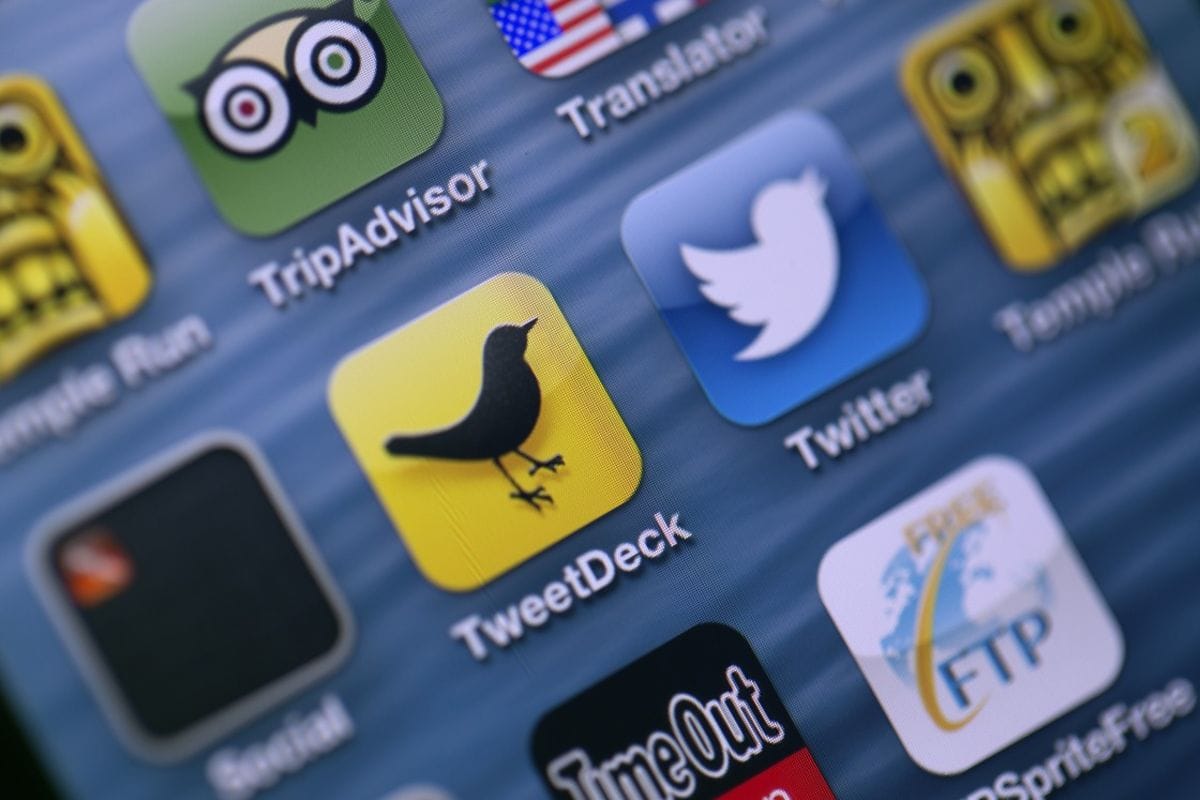 Everyone has a bone to pick — and they are most certainly Tweeting about it.

Twitter has been a mainstay in the news ever since its launch on March 21, 2006.

The latest big news is with Elon Musk wanting to buy the company; it’s maybe even a bigger story than when Twitter blocked the President of the United States from using its platform.

Twitter is a headline magnet. But not all the press is good.

A lot of the smaller headlines have been about censorship. Living in a free country, with censorship, everyone — all parties and sides — gets outraged.

That’s clear as mud (as the saying goes).

Speaking of conclusions, I have never been one to rant on social media. It just seems tacky to argue online with someone you (most likely) don’t even know. I think we all can agree a hostile post has swayed exactly zero political (or sports, movies, etc.) opinions.

Therefore, no rant by me was involved in invoking the “social censors,” but something weird happened last weekend.

There’s an online news platform in Florida called Miami Standard. I’m familiar with them, as they often post my columns after other outlets originally publish them.

Twitter censored two pieces, they said. So, I went to find them.

Now, I don’t see why saying “boo Twitter” on Instagram (or Twitter) would violate online rules, but there it was. I saw it with my own eyes.

I tried again, just writing “boo” — and it posted.

What else have we seen in the Twitterverse regarding alleged censoring? Twitter blocked the New York Post (fun fact, Alexander Hamilton founded it in 1801) from using its account for 16 days in 2021, after referencing “hacked materials” in stories on Hunter Biden.

Certain political figures (and most of the media) were outraged that the media could be censored, and not just people like you, me, or the President.

But the whole freedom-of-press thing was in jeopardy.

Regardless of the publication, or which way it may (or may not) lean, we protect the media’s turf, right?

There is an act called Communications Decency; part of it (Section 230) gives internet companies the ability to do what they wish on their platforms, not holding them legally accountable for users’ actions.

So there you have it.

It’s not just banning the New York Post and the former President — temporarily or permanently. How many other people have gotten the boot by Twitter? In the first half of 2022, Wired estimates 925,000 accounts were suspended (temporarily, not forever).

As far as forever bans go, here are some celebs who were banned.

Courtney Love? I assume she is on the list for not having a remotely interesting song out since 1998’s Hole album, Celebrity Skin.

Remember the Occupy Movement? Twitter went on a banning frenzy back then, too, which had protesters fuming.

Last year, there were more political feuds with Twitter, as certain parties alleged it was using a new rule about sharing photos to target those involved in various activities — like protests.

We also remember Florida’s Governor acted against all social media giants last year to protect politicians from removal from social platforms just before an election, among other things.

In an MSNBC piece, former White House correspondent, journalist, Harvard graduate and Professor Marc Ambinder had this to say about the platform; the “unpleasant diversion from the pursuit of knowledge” language really jumps off the page.

I see his thoughts as a discussion of value versus noise, and he has a very thought-provoking perspective:

“Twitter is still useful for me, and I will never leave it entirely. But it has become an unpleasant diversion from contemplation and from the pursuit of knowledge and even from the satiation of curiosity. And that relentless engagement is a feature of the platform. I am convinced that the proliferation and prominence of right-wing trolls, and of some illiberal left-wing authoritarians, wouldn’t be able to exist without an audience that was being nudged by Twitter itself into hating on them. I choose not to participate.”

If you want to take a deep dive into the evolution of social media and its place in causing divisions in our society, your homework is to read this piece recently shared on Facebook by my friend Skip Foster (former president of the Tallahassee Democrat — which I wrote many columns for; he’s now president of Hammerhead Communications).

It starts with the book of Genesis, going all the way to the present online bad behavior.

In fact, after reading, I hypothesize that wherever I share this column, it will be met with multiple spewing comments of anger for mentioning the former President.

The same goes for alluding to Occupy, quoting MSNBC, or anything that might trigger folks.

Place your bets, ladies and gents!

As far as Musk’s attempted Twitter buyout, I don’t see that happening.

Allegedly, Twitter and its Board of Directors would rather “poison” and dilute the company’s value before selling.

This article details the Board’s move to give existing shareholders the right to right to purchase shares at a discount with the goal of lowering the company’s value.

What makes it interesting is one single point — the Board’s responsibility is to shareholders, is it not?

Social media platforms have a massive gig: Keeping predators, perverts, hate mongers, terrorists, etc., all in check. LinkedIn manages to keep itself out of the headlines most weeks and does a good job.

This week, the crew at Saturday Night Live is all over the story in their Weekend Update segment, ripping on Twitter, and, well, everyone. That is what they do.

All told, Twitter pulled off a trifecta, just like Will Smith and Disney, by managing to irritate everybody. Right, left, sideways, at a bar or in church, everyone has a bone to pick — and they are most certainly tweeting about it.

Blake Dowling is CEO of Aegis Business Technologies. He also hosts the Biz & Tech podcast and published “Professionally Distanced” last year. You can reach him at [email protected].