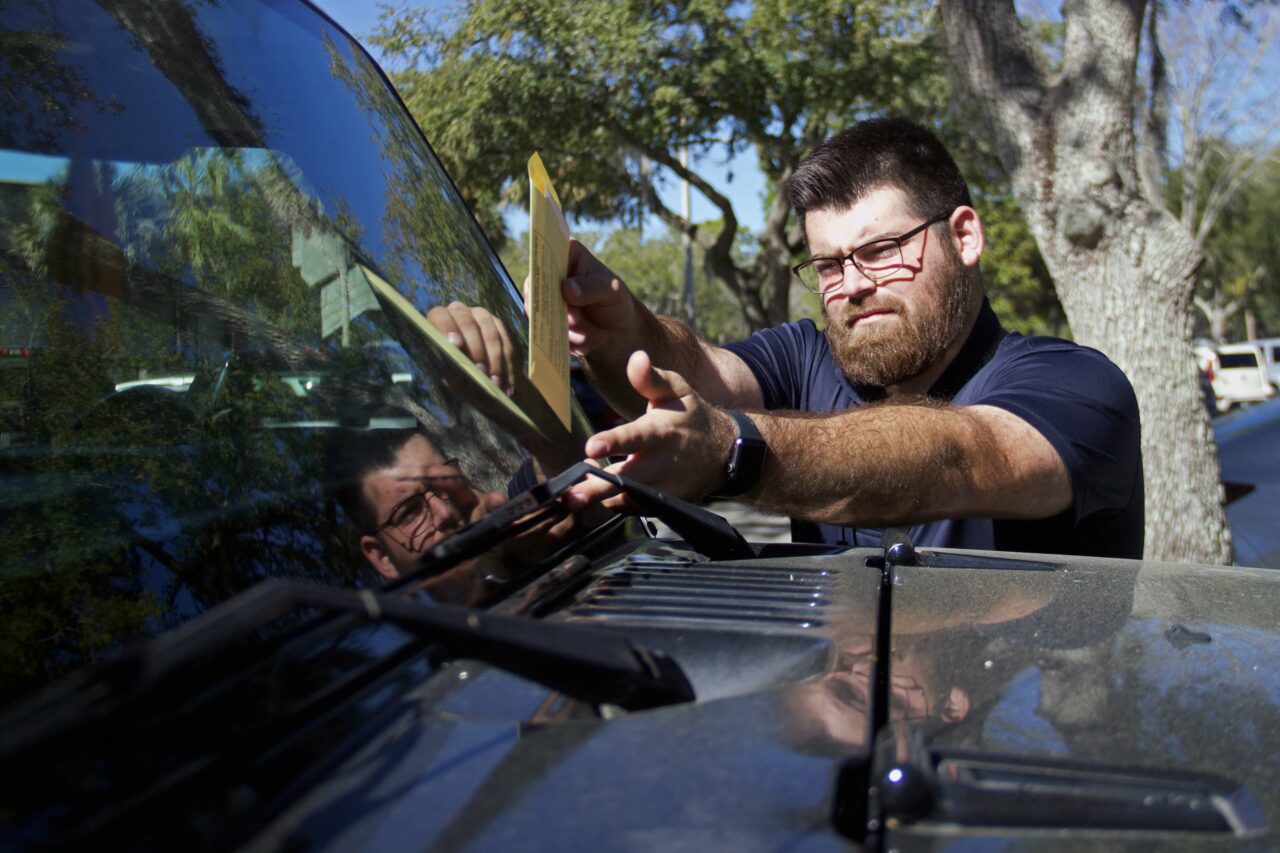 'We’re at the stadium 24/7,' Gators wide receiver Daniel Cross said. 'We need to be able to park somewhere.'

The University of Florida football team found an opponent it couldn’t block: Campus parking enforcers have issued hundreds of tickets to players parked illegally around the stadium during mandatory practices.

On the sprawling campus of 2,000 acres at the state’s flagship university — where finding parking can be a daily challenge for students, faculty and employees — Florida’s new coach, Billy Napier, found a solution: premium parking for his players in a convenient lot and forgiving fines for up to 10 tickets each.

The university athletic association, responsible for all Florida Gators intercollegiate sports, leased the parking lot for football players starting this semester for nearly $12,000 for the first year. It’s a grass lot just north of the stadium and a short walk to the team’s indoor facility and practice fields.

Students who aren’t athletes and live on campus pay up to $160 per year for a campus parking decal, and most faculty and staff pay $420 per year for one. Those decals don’t guarantee a parking spot, just the opportunity to hunt for empty spaces in lots that can be one mile away from the heart of campus.

Many full-scholarship football players live in private apartment complexes off campus, meaning they are eligible to buy decals only for the school’s park-and-ride lots along the edge of campus that are served by local transit buses. The nearest such lot is almost two miles from the football stadium.

To use the new lot, players must pay $160 for a decal. It’s not available for use by students who aren’t players, said Scott McLain, the school’s director of football operations.

On-campus fines can run up to $260 for parking in a disabled spot but usually run $35 each time drivers are caught parked illegally in a spot they hadn’t paid to use. UF issued parking fines of nearly $4.7 million between 2019 and last year.

Providing premium on-campus parking for football players — a perk not available to other students — appears to be permitted under NCAA rules. Some schools use money for parking from an NCAA-approved student assistance fund, intended to help athletes cover unexpected school expenses.

Tracking the numbers of parking tickets and fines the university issued to its own football players required comparing records of more than 134,000 parking tickets issued since January 2019 against players’ license plate numbers, which were included in circuit court records across Florida when they were caught speeding or committing other moving violations.

The players’ parking problems peaked last year when Gators cornerback Jaydon Hill, 21, of Huntsville, Alabama, racked up 101 parking tickets with fines totaling $5,640 between 2019 and the end of last year, according to university data. Hill was ticketed more often, for more fines, than anyone else on campus.

Hill was frequently ticketed around the stadium on consecutive days, sometimes four or five times per week.

Hill, a redshirt sophomore who missed last season with a knee injury, pleaded guilty last summer to felony fraud and theft charges for stealing a credit card police said he used to pay for nearly $1,700 of his own parking tickets, $20 worth of fast food and $30 in gas for his Chevrolet Camaro. Under a deferred prosecution agreement, the charges will be dismissed if Hill commits no further crimes through July.

When police arrested Hill in his fraud case, he had a UF parking ticket on his car’s windshield, according to police video from that day.

Even after Hill pleaded guilty in the case, he continued parking illegally for four more months, the ticket data showed. He added 11 tickets with fines of $1,030 — including three $260 tickets for parking in a spot designated for a disabled driver and another $35 ticket the morning after he signed his prosecution agreement for parking without a decal.

Hill did not respond to phone calls, emails or texts to discuss his case.

Other players also ran up lots of tickets. Florida’s former starting quarterback, Emory Jones, 21, received 75 tickets with fines of $2,980 — including four tickets early last year that cost him $100 each — between September 2020 and Nov. 30, parking records showed. He received the fourth-most tickets among anyone on campus during the period. Jones has decided to enter the transfer portal to play for another team.

Running back Malik Davis, 23, of Tampa, a redshirt senior who played his final season last fall, was ticketed 54 times between March 2019 and December 2021 for $2,365 in fines, including once for parking in a space for a disabled driver near the stadium’s south end zone, parking data showed.

Gators safety Donovan McMillon, a sophomore from McMurray, Pennsylvania, posted a now-deleted video on TikTok showing himself throwing a parking ticket in frustration atop a pile of tickets on the hood of his car last year.

The caption read: “When you get your 40th ticket of the semester and have to figure out how to find $2000+.”

McMillon’s car was ticketed 41 times with total fines of $1,480 between May and November, parking data showed. His license was briefly suspended earlier this year for failure to pay a ticket for speeding 91 mph in a 65 mph zone in December, court records showed.

Napier, who was hired in November, secured use of the parking lot for players earlier this semester and arranged for up to 10 tickets for each player to be waived, Cross said.

Team officials did not respond to emails or phone messages over four months to discuss the parking problems or Napier’s solution for his players. The university has not produced a copy of the $12,000 lease agreement more than one month after a request for it under Florida’s public records law.

A university spokesman said UF also waived some tickets for other students. The school said ticket waivers were offered to any students, not just football players, with at least 10 tickets, as part of the school’s efforts to help students cope with the pandemic. The university waived 761 tickets worth more than $41,000 in fines. It did not say how many of the 761 forgiven tickets had been issued to football players.

Alexander Lugo reporting; produced by Fresh Take Florida, a news service of the University of Florida College of Journalism and Communications. The reporter can be reached at [email protected].