White House: Get new booster by Halloween for safer holidays

U.S. experts discuss COVID boosters for the fall and beyond 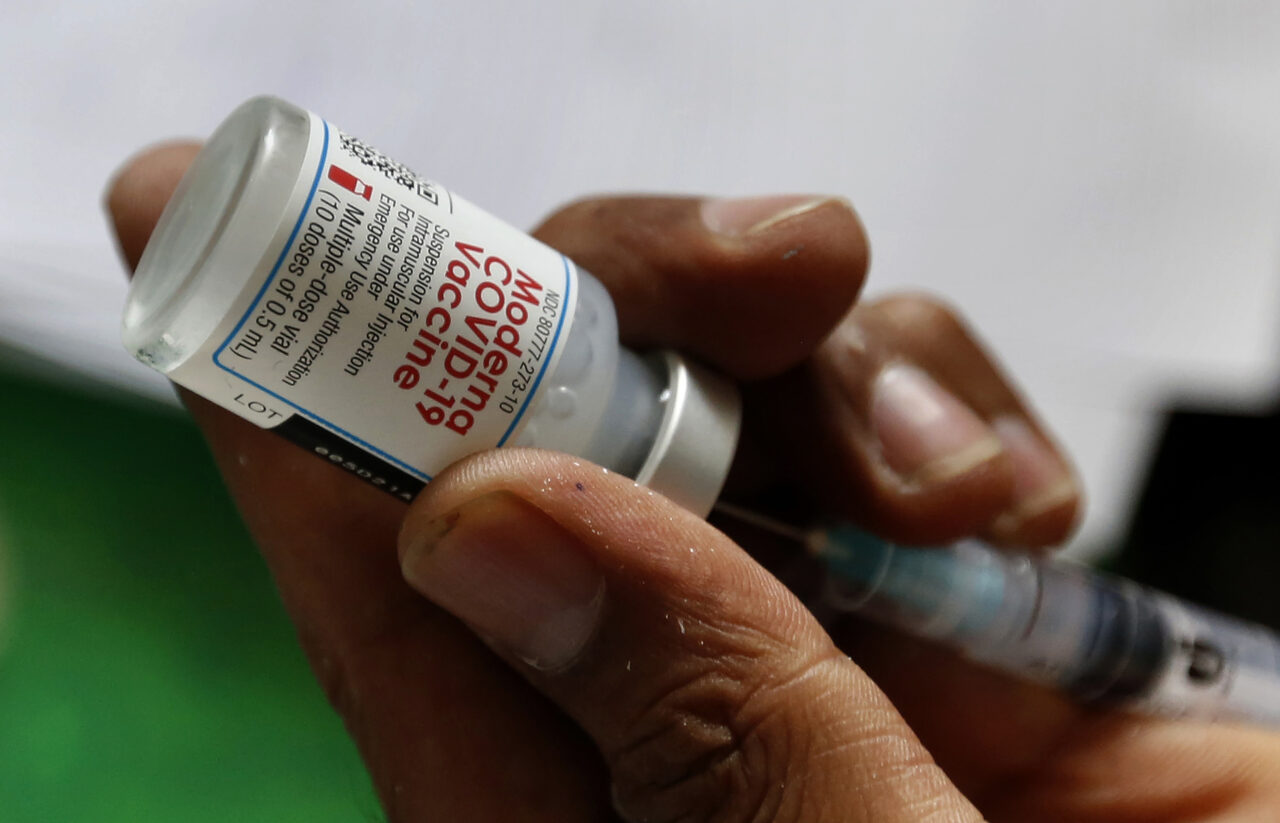 Yet it’s not clear how many parents intend to vaccinate the youngest kids.

Moderna on Thursday asked U.S. regulators to authorize low doses of its COVID-19 vaccine for children younger than 6, a long-awaited move toward potentially opening shots for millions of tots by summer.

Frustrated families are waiting impatiently for a chance to protect the nation’s littlest kids as all around them people shed masks and other public health precautions — even though highly contagious coronavirus mutants continue to spread.

Moderna submitted data to the Food and Drug Administration that it hopes will prove two low-dose shots can protect babies, toddlers and preschoolers — albeit not as effectively during the omicron surge as earlier in the pandemic.

“There is an important unmet medical need here with these youngest kids,” Dr. Paul Burton, Moderna’s chief medical officer, told The Associated Press. Two kid-size shots “will safely protect them. I think it is likely that over time they will need additional doses. But we’re working on that.”

Moderna’s vaccine isn’t the only one in the race. Pfizer is soon expected to announce if three of its even smaller-dose shots work for the littlest kids, months after the disappointing discovery that two doses weren’t quite strong enough.

Whether it’s one company’s shots or both, FDA vaccine chief Dr. Peter Marks said the agency will “move quickly without sacrificing our standards” in deciding if tot-sized doses are safe and effective.

While questions are swirling about what’s taking so long, Marks pointedly told lawmakers earlier this week that the FDA can’t evaluate a product until a manufacturer completes its application. In a statement Thursday, the FDA said Moderna still must submit some additional data to complete its request, but that the agency will schedule a meeting to publicly debate the evidence with its scientific advisers.

“It’s critically important that we have the proper evaluation so that parents will have trust in any vaccines that we authorize,” Marks told a Senate committee.

If FDA clears vaccinations for the littlest, next the Centers for Disease Control and Prevention would have to recommend who needs them — all tots or just those at higher risk from COVID-19.

Many parents are desperate for whichever vaccine gets to the scientific finish line first.

“We’ve been kind of left behind as everybody else moves on,” said Meagan Dunphy-Daly, a Duke University marine biologist whose 6-year-old daughter is vaccinated — but whose 3-year-old and 18-month-old sons are part of Pfizer’s trial.

The family continues to mask and take other precautions until it’s clear if the boys got real vaccine or dummy shots. If it turns out they weren’t protected in the Pfizer study and Moderna’s shots are cleared first, Dunphy-Daly said she’d seek them for her sons.

“I will feel such a sense of relief when I know my boys are vaccinated and that the risk of them getting a serious infection is so low,” she said.

Some parents even have urged the government to let families choose shots before all the evidence is in.

“This strain of COVID feels almost impossible to dodge,” Dana Walker, a mother of an 8-month-old, tearfully told a CDC meeting last week. “Cut red tape and allow parents to protect their kids.”

The FDA will face some complex questions.

In a study of kids ages 6 months through 5 years, two Moderna shots — each a quarter of the regular dose — triggered high levels of virus-fighting antibodies, the same amount proven to protect young adults, Burton said. There were no serious side effects, and the shots triggered fewer fevers than other routine vaccinations.

But the vaccine proved between about 40% and 50% effective at preventing symptomatic COVID-19 during the trial. Burton blamed the omicron variant’s ability to partially evade vaccine immunity, noting that unboosted adults showed similarly less effectiveness against milder omicron infections. While no children became severely ill during the study, he said high antibody levels are a proxy for protection against more serious illness — and the company will test a child booster dose.

Another issue: So far in the U.S., Moderna’s vaccine is restricted to adults. Other countries have expanded the shot to kids as young as 6. But months ago the FDA cited concern about a rare side effect, heart inflammation, in teen boys, and it hasn’t ruled on Moderna’s earlier pediatric applications.

Burton said the FDA may consider its vaccine for children of all ages — but also might open it first to the youngest kids who have no other option. He said safety data from millions of older children given Moderna vaccinations abroad should help reassure parents.

While COVID-19 generally isn’t as dangerous in youngsters as adults, some do become severely ill or even die. About 475 children younger than 5 have died from COVID-19 since the pandemic’s start, according to the CDC, and child hospitalizations soared at omicron’s peak.

Yet it’s not clear how many parents intend to vaccinate the youngest kids. Less than a third of children ages 5 to 11 have had two vaccinations, and 58% of those ages 12 to 17.

next16 states that want to electrify USPS fleet file lawsuits