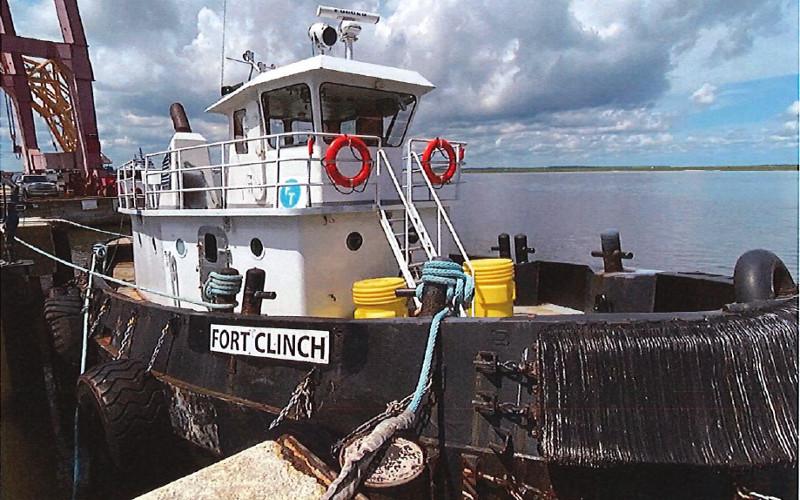 Commissioners will take up the matter at the next meeting.

A letter from the attorney for the Port of Fernandina Ocean Highway and Port Authority (OHPA) to Nassau Terminals and CEO Chris Ragucci went out in the first week of November 2021 alerting Nassau Terminals that it was in breach of its operating agreement with the Port on a number of issues.

One of those issues, long unresolved, is what exactly is going on with the Port’s tugboat, the Fort Clinch — how much money Nassau Terminals is charging and receiving for customer use of the tug.

The answers may or may not now be in the hands of OHPA attorney Patrick Krechowski.

“The document request that was submitted to Nassau Terminals — I got a response at about 4:50 this afternoon from their attorneys, so I’ll be able to do that and we can talk about that (at the next meeting),” Krechowski said.

The OHPA meeting Wednesday began at 6 p.m., which gave Krechowski little time to properly look through the document before advising OHPA Commissioners.

OHPA sent another letter to Ragucci on March 21. It included OHPA’s demand for “any and all information and documentation demonstrating revenue collected by Nassau Terminals, LLC,” related to the tugboat operation for 2020, 2021 and 2022.

“I just wanted to say, and obviously Patrick will tell us, but we tried to be fully transparent and comply completely with the request,” Ragucci said, “both in time and in substance of what was asked.”

Krechowski responded that he did notice the documents totaled more than 200 pages.

Ragucci, who’s known for foot-dragging and stonewalling on records requests, initially said the reason he couldn’t turn over a lot of what OHPA wanted was because of privacy concerns. Recently, he said lack of compliance was partly due to the way OHPA did it and partly due to his attorneys’ fault.

“Since (the OHPA request) was a formal public records request, we had to pass it through our legal counsel,” Ragucci said at the Authority’s meeting April 12.

The issue was the scope of OHPA’s request, he said.

“We tried to have it by tonight, but then when the attorneys got into it, they felt the language was a little bit broad,” Ragucci said at the time, “and I think they’re going to ask to talk to Patrick about narrowing the scope to make sure that we fully comply.”

Commissioners will take up the matter at the next meeting, OHPA Chairman Danny Fullwood said.

nextGov. DeSantis declares war on what he deems Joe Biden's 'Ministry of Truth'