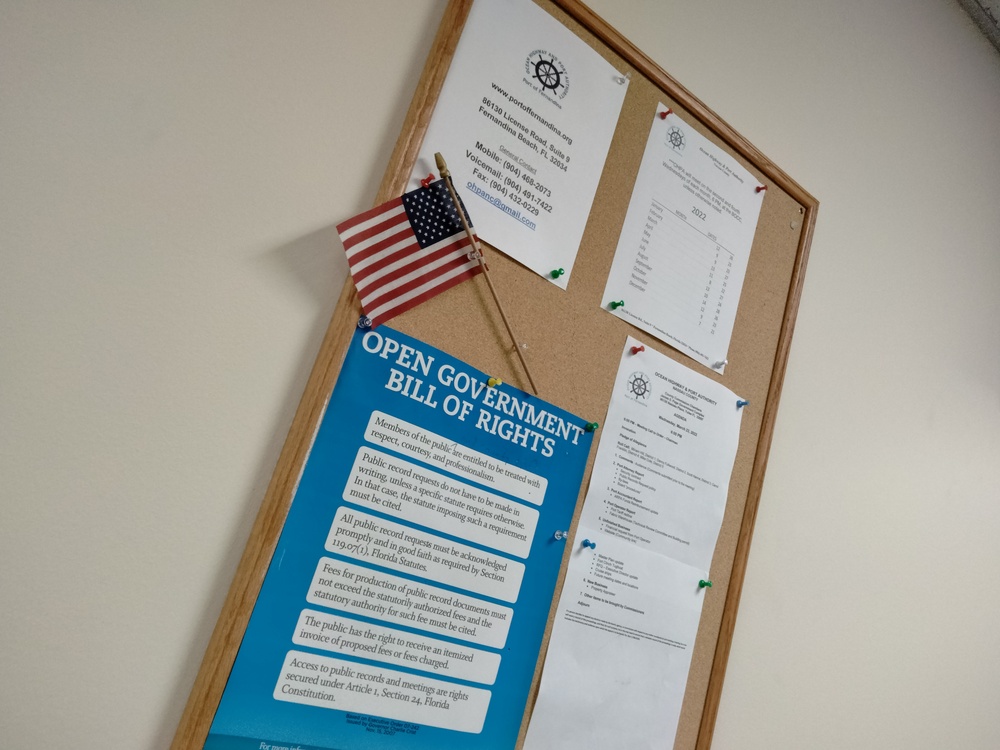 The Port of Fernandina’s Ocean Highway and Port Authority (OHPA) is still waiting for revenue documents from its own port operator, Nassau Terminals, and its CEO, Chris Ragucci.

Ragucci has a lengthy, documented history of foot-dragging and stonewalling when it comes to turning over records to anyone, and dealings with the OHPA are no exception.

“The two letters that were sent to Chris and Nassau Terminals on March 21 (are) asking for the revenue for the cruise ships and tugboat,” said Patrick Krechowski, attorney for the Authority. “(OHPA) requested an April 8 deadline so we could discuss it at this meeting. To my knowledge, nothing’s come in — I didn’t send the letters, so they wouldn’t have been responding directly to me, but I haven’t seen anything.”

The Ocean Voyager cruise ship generated $20,327 in fees and expenses across October and November of 2021 and February of this year at the Port, according to records obtained in March by the News-Leader newspaper.

“Since (the OHPA request) was a formal public records request, we had to pass it through our legal counsel,” Ragucci said at the Authority’s meeting Wednesday night.

He asked if his attorneys sent a letter to the Authority, and Krechowski repeated that he’d yet to receive anything from Nassau Terminals.

“We’re vetting the exact requirements of what needs to be produced,” Ragucci said. “It’s fairly broad, but we will comply timely and fully. We’re just waiting to see — they may be reaching out to Patrick to try to narrow the scope of exactly what are the type of documents that need (to be provided).

“It’s not too complicated, so we’ll have something very soon, I’m sure.”

He suggested his lawyers could have the documents to the Authority within a couple weeks, or at least before the next meeting.

“As I understand it, when it becomes a public record request, there’s not an actual deadline — it’s within a reasonable time,” Ragucci said. “We tried to have it by tonight, but then when the attorneys got into it, they felt the language was a little bit broad, and I think they’re going to ask to talk to Patrick about narrowing the scope to make sure that we fully comply.”

OHPA Chairman Danny Fullwood asked Ragucci to tell his attorneys to pick up the pace, and Ragucci said he would.