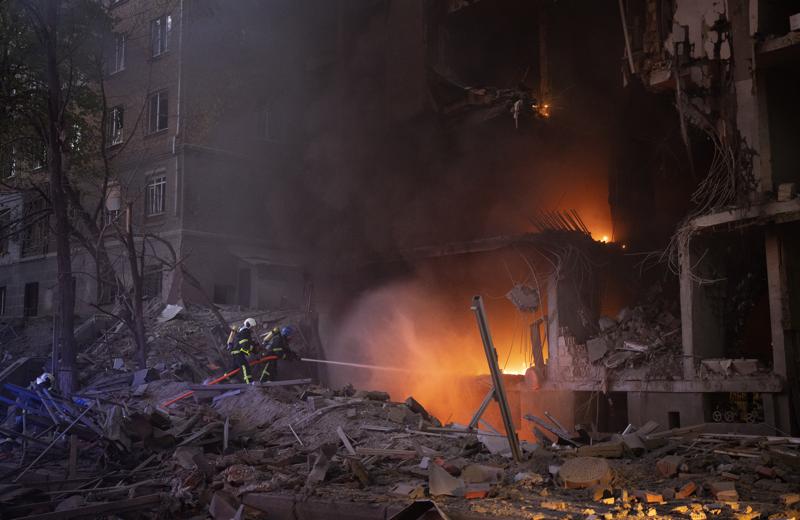 The State Department said it was aware of the reports and is 'closely monitoring the situation.'

A former U.S. Marine was killed alongside Ukrainian forces in the war with Russia, his relatives told news outlets in what’s the first known death of an American citizen fighting in Ukraine.

Rebecca Cabrera told CNN her 22-year-old son, Willy Joseph Cancel, was killed Monday while working for a military contracting company that sent him to Ukraine. Cancel had recently worked as a corrections officer in Tennessee and had previously served in the Marines from 2017-21.

Cabrera said her son had signed up to work with the private military contractor shortly before fighting began in Ukraine on Feb. 24. She told CNN he agreed to go to Ukraine.

“He wanted to go over because he believed in what Ukraine was fighting for, and he wanted to be a part of it to contain it there so it didn’t come here, and that maybe our American soldiers wouldn’t have to be involved in it,” she said.

Cabrera said her son’s body has not been found.

“They haven’t found his body,” she said. “They are trying, the men that were with him, but it was either grab his body or get killed, but we would love for him to come back to us.”

She said her son flew to Poland on March 12 and entered Ukraine shortly after. She said he was fighting alongside men from a number of countries.

Cancel worked at a private prison in Tennessee from May 2021 until January, said Matthew Davio, a spokesman for the private prison company CoreCivic. The Trousdale Turner Correctional Center, a medium security facility, is about an hour northeast of Nashville.

“As a correctional officer, Mr. Cancel served his state and his community by helping maintain a safe, secure environment where inmates can participate in life-changing reentry programs. We are grateful for his service and saddened by his loss,” Davio said in a statement.

While in the Marines, Cancel served as a rifleman and was stationed at Camp Lejeune, North Carolina. He was given a bad conduct discharge after he was convicted of violating a lawful general order, Marine Corps spokesperson Maj. Jim Stenger said.

He had no war zone deployments, Stenger said. No other details on the bad conduct conviction were provided.

The U.S. has not confirmed the reports of Cancel’s death. On Friday, the State Department said it was aware of the reports and is “closely monitoring the situation” but could not comment further “due to privacy considerations.”

Cancel’s widow, Brittany Cancel, told Fox News he leaves behind a young son and that she sees her husband as a hero.

“My husband did die in Ukraine,” Brittany Cancel said. “He went there wanting to help people, he had always felt that that was his main mission in life.”

She said her husband volunteered to go to Ukraine but also had aspirations of becoming a police officer or firefighter.

“He had dreams and aspirations of being a police officer or joining FDNY,” she told Fox. “Naturally when he found out about what was happening in Ukraine, he was eager to volunteer.”

Tens of thousands of Ukrainians are believed to have died in the war. Other noncombatants from the U.S. have been killed, including a documentary filmmaker killed when his vehicle came under fire at a checkpoint and a man killed while he was waiting in a bread line.