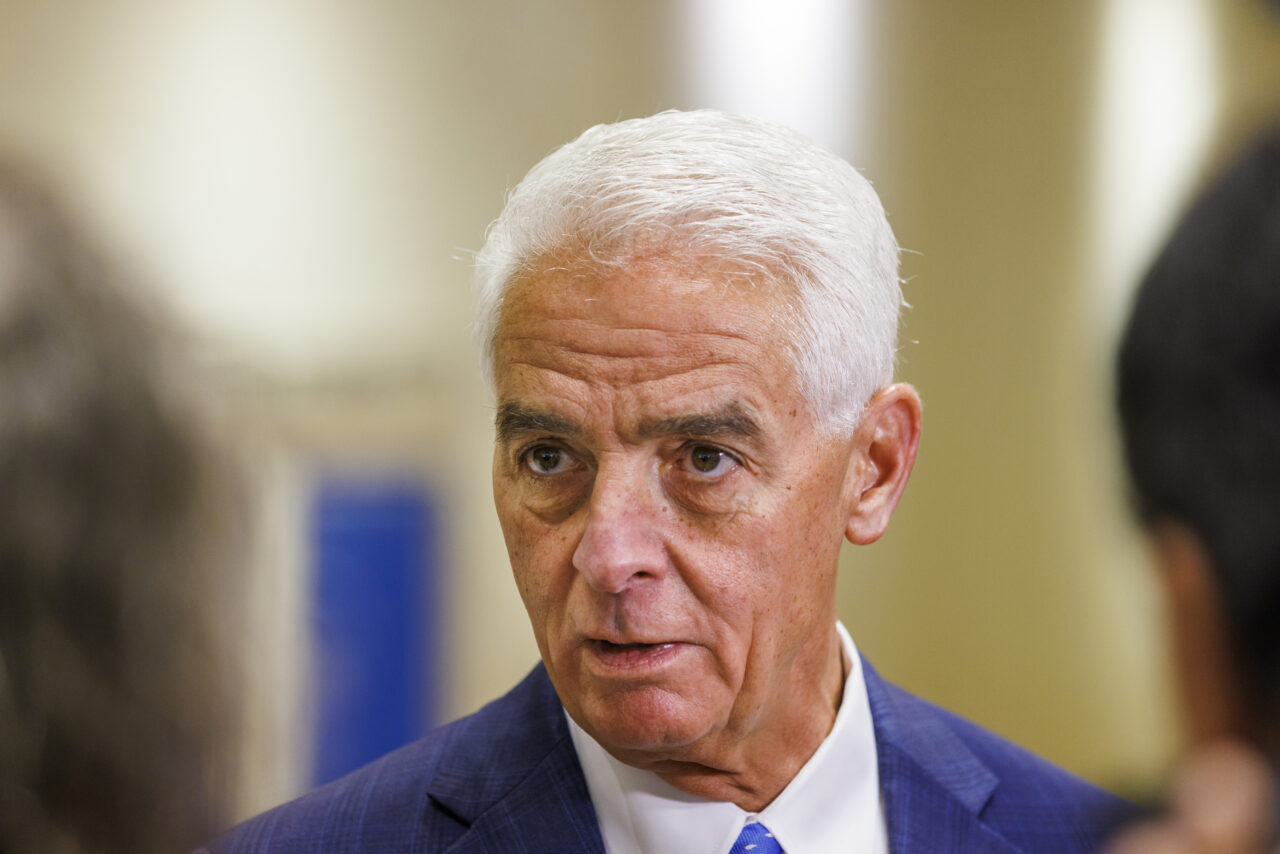 If Roe v. Wade is overturned, Crist said it's even more urgent to beat Ron DeSantis.

U.S. Rep. Charlie Crist both sounded warnings on abortion rights and defended his record on choice.

“This is a gut-wrenching day for women and reproductive freedom in our country,” Crist said Tuesday.

The Democratic candidate for Governor (and former Republican Governor) issued a lengthy response after the leak of a draft Supreme Court opinion signaling the likely overturn of Roe v. Wade. First reported by POLITICO, the document could serve as the majority opinion in the Dobbs v. Jackson Women’s Health Organization challenging a Mississippi ban on abortions 15 weeks into a pregnancy.

The leaked draft, purportedly penned by Justice Samuel Alito, would leave the matter of regulating abortion to state Legislatures.

The news came weeks after Gov. Ron DeSantis signed a 15-week abortion ban in Florida. The law runs counter to Roe v. Wade but passed in anticipation of a more conservative Supreme Court revisiting precedent on the issue.

Crist right now is one of three Democrats vying for the nomination for Governor. In the August Primary, he must face two women, Agriculture Commissioner Nikki Fried and state Sen. Annette Taddeo, with the winner facing DeSantis in the fall.

But in the primary, Crist has faced criticism from opponents for his history as a Republican elected official. Last year, Fried took direct aim at Crist over unearthed robocalls where the then-Republican gubernatorial candidate took conservative positions. That included a call with Crist saying: “I’m pro-life, I oppose amnesty for illegal immigrants, I support traditional marriage, and I have never supported a new tax or big spending programs.”

But Crist on Tuesday defended his record on abortion.

As a Democratic member of Congress, Crist noted that he voted to codify Roe into federal law, which would statutorily preempt states enforcing abortion restrictions. The Senate has yet to take up the bill.

“Right now, Congress must take action to codify Roe v. Wade into law before reproductive rights are ripped away from millions,” Crist said. “As a member of the House of Representatives, I proudly joined my colleagues in voting to make Roe v. Wade law, but now it’s time for the Senate to act. The Senate must take this up immediately and, if need be, end the filibuster to ensure its passage. The time to fight on behalf of all women is now.”

But he also said his commitment to a woman’s right to choose traced back to when he served as a Republican.

“Early in my career, I was faced with the decision to protect a woman’s right to make decisions over her body. And I stood firmly alongside women — I stopped a bill in the state Senate that would require a 24-hour waiting period for those seeking an abortion,” he said.

He has discussed that before, referencing a 1995 vote taken as a member of a Florida Senate health care committee. His vote against the measure effectively killed the bill before it could be taken to the Senate floor. As Governor, he vetoed a bill in 2010 that would have required women to receive ultrasounds before terminating pregnancies.

“I believed back then, as I do now, that the government should have no place in telling a woman what she can and cannot do with her body,” Crist said. “That’s why as your Governor, I vetoed an anti-abortion bill. And I’ll do it again.”