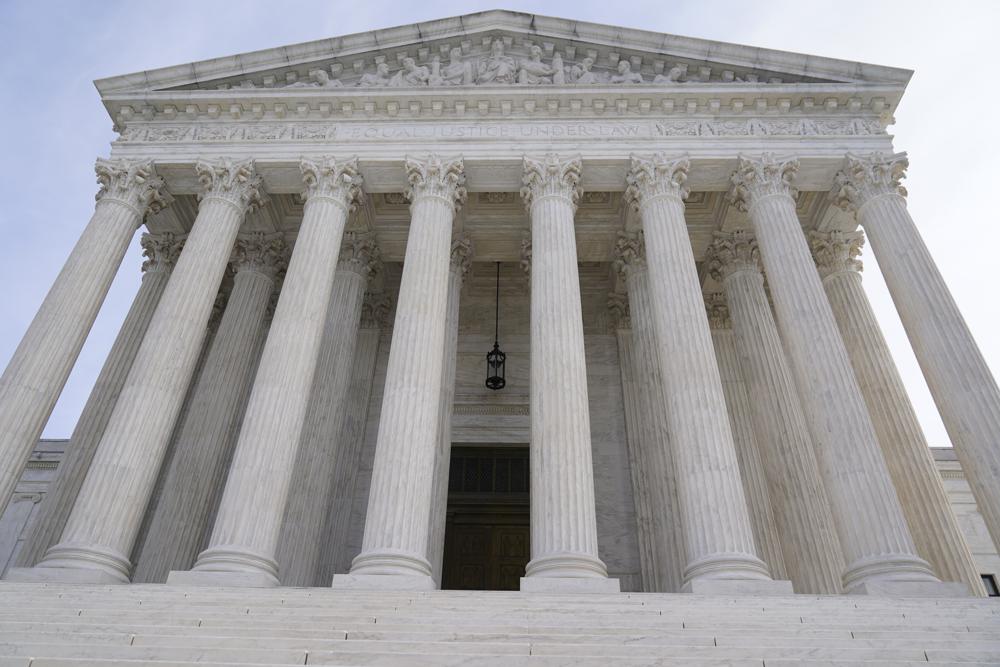 'Although the document described in yesterday's report is authentic, it does not represent a decision by the Court or the final position of any member...'

The Supreme Court has confirmed the authenticity of a draft majority opinion POLITICO published Monday in which Justice Samuel Alito wrote that Roe v. Wade, the benchmark decision protecting women’s reproductive rights, was “egregiously wrong” and “must be overruled.”

That leaked document, which sent shockwaves through America’s political landscape, is indeed real, according to a newly released statement from the court that included comments from Chief Justice John Roberts, who called its release “a betrayal of the confidences of the Court” that is now under investigation.

SCOTUSblog, which focuses on the Supreme Court, shared the statement online; its writers include lawyers, law professors and students.

“Yesterday, a news organization published a copy of a draft opinion in a pending case. Justices circulate draft opinions internally as a routine and essential part of the Court’s confidential deliberative work. Although the document described in yesterday’s report is authentic, it does not represent a decision by the Court or the final position of any member on the issues in the case,” the statement read.

JUST IN: The Supreme Court confirms the authenticity of the draft opinion revealed last night by Politico. The chief justice has ordered an investigation into the leak. pic.twitter.com/XZweHdyhCG

Roberts wrote: “To the extent this betrayal of the confidence of the Court was intended to undermine the integrity of our operations, it will not succeed. The work of the Court will not be affected in any way.

“We at the Court are blessed to have a workforce — permanent employees and law clerks alike — intensely loyal to the institution and dedicated rule of law. Court employees have an exemplary and important tradition of respecting the confidentiality of the judicial process and upholding the trust of the Court. This was a singular and egregious breach of that trust that is an affront to the Court and the community of public servants who work here.

“I have directed the Marshal of the Court to launch an investigation into the source of the leak.”

The now-confirmed leak will almost assuredly have a sizable impact on the 2022 midterm elections.

The court’s statement did not address POLITICO’s reporting that someone “familiar with the court’s deliberations” said four other Republican-appointed justices — Clarence Thomas, Neil Gorsuch, Brett Kavanaugh and Amy Coney Barrett — had voted with Alito to strike down the 1973 Roe v. Wade decision and a subsequent 1992 decision, Planned Parenthood v. Casey, that maintained abortion rights.

Justices Stephen Breyer, Sonia Sotomayor and Elena Kagan — all Democratic-appointed — are reportedly at work on one or more dissents. Roberts’ position on the matter, meanwhile, is yet unclear.

Alito’s draft opinion is the product of the court’s proceedings in Dobbs v. Jackson Women’s Health Organization, which centers on a Mississippi law banning abortions after 15 weeks of pregnancy.

That law and others like it, including nearly identical legislation Gov. Ron DeSantis signed April 14, are direct threats to Roe v. Wade, which established safeguards for women’s reproductive freedom, and to Planned Parenthood v. Casey, which protected a woman’s right to an abortion until fetal viability at roughly 24 weeks into a pregnancy.

Justices have been deliberating over the Mississippi case since December and were expected to render an official decision in the next two months.