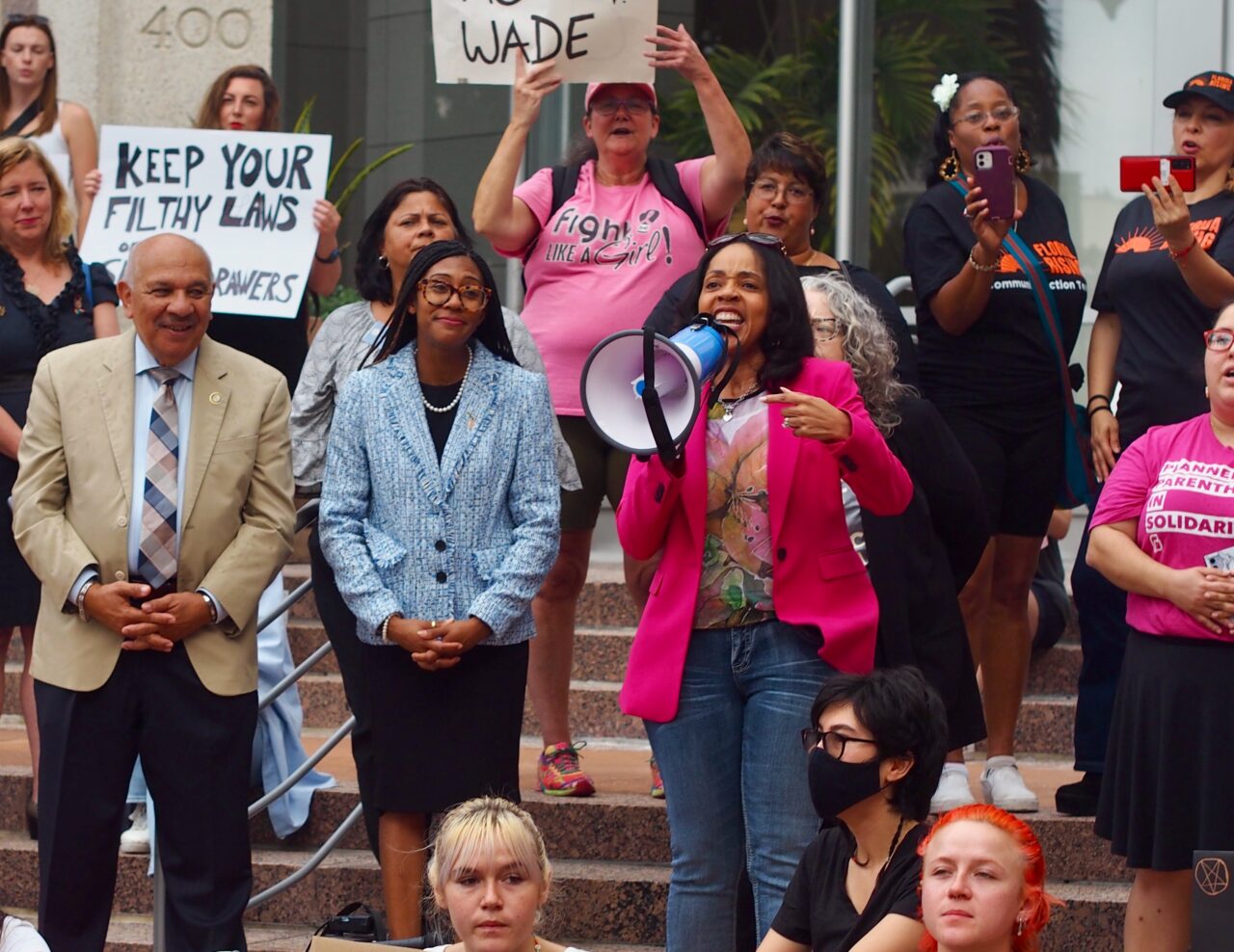 Attorney General candidate Aramis Ayala is eying a different course on abortion laws than her Democratic Primary Election opponent Daniel Uhlfelder, who earlier Tuesday vowed he would refuse to investigate or prosecute women for having abortions or doctors for providing them.

Uhlfelder, a lawyer from Santa Rosa Beach, staked that position as a response to the news that the Supreme Court of the United States is on the verge of overturning the Roe v. Wade federal assurance of legal abortions. The draft opinion leaked Monday to POLITICO shows the High Court ready to turn the legality of abortions over entirely to the states, with many states ready to outlaw them, and sparking the prospect that Florida might join them.

Ayala, interviewed before an abortion rights rally in which she appeared as a speaker Tuesday night, indicated she hoped she would not have to enforce anti-abortion laws in Florida, but would uphold the laws she saw as constitutional.

“I think it is important for us to be mindful of what we say in setting parameters,” she said when asked about Uhlfelder’s position. “The job of the Attorney General is to enforce the law in a way that supports the Constitution. So it would depend on how the law is crafted on whether or not it is constitutional.”

Ayala has focused her campaign so far on charging that Republican Attorney General Ashley Moody has not carried out responsibilities of an independent Attorney General to side with law, not politics.

Ayala has experience in challenging laws. Shortly after she became State Attorney for Florida’s 9th Judicial Circuit in 2017 she announced she would not pursue death penalties. That led to heated political and court battles. She lost, and then announced she would follow the Supreme Court of Florida’s decision. She served only one term.

“So this is a very different situation of following the law. There would be a very specific law that we would have to look at, honor. And it would be the Attorney General’s job to challenge it. That’s our job. Not to follow it but to challenge it,” she said.

For that audience, Ayala was less the legal analyst and more the passionate advocate.

“Abortion access in America is in crisis. It is crisis because we have people in power who are sadly playing fast-and-loose with our Constitution and the laws of this country and with the laws of this state,” Ayala told the crowd. “No way we can stand quiet while they’re playing games with people’s lives to better their power.”

Ayala pointed out her two daughters in the crowd, with her husband David Ayala, as reasons she believes abortion rights must be protected.