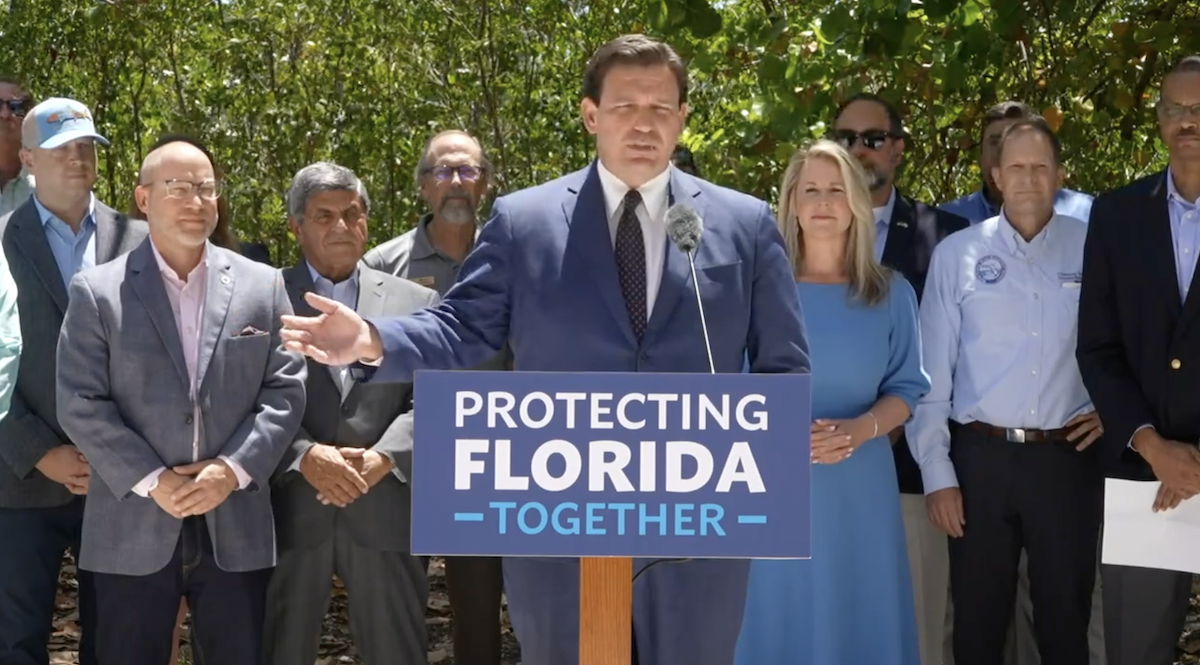 He announced the spending on Lover's Key in Lee County.

Gov. Ron DeSantis on Tuesday announced $20 million in resiliency grants and signaled support for record budget investments in the environment.

At a stop at Lover’s Key in Lee County, DeSantis announced funding support for 98 approved projects, just the first in a major investment by the state in disaster preparedness and mitigation efforts for environmental challenges.

“We’re excited about these planning grants, which are really an important part of what we’re doing,” DeSantis said. “We look forward to be able to work with the local communities toward even more significant grants for some major infrastructure improvements.”

The same day of the funding announcement, DeSantis announced the state had opened its online portal for new applications for future appropriations.

The announcement came the same day legislation (HB 7053) aimed at mitigating sea level rise landed on DeSantis’ desk. The Governor later signed that bill, which will establish an Office of Resilience permanently within the executive branch and provide for a Chief Resilience Officer.

The bill was filed in the House by Coral Gables Republican Rep. Demi Busatta Cabrera and backed by Speaker Chris Sprowls. Sen. Jason Brodeur, a Sanford Republican, ushered the bill through the Senate.

The legislation also codifies a number of environmental protections implemented by DeSantis shortly after taking office through a 2019 executive order. It also builds on a coastal resiliency grant program passed last year as a Sprowls priority.

“Your second day in office and the foundation of that was coastal resiliency,” Goss stressed. “That was one of the very first things you said you were going to do. You also made sure we had a coastal resiliency officer and then you followed through with that. That’s something you’ve done. You’ve absolutely put your money where your mouth is not that any of us doubted it.”

“Florida became one of the most proactive states in the nation in addressing the resilience of our coastal and inland communities ensuring they prepared for the current and future impacts of sea level rise, intensified storm events and flooding,” he said.

“You’ve been committed to our waterways, not just in Southwest Florida, but all of Florida,” he said.

Goss said the Everglades expenditures remain the most critical project in Florida. “You cannot do resiliency if you mess up the Everglades,” he said. “if you don’t get the Everglades right, if we don’t have the water right for South Florida, there is no coastal resilience.”