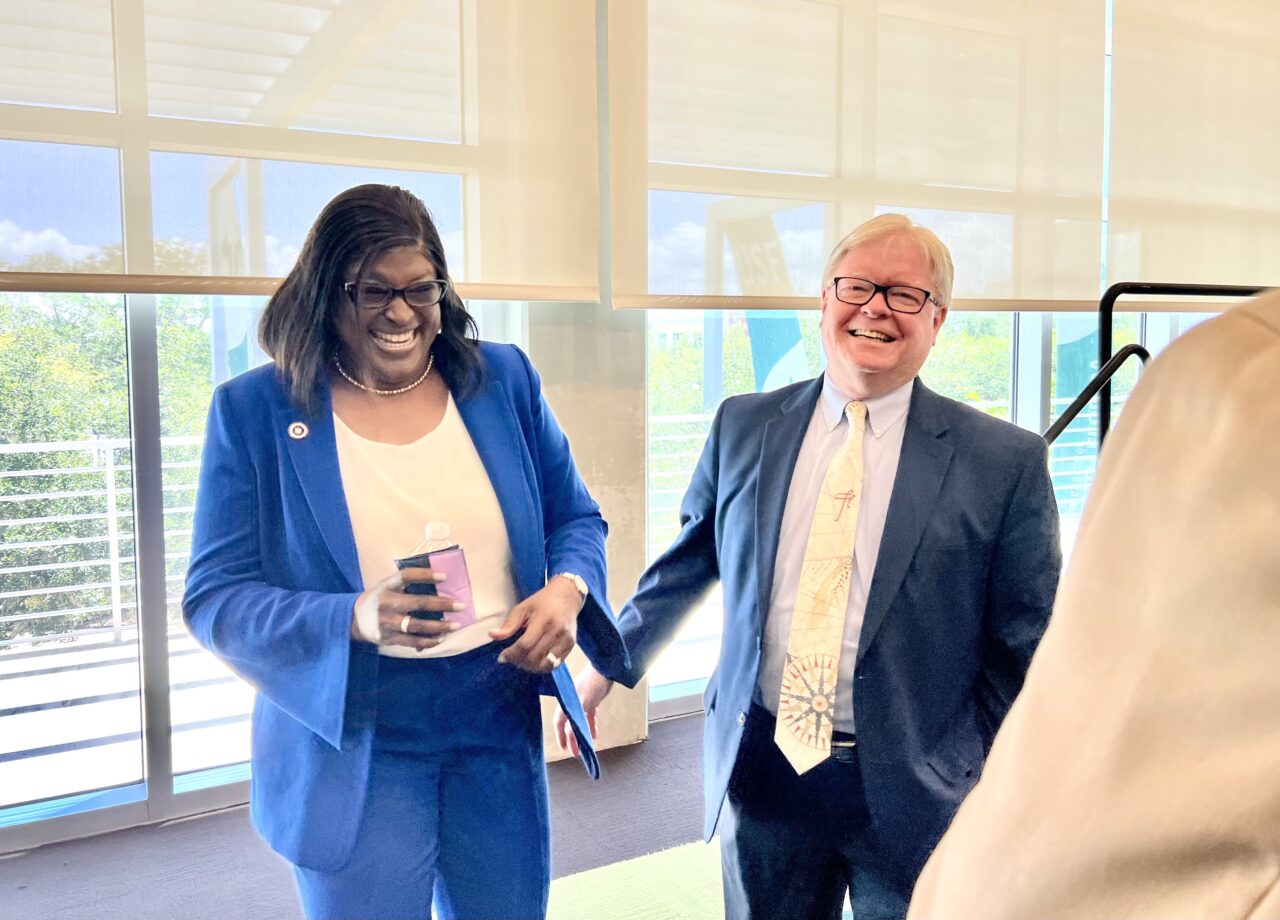 Attempts to 'stop woke' in schools could turn Florida into an intellectual desert, some higher ed leaders warn.

The Legislature this year has put some of the state’s higher education institutions in a tough spot. While universities and state colleges are being funded at historic levels, political interference in curricula and cost of living in the state are driving students and faculty elsewhere.

Tadlock was initially going to step down from his role last January, but stayed on after former USF President Steven Curall retired two years into his tenure. He stayed on to give the administration more time to select his replacement. Former Deputy Mayor of St. Petersburg Kanika Tomalin is one of four finalists (and the only local candidate) for the role.

Tadlock said his six years leading the USF St. Pete campus has been among the most disruptive of his 42 years in education, but among the most accomplished as well. In six years with USF he’s seen the system go through three presidents, the COVID-19 pandemic and consolidation with USF Tampa that changed USF St. Pete from a comprehensive regional university to an R1 research intensive university.

“They are different worlds,” Tadlock said of the change. “I was tenured at an R1 and I left it because I didn’t want to be faculty at an R1 research intensive university.”

Tadlock told the Tiger Bay Club Monday that inaction by the Legislature on areas like inflation and affordable housing is causing USF to lose out on “world-class” talent.

“For this coming fall there’s been failed searches on this campus that I’m aware of,” he said. “That happened because they got attracted to another university at a comparable level, providing all the things they want, but the housing and the cost of living was so much better there.”

Tadlock said that’s hurting USF, which is currently about 30% understaffed in the student affairs department alone.

Williams has been president at SPC for five years. She’s a St. Pete native and the school’s first Black and female president. She said it has been tough getting noticed in Tallahassee, but things are starting to improve.

“I think that state colleges are way undervalued and, legislatively, it has been difficult for the last decade or so for us. Not for the universities,” she said. “This year is the first year the state college system has been provided with recurring dollars in their base, which is a big deal.”

But none of that matters just yet. Both pointed out the Governor has yet to sign the budget and still has veto power. So monies are not guaranteed until the ink is dry.

Williams said housing affordability and the cost of living in Florida have created a challenge for SPC as well.

Florida has experienced such high increases in housing costs and inflation rates that it’s been dubbed the least affordable state in the country. The surges have been especially notable in the Tampa Bay area. Williams said the affordable housing crisis is affecting faculty retention and student performance at SPC as well. She said the college will hire someone who lives somewhere like Riverview, about an hour drive from St. Petersburg, but they tire of the drive and are soon lost. And she said more students are going virtual, but that’s not always the best option.

“For our students, I think many of them will go to online learning because of the problem with nowhere to live,” Williams said. “And not everyone is a good online learner.”

Williams said one of SPC’s main missions is helping underprepared students either enter the workforce or transfer to a university like USF. In fact, Tadlock has been instrumental in establishing a pipeline from SPC to USF. And SPC offers a number of short-term training programs like its lineworker program with Duke Energy that can place successful students in jobs starting at around $55,000-a-year after just 14 weeks of training. Williams said about 75% of SPC students fall into the underprepared category.

“We can definitely expand with online,” she said. “But when you talk about our underprepared populations, they thrive better in an in-person, face-to-face environment.”

Williams also said concern over what can be taught in the classroom has caused anxiety. Williams specifically spoke about the “Stop W.O.K.E” act, short for “Stop the Wrongs to Our Kids and Employees.” The Governor crafted and heavily advocated for HB 7 in an effort to head off the mythical leviathan that is “critical race theory.”

Critical race theory is a graduate-level academic framework that looks at U.S. race relations through a critical lens and acknowledges racial disparities in the country’s founding and those that have persisted within society and its institutions. It’s never officially been a part of Florida’s curriculum but has become a major conservative talking point, as Republicans assert tenets of the theory have infiltrated Florida’s schools.

The bill was sponsored by Hialeah Republican Sen. Manny Diaz Jr., who was recently confirmed as Education Secretary.

DeSantis celebrated the legislation becoming law as a victory in his culture wars, saying “we are not going to use your tax dollars to teach our kids to hate this country or to hate each other.” He added critical race theory should remain in law school where it is traditionally taught.

But Democrats opposing the bill said it wasn’t needed because critical race theory was never taught or proposed to be taught in Florida schools. They argued the language amounts to fearmongering and has created consternation among educators who fear speaking honestly about America’s racial history could cost their jobs.

Williams said educators at SPC are concerned about the accuracy of the history they’ll be allowed to teach.

“It’s causing faculty to be very uncomfortable,” Williams said. “We have not had any student complaints or issues regarding it, but we’ve had a lot from the faculty side, especially those who teach history and American government. They’re saying, ‘Well, do we just scratch this out of the books?’ I think that in the fall we’re going to have a whole lot of controversy on the campuses to prepare the faculty for it and to help them, but also serve the students. It’s a rule that’s in action and we cannot change it. It’s a tough spot to be in. A tough spot.”

Tadlock added that SB 7044, signed into law recently, is also pushing top-tier talent from Florida. That bill limits faculty tenure in another effort to keep “woke” instruction from the classroom. But Tadlock said quality applicants are opting for states that offer more employment protection, especially those operating at the highest levels.

“If tenure goes away, we won’t compete with our national peers,” he said. “Faculty won’t come. Especially those who do cutting-edge research that, at times, can be controversial and they don’t have a protection for that.”

And legislation like 2021’s HB 1507 is gutting crucial programs from community colleges that aren’t directly tied to high-wage jobs. Williams is still trying to get some of those programs back.

“There is a way for us to appeal,” she said. “Some of the things, like child care, fell off. It’s on the list to be cut. Well, we cannot not have child care. We have to have that training so people will have someone to watch their kids.”