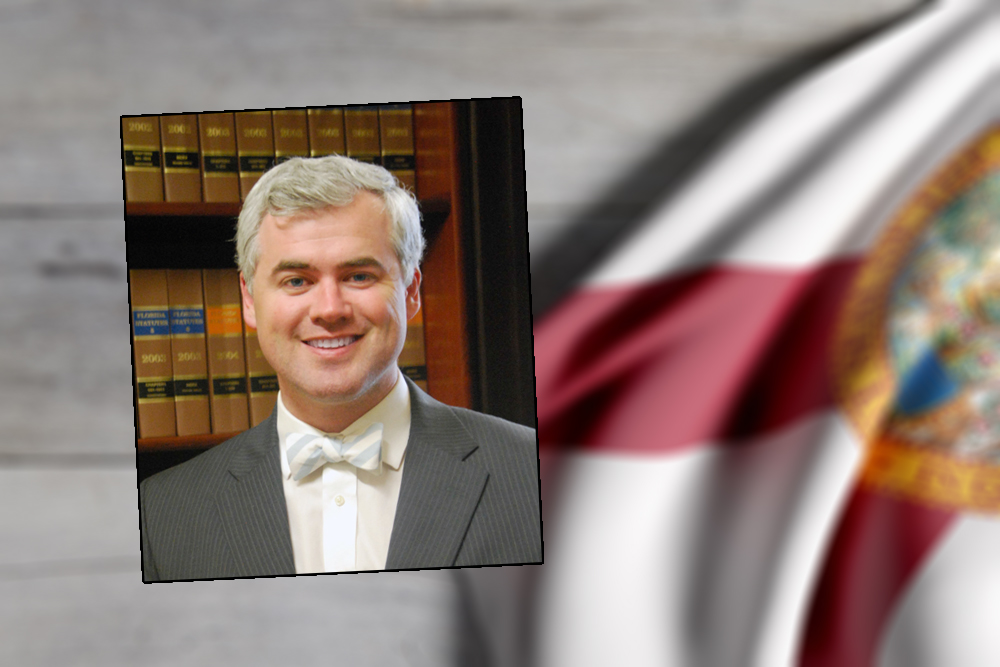 Beaubien is one of DeSantis' longest-serving staffers.

Beaubien, known around the Capitol for his height and “beau-ties,” is one of DeSantis’ longest-serving staffers, having been with the Republican Governor since before he took office. Beaubien’s last day in the Governor’s Office will be Friday.

“It’s been an eventful three years,” Beaubien told Florida Politics. “My longevity with the Governor and on his team has been great, and it’s been a great start to my career in public service. I don’t think this will be the end of it.”

Prior to his role as Deputy Chief of Staff overseeing the Department of Corrections and Department of Juvenile Justice, Beaubien was the Governor’s Director of Cabinet Affairs. Before DeSantis took office, he was his political director during his 2018 campaign for Governor.

Before the campaign, he had been special counsel to former Attorney General Pam Bondi and an associate at the Coates Law Firm in Tallahassee, focusing on ethics and elections law.

He’s been a legislative intern at the Florida House of Representatives and a Florida Gubernatorial Fellow at the Agency for Persons with Disabilities.

Greenberg Traurig, founded in Miami, has 33 offices across the United States and 10 internationally. Beaubien will be joining their Tallahassee office, located a block from the Capitol Complex.

Beaubien’s will likely start at his new shop at the start of next month.

Lobbying compensation reports for the first quarter of 2022 aren’t due until Sunday, but Greenburg Traurig consistently earns millions each quarter for lobbying work in Florida. In Q4 2021, the firm fell just shy of the state’s Top 5 earners in compensation, making an estimated $1.2 million.

DeSantis announced Beaubien’s departure at the conclusion of a Cabinet meeting in March, recognizing him for three and a half years of service and saying he’s been with him “the whole time.”

“He’s been our point person on Cabinet issues from the day I became Governor, so he’s worked incredibly hard and we really appreciate all the contributions he’s made to the state of Florida,” DeSantis said. “He’s now moving on to additional endeavors, so we want to wish him fair winds and following seas in the future.”

Beaubien said it was the right time for him to leave, and moving into private practice will allow him to spend more time with his family. He and his wife Alyssa have a son who will turn 2 next month.

“Couldn’t be happier for a great friend and teammate (Beau Beaubien), well deserved! Don’t forget us when you’re fancy out there,” tweeted DeSantis Chief of Staff James Uthmeier.

“Congrats (Beau Beaubien) on your next step! Beau always did a great job for the Governor and I always enjoyed working with him on the Cabinet. He’s a committed professional and I’ll miss working with him,” said CFO Jimmy Patronis, a member of the Florida Cabinet.

“Congrats to my (Florida Gubernatorial Fellow) and “beau” tie-wearing brother (Beau Beaubien) on his new gig (at Greenberg Traurig),” tweeted Cody Farrill, Chief of Staff for the Agency of Health Care Administration. “From the start of the Administration, he welcomed me as part of the team. To know Beau is to know his commitment to doing what’s right and his unwavering loyalty to those around him.”

The Governor’s Office is actively looking for Beaubien’s replacement but has not made a decision. As for advice for his successor:

“I think to have a mind for public service, be loyal to your principal and be honest in everything you do,” Beaubien said.

previousParties positioning for another battle over Senate seat in Seminole County