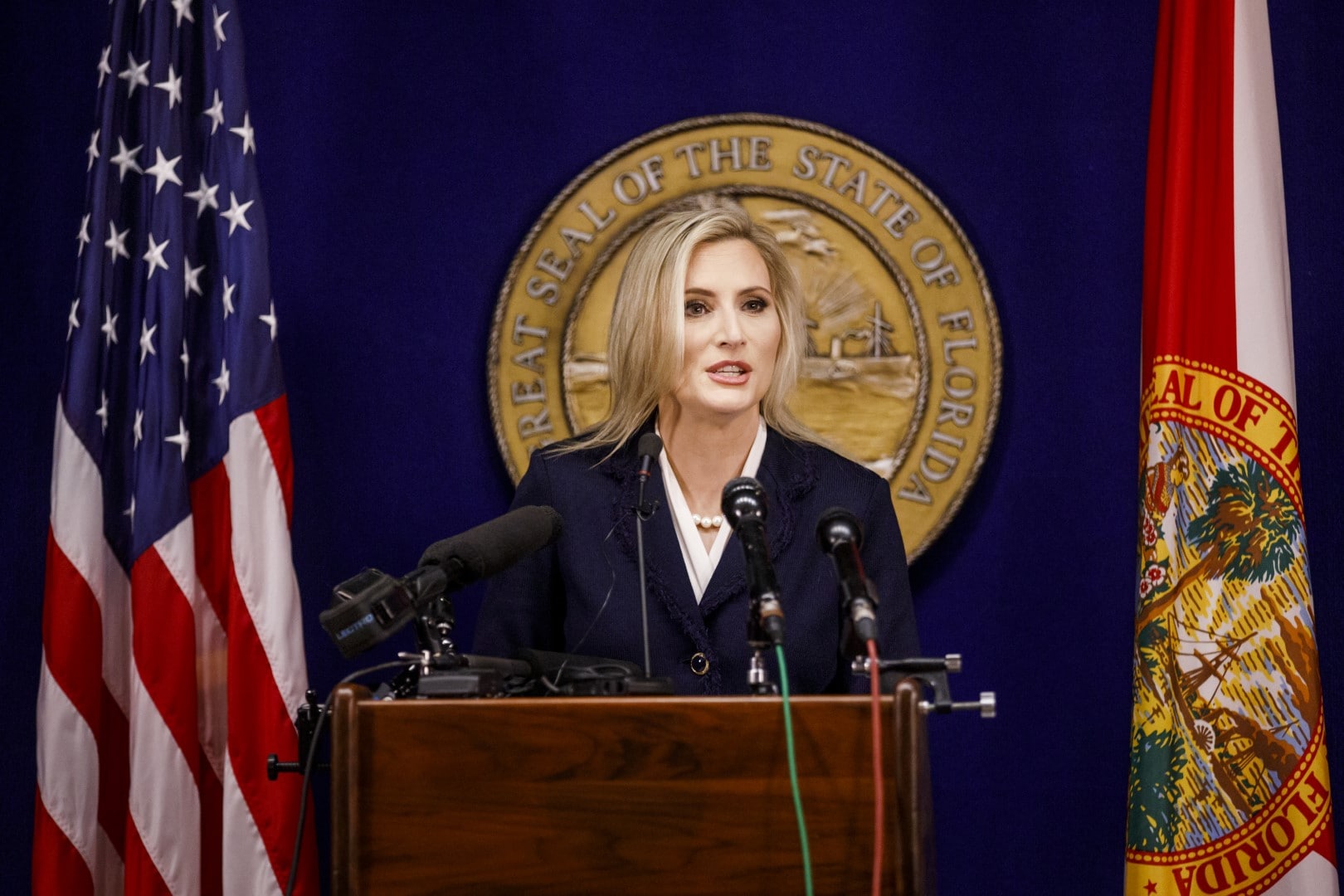 She's quitting as Gov. DeSantis' Secretary of State in order to run.

She is filing for federal office a day after wrapping up more than three years working in Gov. Ron DeSantis‘ administration running Florida’s Department of State.

DeSantis appointed Lee as Florida’s Secretary of State in January 2019, shortly after winning his election as Governor. She was actually the second person DeSantis named to the post but a blackface scandal forced Mike Ertel to resign shortly after he was appointed to the job.

Before her current role in DeSantis’ administration, Lee served as a Circuit Judge in Hillsborough County, a seat she had initially been appointed to by former Gov. Rick Scott. She previously worked as an assistant U.S. attorney in the Middle District of Florida, and before that, as an assistant public defender in the same federal district.

She’s also wife to former Florida Senate President Tom Lee, who at one point was rumored to be interested in running in CD 15 himself.

Generally well regarded on both sides of the aisle, Lee has been in the middle of a number of political battles around the administration of elections. Her office came under fire when the state’s voter registration website crashed on the last day to register to vote in the 2020 Presidential Election. She later told the Legislature an unnatural amount of traffic brought the site down that day, and that a deliberate attack had not been ruled out.

But leaders in both parties praised the administration of Florida’s elections, which did not see court challenges like those experienced in other states.

Lee’s Office also has defended in court a controversial congressional redistricting map signed by DeSantis and crafted by the Governor’s staff. Notably, that map created an opportunity for Lee to run for an open seat.

CD 15 is generally considered Florida’s “new” congressional district after the state was awarded an additional seat based on the 2020 Census. That means there’s no incumbent, with U.S. Rep. Scott Franklin expected to run in Florida’s 18th Congressional District to the east.

It’s also a swing seat, but one that leans slightly Republican. About 50.86% of voters in the new seat voted for Republican Donald Trump in the 2020 Presidential Election compared to 47.74% who backed Democrat Joe Biden.

The Central Florida district won’t be impacted by a recent court decision to block the North Florida cartography. Lee’s office is appealing the recent ruling.