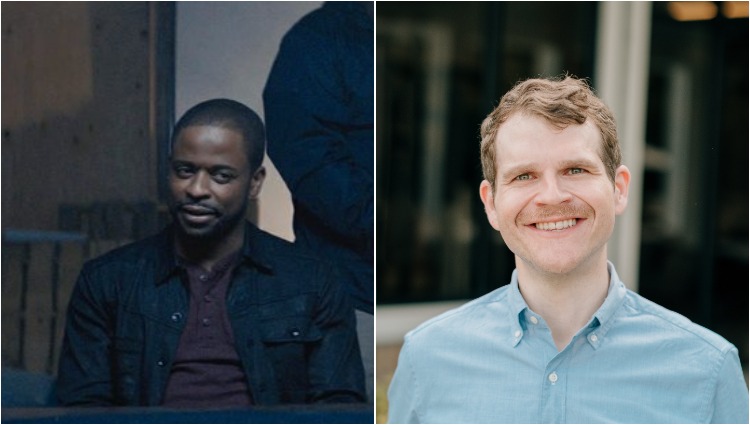 Dulé Hill said he had to jump in when he saw how 'extreme' Geller's opponent is.

Eddie Geller’s congressional campaign got a boost Thursday from someone with plenty of experience with Washington politics — sort of.

Geller released a video featuring an endorsement in the race for Florida’s 15th Congressional District from actor Dulé Hill. Hill is best known for his roles as Burton Guster in the series Psych and his years as aide to (fictional) President Josiah Bartlet on the political drama the West Wing for all of its seven seasons.

But someone seemingly forgot to tell Geller.

The video begins with Geller mistaking the West Wing for the hit HBO show Westworld, while Hill refers to Geller as the “guy who wrote a jingle for his launch video.”  Geller launched his campaign with a 90s-sitcom themed campaign video. The two run the faux-pas bit for a few laughs before getting serious about the campaign.

Geller said he agreed with Hill and added:

The opponent Hill was speaking of is Republican state Rep. Jackie Toledo. CD 15 has for years been held firmly by the GOP. But this year’s redistricting has drastically changed the district.

Incumbent GOP Rep. Scott Franklin is likely to shift districts as a large swath of his base is no longer part of the new CD 15. And Dennis Ross, who left the seat in 2018, spent the last four years not running for a seat, but spending campaign funds. He’s also seeking the Republican nod for what is more than likely to be an open seat.

But Toledo has been seen as the front-runner in the GOP field. She and Geller are close in fundraising. Toledo has raised about $350,000 to Geller’s $300,000. But Republican Jay Collins, who was running for Kathy Castor’s seat in Florida’s 14th Congressional District, recently shifted to CD 15 with almost $770,000 raised and $340,000 in his war chest.

Geller, who spent years as an actor and comedian before shifting into creating digital content for organizations like the Democratic National Committee, MoveOn.org, and Priorities USA, said he is “running a campaign that eschews traditional campaign messaging in favor of creative and (sometimes) humorous ways to reach voters.”

Geller’s campaign did not comment on whether the two split a pineapple.