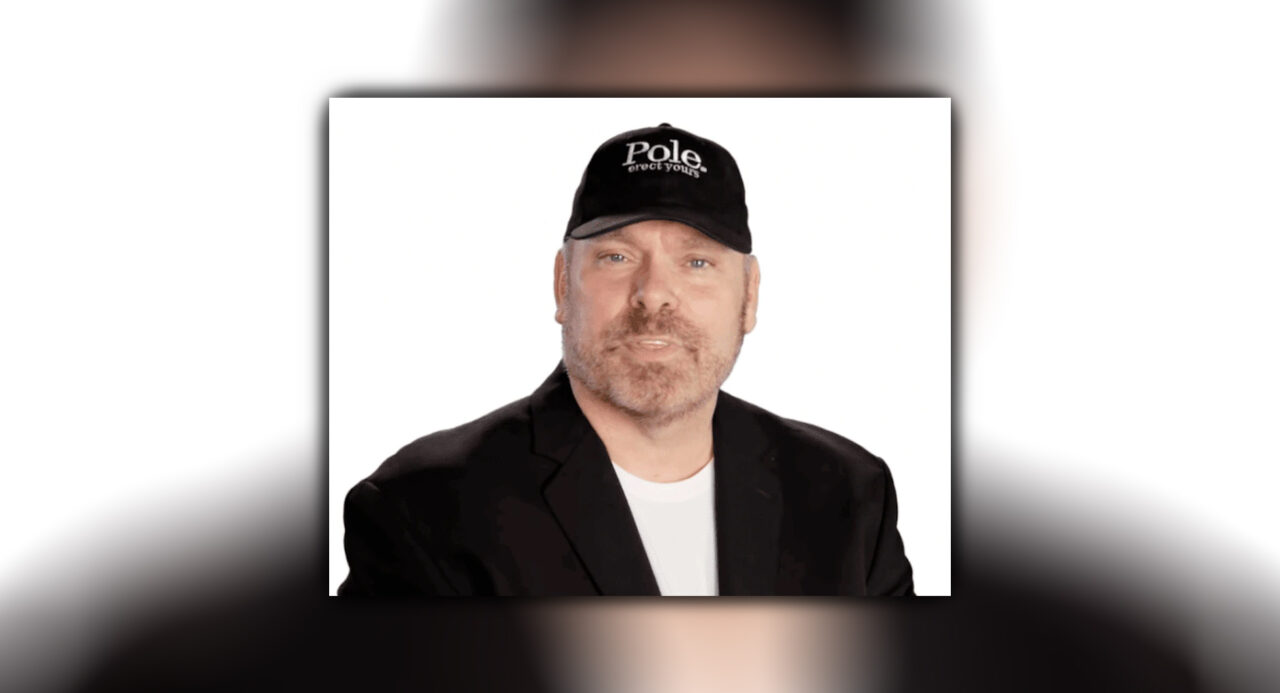 Chaz Stevens has been putting up displays in the Capitol Rotunda Free Speech Zone for nearly a decade.

Chaz Stevens always uses public forums to make his point, like when he publicly led a prayer to Satan at a government meeting to quell the Judeo-Christian invocations there.

But now, the Deerfield Beach provocateur, whose overriding aim is to get religion out of government, says he’s blocked from the venue that first drew him to national notice: the Capitol Rotunda’s Free Speech Zone.

In 2013, the ardent church-state separation activist erected a Festivus pole made of empty Pabst Blue Ribbon cans in the zone. That propelled him onto Comedy Central.

And for this year’s Christmas season, Stevens mounted an homage to Dr. Anthony Fauci as “Fauci Claus” in honor of the White House medical advisor’s advocacy of vaccines. Currently, he wants to skewer Florida’s legislation that prevents teachers from mentioning gender identity or sexual orientation to their students.

But so far — even after Stevens downgraded his proposed display showing Gov. Ron DeSantis as Playboy’s cover model to a blank square foamboard sitting on an easel — he said he’d been locked out of the Rotunda’s zone by the Department of Management Service. His requests have been met with a citation of the statutes with the rules governing the area without further explanation.

“My uncles went to battle; they kicked the Nazis’ asses to stand up for my rights to put up whatever I want in the Florida Rotunda underneath a sign that says, ‘This is a Free Speech Zone,’” said Stevens, who earns money managing a website that connects people with mental health issues with therapists and therapy animals. “Now it’s got a doorman checking your ID, and unless you have the right message that’s approved by DeSantis, they are blocking you. Ron is cock-blocking me.”

Mostly, Stevens said he doesn’t understand the change in the reception from the Department of Management Services, who usually assigned him a time and place for his statements over the years. He’s filed an intent to sue the state.

“I have tried to comply with the state’s ever-shifting reasoning — applied as a for-profit, individual, non-profit, heck, I’ve used the same verbiage that I’ve used for the past decade,” Stevens said. “Each and every time I’ve been told no, each and every time my team receives a different answer.

“Gov. DeSantis has all the levers of power, but I have art that fits on a piece of white canvas,” Stevens continued. “Is his skin so thin and ego so fragile he’s afraid to face my artwork?”

Contacted by Florida Politics, Debbie Hall, a DMS spokeswoman cited the rule and said she could not comment further on whether there had been a change in the way the rule is being executed — or how many other free speech displays have been denied recently.

“The Capitol building is generally open to the public during normal working hours (8:00 a.m. to 5:00 p.m., Monday through Friday), though the right to make reservations is limited in accordance with the requirements of the rule chapter,” she wrote in an email. “The Department cannot provide further comment due to the pending litigation.”

Stevens said he’s perfectly willing to operate within the rules.

Stevens has been spurred on to a new round of antics as the legislation passed during the recent Session was signed into law. He’s petitioned schools to ban the Bible, based on the prohibition of certain kinds of training (HB 7), the regulation of “age-appropriate” schoolhouse discussions of gender identity or sexual orientation (HB 1557), and the new level of review for schoolbooks (HB 1467).

The effort recently landed him in the Washington Post, among other venues.

Stevens says he wants DeSantis to make good on his claim that Florida is the freest state. He got the idea of putting up a blank slate in the free speech zone after watching Russian protesters get arrested for holding up an imaginary sign.

“How much further away are we from that?” he asked rhetorically. “Free speech in Florida is not free.”