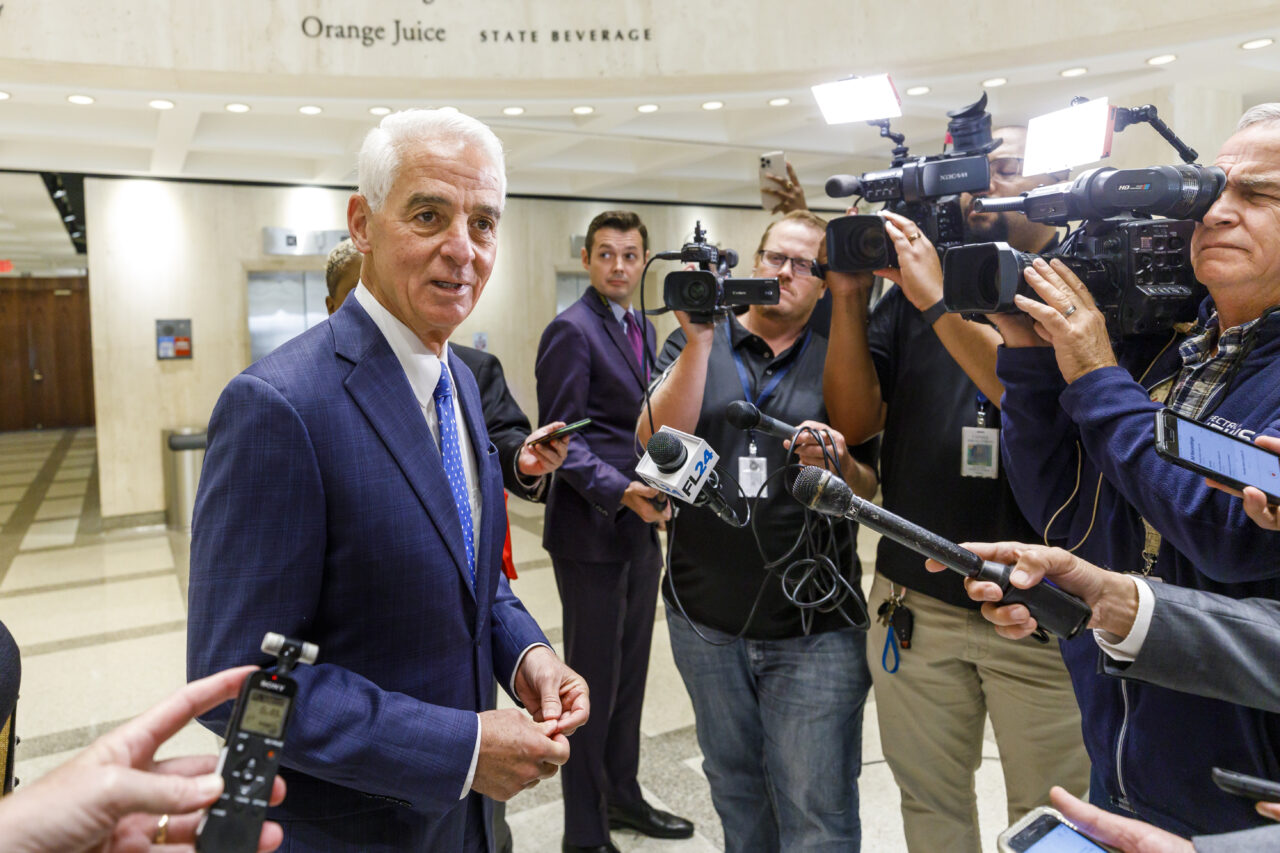 'When I was in Tallahassee, I took on the big insurance companies, I got them to fall in line, and I lowered rates for Floridians.'

It calls for a new Insurance Commissioner, eliminating charges that fund the state-backed reinsurance fund and requiring companies that offer auto insurance to offer homeowners coverage as well.

In a released statement, Crist touted his record as Governor, when as a Republican he clashed repeatedly with insurance companies. Crist took office in 2007, when the fallout of the 2004-05 storm seasons, which saw several hurricanes strike the state, was still rippling throughout the market.

State Farm at one point threatened to leave the state entirely because of Crist’s efforts to thwart rate increases.

“Florida’s property insurance market is in crisis,” Crist said. “When I was in Tallahassee, I took on the big insurance companies, I got them to fall in line, and I lowered rates for Floridians. Period. It’s time for Gov. DeSantis and his GOP allies to step up and fight for Floridians.”

The seven planks of Crist’s plan include:

— Enacting the Fueling Affordable Insurance for Homeowners Act, or FAITH Act, a proposal originally released by Crist on May 5. It calls for the creation of a federal fund to loan states money as a way to reduce reinsurance costs.

— Eliminating the 25% surcharge homeowners pay into the Florida Hurricane Catastrophe Fund, or CAT Fund, which acts as a reinsurance fund to help insurers pay claims in the event of a large hurricane.

— Lowering the threshold for the CAT Fund, so homeowners could save money. Crist’s plan calls for reducing the attachment point for the CAT Fund from $8.2 billion to $4.5 billion, meaning insurance companies could draw from the CAT Fund for a storm that caused $4.5 billion in damage, instead of one that caused $8.2 billion. State Sen. Jeff Brandes, a St. Petersburg Republican, pushed for a similar provision during the Regular Session, but it never gained traction. Brandes said it could save homeowners $150 per year on premiums, but CAT Fund officials worried it would increase the risk of draining the CAT Fund of resources and requiring it to borrow money to pay claims, adding expenses for all policyholders in the event of an active, damaging storm season.

— Pushing companies who sell auto insurance in the state to sell homeowners insurance as well. Some companies, such as USAA, have stopped offering new policies in Florida, although they continue to service legacy policies.

— Creating an insurance fraud task force to crack down on fraudulent claims.

— Providing free wind inspections and incentives for homeowners to harden their homes against damage during hurricanes. Crist wants to resurrect the “My Safe Florida Homes” program he oversaw as Governor.

nextLast Call for 5.19.22 — A prime-time read of what’s going down in Florida politics