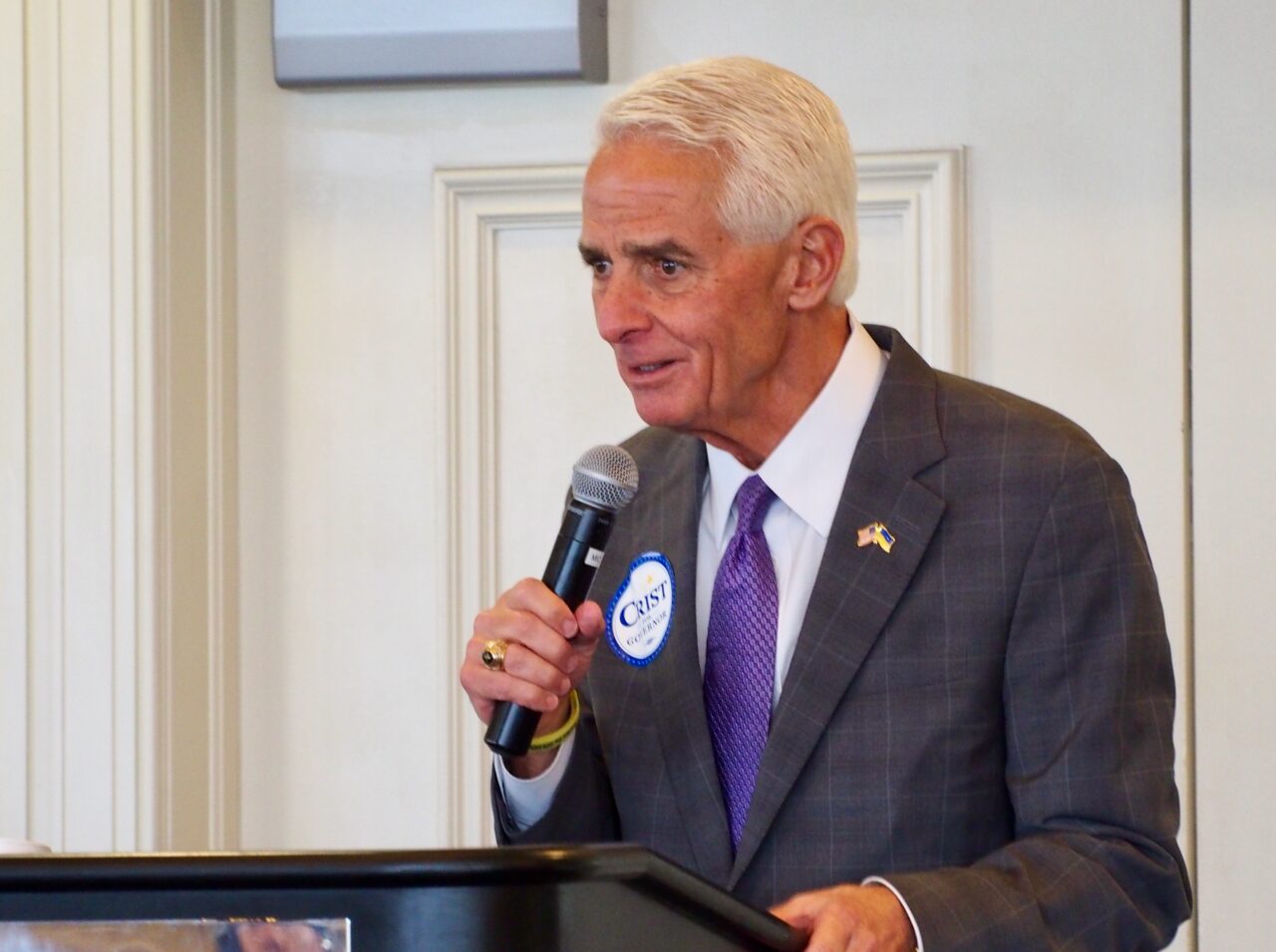 'I'm an optimist. And I'm hopeful. And I'm a happy warrior.'

For some time now, Crist has been trying to play up his “nice guy” image while trying to characterize DeSantis as ambitious, angry, and aloof. He pressed for that contrast repeatedly in his remarks to the Tiger Bay Club.

“I can’t believe what we’ve been under for the past three and a half years. And if you’re for him, God bless you,” Crist said, trying to be critical of DeSantis yet still project a nice guy image at the same time.

“My concern about the current Governor is it seems to me he goes to bed every night thinking about: ‘What group am I going to pick on tomorrow?’ You know, LGBTQ. Women and the right to choose. African Americans who want to vote and want access to drop boxes. Senior citizens like my parents who like to vote by mail,” Crist said.

“I’m running because I love this state. And I’m an optimist. And I’m hopeful. And I’m a happy warrior,” Crist added.  “And I think you deserve to have a Governor who really gives a damn about you, instead of his own political career and his designs on running for President in 2024.”

The audience mostly accepted Crist warmly, though he did make a few uncomfortable. Occasionally someone in the bipartisan lunch crowd could be heard to murmur objections or even cough “bullsh–” into a fist.

“I love you,” Crist told them at one point. “Some in varying degrees. But I do.”

The former Republican Governor and three-term Democratic Congressman from St. Petersburg also tossed in a bit of campaign contrast with his two Democratic Primary Election opponents, Agriculture Commissioner Nikki Fried and Sen. Annette Taddeo, though he did not explicitly mention either of them.

Crist sought the lunch crowd’s agreement that what Democrats need in the General Election is an Interstate 4 corridor ticket, and pointed out they would have one with Senate candidate Rep. Val Demings and himself at the top. Fried and Taddeo are both from South Florida.

On the issues, Crist kept his focus on DeSantis. Among them:

— On the Reedy Creek Improvement District battle: “Who goes after Mickey Mouse? … Our Governor of Florida is giving them crap. I don’t understand it. I really don’t. Because they did not like a bill that he signed that said, ‘Don’t say gay.'”

— On Medicaid expansion: “We ought to be a compassionate state. We ought to have empathy for those who can’t afford it (health care coverage). And we should expand Medicaid,” he said. “That’s one of the first things I want to do if I get elected Governor.”