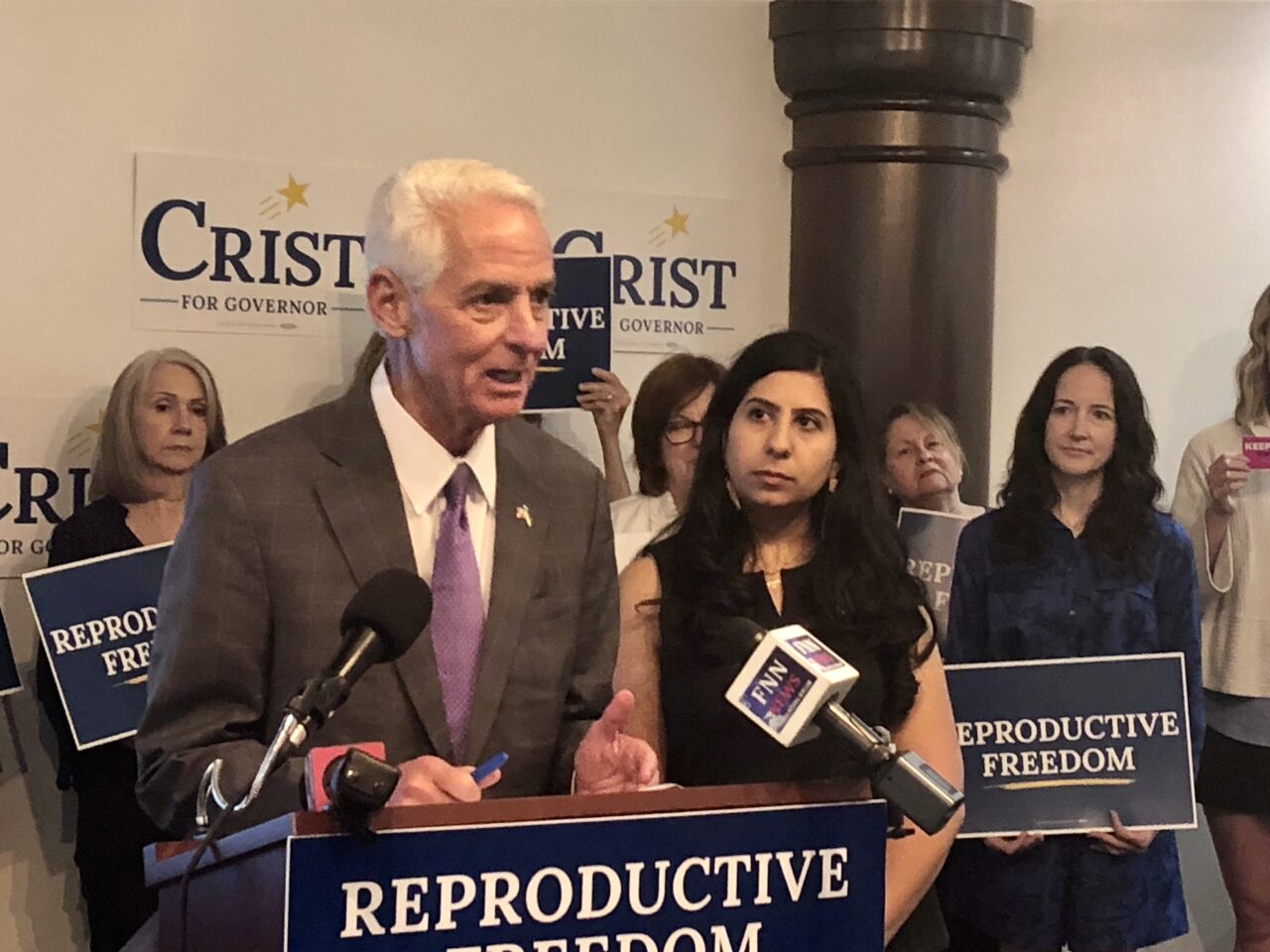 The proposed order, which Crist said he would sign on his first day as Governor, would prohibit state agencies from doing anything to prevent abortions that would meet the standards spelled out in the now-jeopardized landmark Roe v. Wade decision.

“We cannot sit idly by as women’s freedoms are attacked by Gov. Ron DeSantis and Republicans across the nation who don’t trust women to have autonomy over their own bodies,” Crist said in a news release.

“The women of Florida have a constitutional right to freedom and privacy and I intend to fight tirelessly to protect Roe v. Wade here in the Sunshine State,” Crist added. “I vow to sign this sweeping Executive Order into law on Day 1 of my administration to protect reproductive freedom. We will not stop until we deliver justice and equality. The Crist administration will always be firmly on the side of Florida’s women.”

The order provides Crist a position in the forefront of abortion rights heading toward an August Democratic Primary Election in which he faces two women who have also made abortion access paramount to their campaigns: Agriculture Commissioner Nikki Fried and state Sen. Annette Taddeo.

Last weekend, Fried and Taddeo received rousing receptions at a Ruth’s List Florida convention in Orlando, an event that Crist skipped. Ruth’s List, which backs Democratic women who support abortion rights, has not endorsed in the gubernatorial contest.

Then, on Thursday, Crist got the endorsement of Barbara Zdravecky, former Planned Parenthood CEO for Southwest and Central Florida.

Fried put out a statement questioning Crist’s sincerity, saying, “The only thing Charlie Crist could announce today that would help women is a time machine. That way he could stop himself before he nominated an anti-choice extremist to the bench. Otherwise, this is more of the same we’ve seen from Charlie Crist’s lifetime career of saying what’s politically convenient to stay in power.”

“My record is crystal clear. And Ron DeSantis is on the other side of it and he’s dead wrong, absolutely wrong,” Crist said.

“Trust me. Trust me, because you can,” Crist added. “And my record speaks to that.”

Eskamani stopped short of endorsing Crist’s candidacy, but she did praise the prospect of Crist being Governor thanked him for “drawing a path forward for safe abortion and to uphold and recommit all of us to the protections established by Roe v. Wade and to those in our state constitution, because we have to go beyond the courts.”

“To draw a path forward that is proactive is essential,” she said. “But to then also have a Governor with veto power is critical. Because we have to remember that I have Republican colleagues right now who have already expressed solidarity and support in officially and completely banning abortion,” she said.

— Prohibit state agencies that report to the Governor from aiding or participating in any attempt to prevent abortion under standards set forth by Roe v. Wade.

— Direct the Governor’s legal counsel to begin judicial proceedings in the name of the state against any executive or any administrative state, county or municipal officer to enforce compliance with the privacy clause in the Florida Constitution and protect the rights to abortion access under the standards of Roe v. Wade.

— Prohibit state agencies that report to the Governor from cooperating with any federal agency or state seeking to criminally charge any individual seeking an abortion, any licensed doctor in Florida who performs abortions in Florida under the standards of Roe v. Wade, or any person financially or personally aiding anyone who comes to Florida to obtain an abortion.

— Prohibit state agencies that report to the Governor from cooperating with any law enforcement agency attempting to close a facility that performs abortions under the standards of Roe v. Wade and is otherwise in good standing with the state.

— Direct the Agency for Health Care Administration to continue to reimburse for abortion care in cases of life endangerment, rape, or incest under the standards set forth by Roe v. Wade.