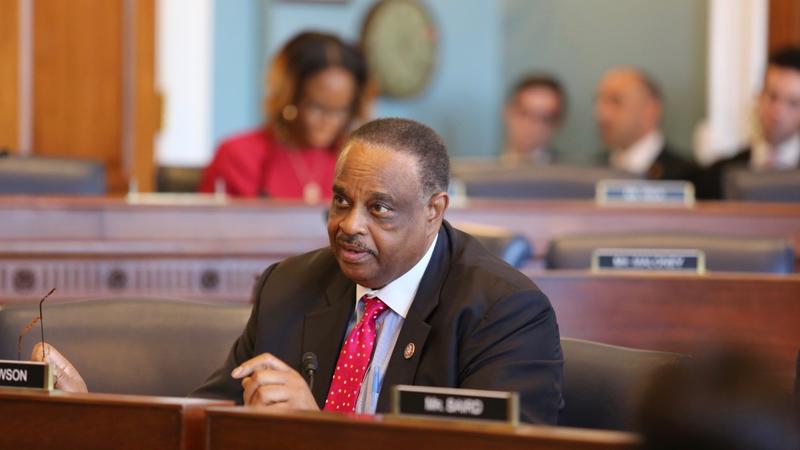 The U.S. House Elections Subcommittee, chaired by North Carolina Democratic U.S. Rep. G. K. Butterfield, staged the field trip in an effort to spotlight ballot access in Florida, where Republican Gov. Ron DeSantis has signed a pair of election laws Democrats say will intimidate voters and make it harder to cast a ballot. Within one of the measures (SB 524), signed exactly a month ago, is a provision creating a first-of-its-kind election crimes investigation office.

Butterfield called the creation of the Office of Election Crimes and Security within the Florida Department of State a troubling and disappointing development. There is no evidence of election fraud and crimes, he suggested, and establishing election police would politicize the election process more than necessary.

“Enacting laws such as this does not bolster election integrity,” Butterfield said. “Rather, it creates a serious risk of voter and election administrator intimidation, and it perpetuates the false narrative that American elections are not secure.”

The hearing, held mere blocks from the Florida Department of State’s offices, was part of the subcommittee’s tour of U.S. states and their election laws. The subcommittee has visited Democratic-led New Mexico and Republican-led Texas in past hearings.

It also comes as Florida’s 2021 election law (SB 90) winds its way through the federal courts. Earlier this month, a three-judge panel with the 11th U.S. Circuit U.S. Court of Appeals sided with the state to temporarily reinstate portions of the law, which a lower court had deemed unconstitutional.

Some voting rights advocates and Democrats, including President Joe Biden, have likened the wave of Republican-driven election laws to “Jim Crow 2.0.” Witnesses during the hearing, too, noted Florida’s history of disenfranchising Black voters.

Wisconsin U.S. Rep. Bryan Steil, the ranking Republican member of the subcommittee suggested the hearing could’ve been held just 17 miles to the north in Georgia, which saw record voter turnout during their Primary Election on Tuesday.

“The only state I can think would be better to be in today would be Georgia, where we can celebrate record voter turnout despite all the claims made on the left of attempts to limit voter access,” Steil said. “What we actually saw yesterday in Georgia was record voter turnout, both on the Democrat and on the Republican side despite there (not) even being a competitive Democratic Primary. I’d say that’s success.”

The House passed the “For the People Act” (HR 1) more than a year ago. The Senate has not taken up the measure, largely because Democrats lack the support to break a filibuster on the measure.

Democrats used their panel of witnesses to hammer against the need for stricter voting laws at the state level. Tallahassee Democratic U.S. Rep. Al Lawson, who played as a host for the hearing, asked All Voting Is Local Florida State Director Brad Ashwell whether the election police unit would open the door to voter intimidation and harassment.

“The Secretary of State is appointed by the Governor and serves at that Governor’s pleasure. It’s very much an instrument of the Governor, and this law enforcement office is directly under it,” Ashwell said.

In answering another question from Lawson, Gadsden County Commissioner Brenda Holt told the committee making changes during an election year can be intimidating. Voters aren’t familiar with the new processes, she continued.

“The term ‘election police’ is intimidating in itself, because the citizens don’t know if there are going to be officers at the polling place,” Holt said.

“This should not be a Republican versus Democrat issue. This is an American issue,” Cammack said. “I would hope that, instead of chasing political agendas, we can chase truth and … bolster electoral security so that everyone goes to the ballot box knowing that their vote is being counted as cast and intended.”

“In order to remain at the tip of the spear in elections, in security and administration, we have to take a proactive response and I believe so in the state of Florida is doing,” Anderson said.

Questions about election integrity would be “put to bed” if the nation followed Florida’s election model, said Miami Republican U.S. Rep. Carlos Giménez, who was Mayor of Miami-Dade County during the 2020 election.

“Frankly, much of the rhetoric about access and somehow we’re restricting voting, it’s just that, it’s rhetoric. And actually, it runs counter to what this committee wants to do, which is to create confidence in our election system,” Giménez said. “I can tell you, with 100% accuracy, there is confidence in Florida state’s election system.”