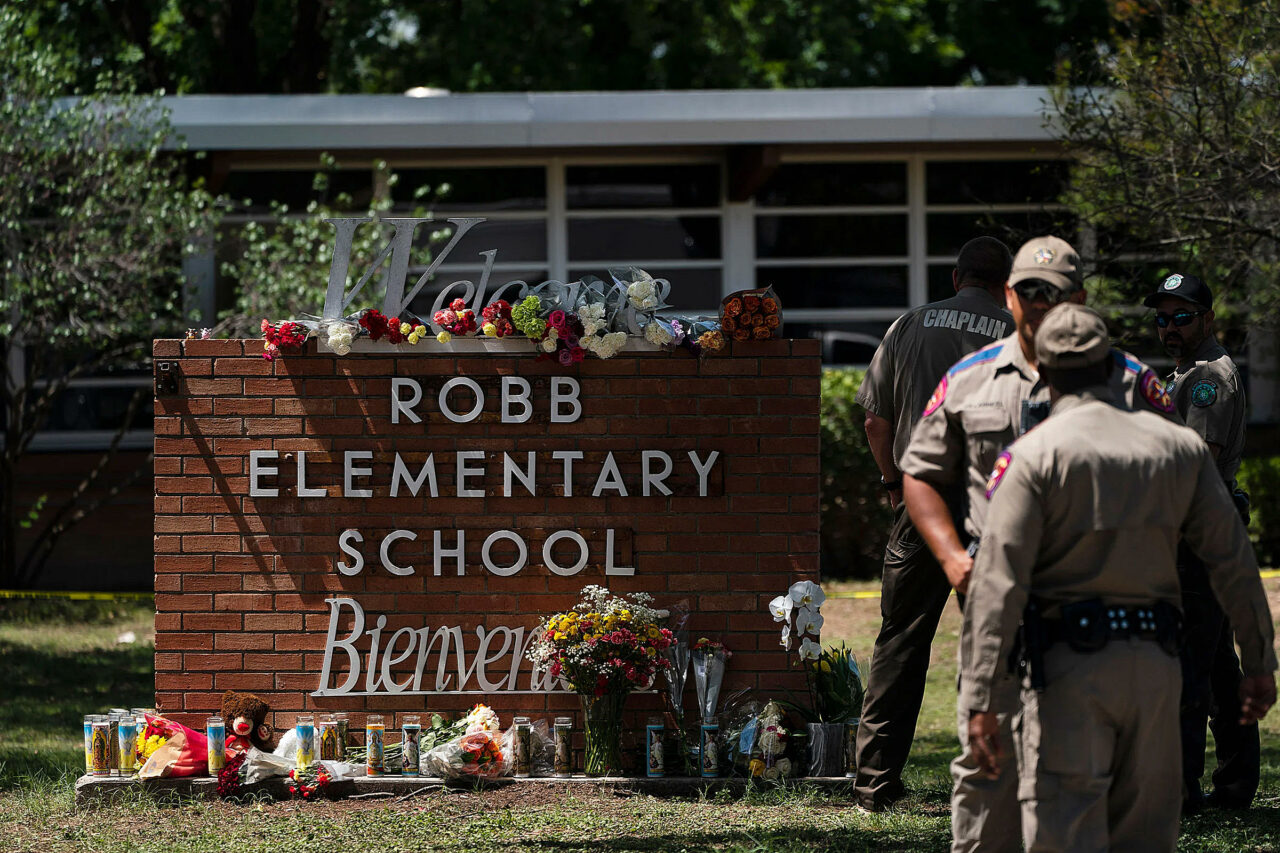 ‘I have no interest in being part of people’s political narratives.’

Gov. Ron DeSantis has not shied away from commenting on national and international controversies. China, Venezuela, our southern border — he’ll opine at great length and ferocity.

About the mass murder this week in Uvalde, Texas — where an 18-year-old shot to death 19 small kids and two teachers — he has uttered not a peep beyond ordering flags at state and local facilities flown at half-staff — and it was President Joe Biden’s proclamation.

Neither has the Governor spoken in detail about his hopes for a Florida abortion policy beyond the 15-week gestation ban he signed into law recently, even as the U.S. Supreme Court could overturn Roe v. Wade at any time.

And DeSantis has been ambiguous about his call for the Legislature to send him a “constitutional carry” bill liberalizing Floridians’ right to arm themselves. He’s said he wants to sign such a law but offered zero details about what he hopes that would do.

Meanwhile, Agriculture Commissioner Nikki Fried, a Democrat running to replace DeSantis this year, has vowed to sign an assault weapons ban if elected. U.S. Rep. Charlie Crist, another Democratic gubernatorial candidate, has promoted his own plan “to tackle the gun violence epidemic head-on.”

On Thursday, Fried urged a special session on gun violence in a letter to the governor. “As a self-proclaimed ‘defender of life’ who just two months ago said that ‘life is a sacred gift worthy of our protection,’ I am sure we can agree that it is imperative for our state to act immediately to protect the lives of innocent Floridians from gun violence,” she wrote.

DeSantis’ silence fits a pattern, according to Mac Stipanovich, a veteran political consultant who quit the Republican Party after Donald Trump took it over. He’s now registered with no party affiliation.

“Whenever there is the slightest chance that he will profit politically from taking a public stance, he will light himself on fire. Whether its masks, vaccinations, the misrepresentation of critical race theory, calling people who opposed HB 1557 [the Parental Rights in Education or “Don’t Say Gay” law] groomers, it’s not that they’re tongue-tied,” Stipanovich said in a telephone interview of the Governor’s Office.

“But whenever there’s any possibility that a vote in the right-wing base might be lost, there’s deafening silence,” Stipanovich said.

“Why he’s remained silent, I couldn’t say. It’s unusual, but we know this is a political football. It shouldn’t be, but it is,” she told the Phoenix.

The Phoenix sent an email to the governor’s press office at 11:20 Thursday asking whether DeSantis plans a statement about Texas or has worked out a position on optimal abortion legislation. We haven’t heard back yet but will update this story if we do.

DeSantis hasn’t always remained silent about mass murders. Shortly after taking office, he visited the Pulse nightclub in Orlando to observe the third anniversary of a mass shooting that killed 49 people (although his executive order commemorating the tragedy originally failed to mention the victims were LGBTQ+).

Desantis has avoided being drawn into such matters when it doesn’t suit him. For example, seven months after taking office, he rejected suggestions that Donald Trump’s embrace of white nationalism egged on a mass shooting of Hispanic people in El Paso that killed 22.

“I have no interest in being part of people’s political narratives. I understand the narratives. I’ve seen it for years and years. I’m trying to focus on solutions,” DeSantis said at the time.

He did note that he’d ordered the Florida Department of Law Enforcement to develop a “threat assessment strategy” – “so that when most of these people are administering warning signs or red flags, that we’re in a position to be able to do something about it and have an intervention.”

The Phoenix asked the agency how that effort was going but we haven’t heard back yet.

DeSantis said during his 2018 campaign for governor that he would have vetoed legislation enacted following the Parkland school shooting that raised the age limit for weapons purchased from 18 to 21 and expanded the waiting period for handgun sales.

“This is a pattern with him,” Stipanovich said.

“Go back to the Russian invasion of Ukraine, where he refused to say anything about that at the time,” he said.

DeSantis did lag behind other political figures in discussing the incursion, although he eventually praised Ukraine’s “moxie” and dismissed Vladimir Putin as “basically an authoritarian gas station attendant, OK, with some legacy nuclear weapons from the old Soviet Union.”

Before that happened, Press Secretary Christina Pushaw defended DeSantis’ silence, writing on Twitter: “It’s incredible how many journalists don’t understand that the governor of Florida’s job is to lead our state, why is he expected to comment on Russia/Ukraine?”

By engaging in a debate, the governor would open himself to the responsibility to suggest doing something about the problem, Stipanovich said.

“He gains nothing from it. He’s the epitome of self-interest when it comes to these types of things.”

“Why raise his head above the parapet and risk a wound by diving in?” he said.

On constitutional carry, DeSantis benefits from public confusion about whether he means permitless concealed carry or open carry — that is, letting people carry concealed weapons without training or background checks versus allowing them to wander the streets openly displaying firearms.

“The difference between those two positions is huge. Do you know what the Governor’s position is? What he means when he says, ‘constitutional carry?’ No. He hadn’t said,” Stipanovich said.

“He positions himself so people can see and hear what they want to see and hear. The right-wing gun nuts hear open carry, but those who think they’re a little more reasonable hear permitless carry. He lets all of them think what they want to think. Because there’ no percentage in him taking a real stand until the politics are clear to him.”

Brigham made much the same point. “Constitutional carry” is “a misnomer,” she said.

“It’s inaccurate. There’s no such thing as constitutional carry. It would be permitless carry, which means you would not have to undergo the more rigorous background check you receive when you apply for a permit, and the firearm-proficiency training that you have to take would go away.

“Now that this shooting has taken place, we’re hopeful that we won’t see that issue arise but we, at the same time, are vigilant,” Brigham said.

As for abortion, when signing the 15-week ban into law on April 14, DeSantis proclaimed: “We are there to defend those who can’t defend themselves,” adding, “This will represent the most significant protections for life that have been enacted in this state in a generation.”

No response to protest

But there was no response when the anti-abortion group, Florida Voice for the Unborn, demonstrated at the Florida Capitol this week demanding a special session to enact additional restrictions. Neither did legislative leaders react publicly.

Asked about it, Andrew Shirvell, the group’s founder and executive director, wrote an email describing the ultimate goal:

“Florida Voice for the Unborn’s position is that we want the governor to call an immediate special legislative session to abolish all abortions in Florida. That means a full prohibition on abortion so that all unborn children are protected from the moment of conception onward under the laws of the state of Florida.”

That means no exceptions for rape, incest, or human trafficking — only to preserve the life of the pregnant person. “If the mother’s life is truly in danger, such as in an ectopic pregnancy, then the medical procedure to save her life is not considered an abortion because abortions are the intentional killing of an unborn child,” he said.

As for DeSantis: “I expect Gov. DeSantis will become much more publicly vocal about what he plans to do to end abortion in Florida once the final Dobbs decision is issued,” Shirvell said. That’s the case the Supreme Court will soon decide testing Mississippi’s 15-week abortion ban.

nextNassau School Board zeroing in on tax increase proposal