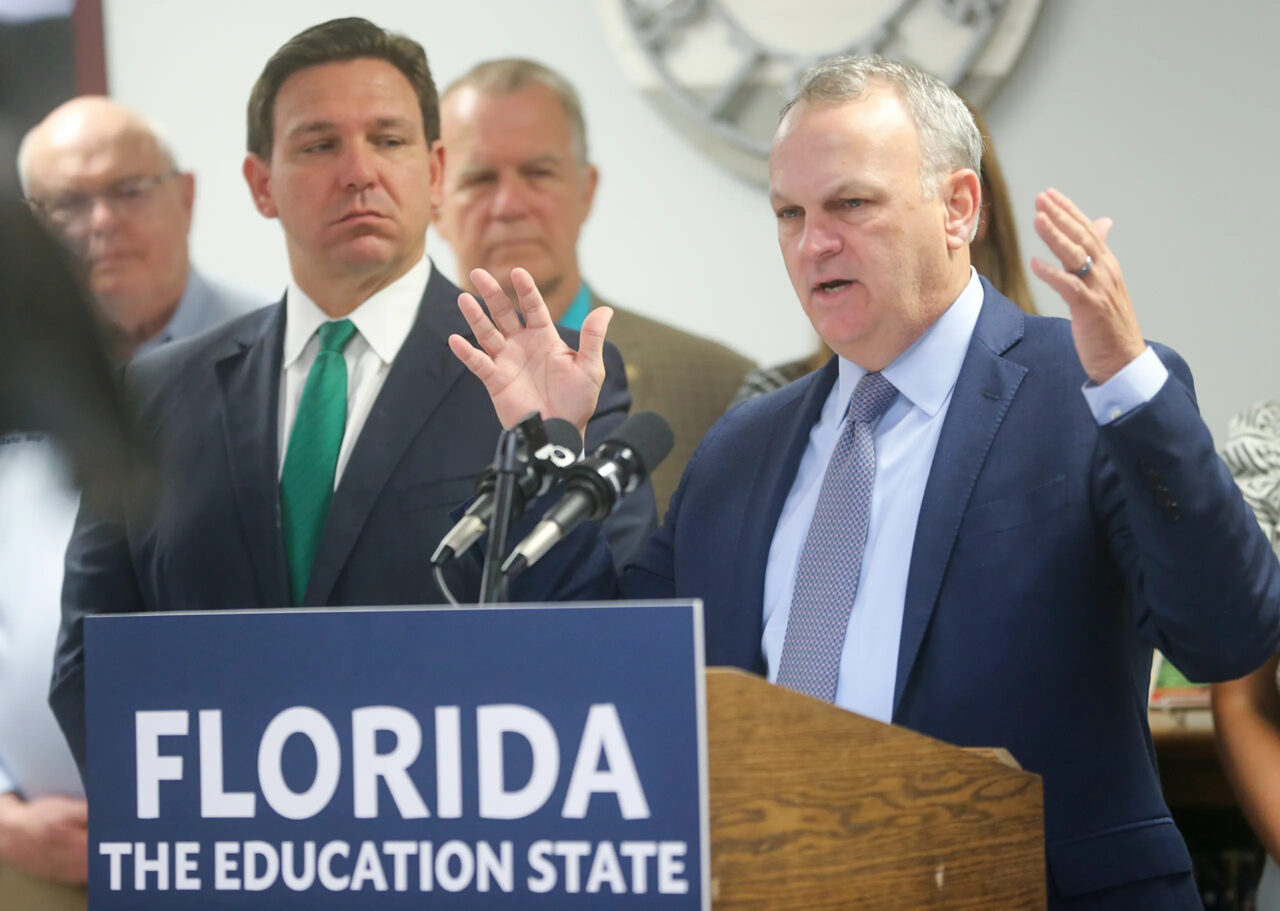 When the BOG meets late next month, Corcoran won't have gone anywhere.

Richard Corcoran may no longer be leading the Department of Education, but Gov. Ron DeSantis is keeping him close.

DeSantis appointed the former Education Commissioner and former House Speaker to the Board of Governors (BOG) of the State University System on Friday. It had been less than a month since Corcoran left the DeSantis administration, a move Corcoran made at the beginning of May.

Corcoran took over at the Department of Education at the start of DeSantis’ tenure and had been among his most prominent and impactful top lieutenants.

The BOG serves as the governing body for the State University System of Florida, which includes all public universities in the Sunshine State.

The BOG has 17 members, including 14 voting members appointed by the Governor. The panel also includes the Education Commissioner, who, beginning Wednesday, will be outgoing Hialeah Republican Sen. Manny Díaz.

Corcoran’s appointment will be subject to the Senate’s confirmation.

The Monday after Corcoran stepped down, Continental Strategies announced the Pasco County Republican would join their team as an equity partner. He will focus on strategic consulting and educational startups. Additionally, he joined Continental PLLC law firm as a partner.

Continental Strategy is a consulting firm with offices in Washington and Coral Gables that advises and lobbies on a wide range of issues and specializes in U.S. and Latin American policies and legislation.

Corcoran also has been the point person for some of DeSantis’ more controversial efforts, ranging from opposition to mask mandates in schools during the coronavirus crisis to this year’s legislation leading to widespread rejection of textbooks after cultural war reviews. Corcoran also backed the Parental Rights in Education law, called the “Don’t Say Gay” law by critics.

As Education Commissioner, Díaz will oversee the transition from the Florida Standards Assessment to a progress monitoring system during the coming school year. DeSantis last month approved the change, which will implement progress monitoring exams three times per year for students in pre-kindergarten through 10th grade. Díaz will also inherit a public school system with a teacher shortage.

Following the meeting when the Board of Education appointed Díaz as Corcoran’s successor, Corcoran said Díaz was the go-to lawmaker on education policy when they overlapped in the Legislature and after Corcoran had been appointed Education Commissioner. His advice to the Senator was to be himself.

“Go out there and be Manny and keep doing what you’re doing, because he’s accomplished a heck of a lot,” Corcoran said. “He’s made us look really good the last four years, and he made me look good in my six years in the Legislature.”