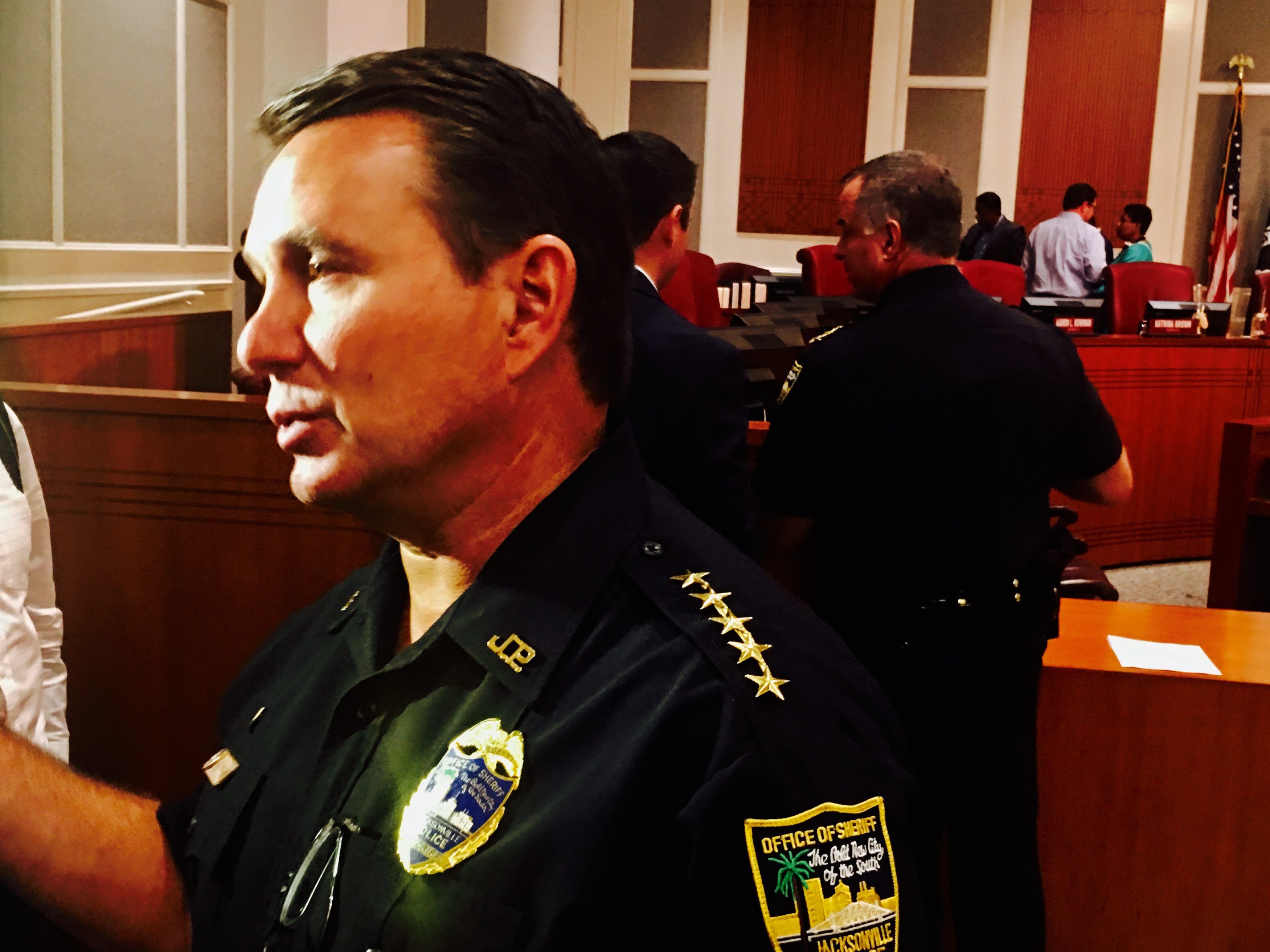 A press event in Jacksonville went on Wednesday without Sheriff Mike Williams, whose recent move to Nassau County violates a charter provision that the Sheriff live in Duval County.

The charter says that if “the Sheriff should die, resign, or remove his residence from Duval County during his term of office, or be removed from office, the office of Sheriff shall become vacant.”

The Jacksonville Sheriff’s Office was represented at the event, which kicked off the 2022 hurricane season, by Undersheriff Pat Ivey.

“We are here for you throughout the duration of any storm,” Ivey assured.

Reporters on hand pressed local officials about the absence of the Sheriff.

“The legal answer on this, the lawyers will figure it out. I’m not weighing in on that,” Curry said. “That’s between the lawyers and where that ends.”

The Sheriff’s move to Nassau County actually happened last year, and was reported by The Tributary, with local television news reporters subsequently confirming Williams’ plan to live outside of Duval after retirement.

The second-term Republican Sheriff would be term-limited next year if he stays in office, a matter that is still an open question.

That memo and the guidance contained within could lead to the 19-member City Council to set a Special Election to fill the opening. To make that happen in time for the August ballot, events would have to move quickly, assuming Williams doesn’t offer a legal challenge to any efforts to remove him from office.

Williams, born in Jacksonville and an alumnus of Bishop Kenny High School, was first elected to office in 2015. He was re-elected three years ago with more than 60% of the vote.

The Sheriff has endorsed myriad Republican candidates in both the 2022 and 2023 cycles, a sign that at least until this controversy, his name value was a net positive for political allies.